AncientPages.com - It’s a truly extraordinary discovery. Archaeologists are even slightly shocked. They have found traces of a 1,300-year-old Viking tower.

It has long been believed Vikings never constructed towers, but this assumption was wrong. The purpose of the tower is unknown. It was raised by a powerful Viking whose identity remains a mystery for now.

Excavating at Toftum, just a few kilometers west of Viborg, a city in central Jutland, Denmark, scientists found evidence of a 10 meters (32,8 ft) tall tower that was raised at the site during the Viking Age. 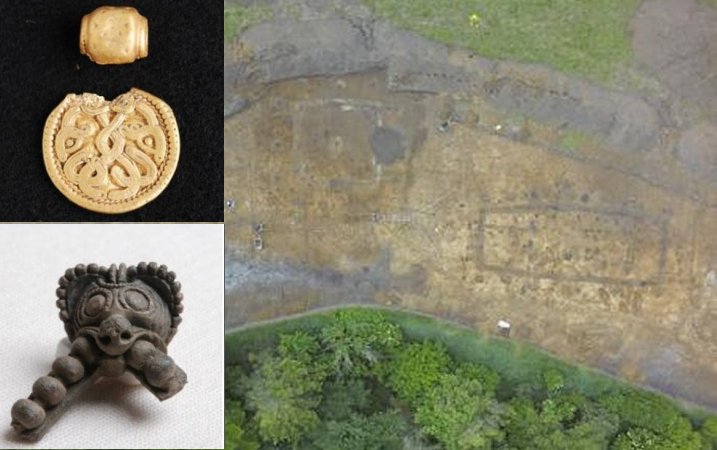 A Similar Viking Building Has Never Been Encountered Before

This is the first Viking tower ever found and re-writes the history of the Vikings.

The tower was built by a powerful Viking. It was deliberately raised close to Åled that was once a very important Viking trade center. 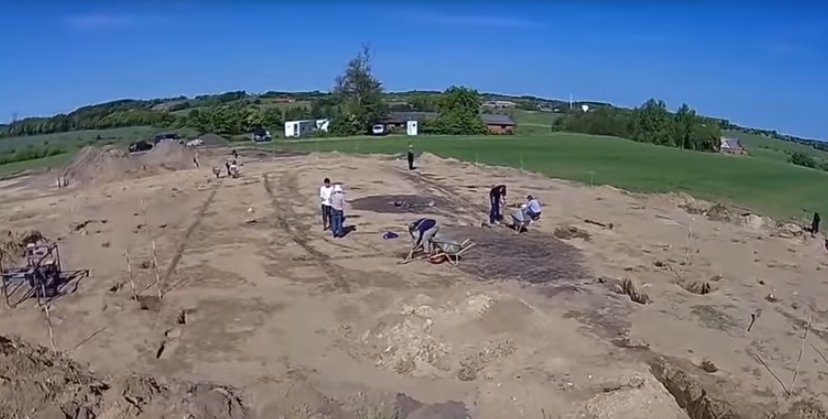 Kamilla Fiedler Terkildsen and her colleagues from Viborg Museum say they could hardly believe their eyes when they found traces of the Viking tower. They also add that they have never encountered an ancient structure like this one in Denmark.

The tower stands out from other places and it was part of an entrance to a large, aristocratic settlement from the Viking era. 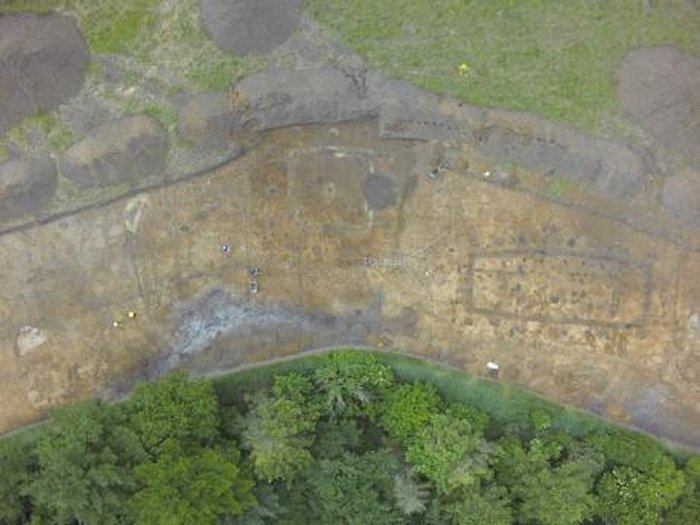 A drone image of the tower and pit houses. Image credit: Andree Gothe

Based on precious ancient artifacts impressive hall buildings discovered at the site, archaeologists conclude this place was once home to a rich and powerful Viking.

At the site, scientists also found foreign coins and beautiful ancient jewelry that offer evidence of contact with countries far beyond Denmark. A ceremonial house has also been unearthed. It is believed various rituals were performed there.

Archaeologists have not yet had the opportunity to excavate the entire northern part where all the so-called 'pit houses' - smaller buildings that were either residential homes workshops once stood.

However, satellite images and ground radar surveys of the area confirm these ancient buildings did exist.

Who Was the Powerful Viking Who Built the Tower?

To construct the tower took a lot of time and it was a costly project. Why was the Viking tower built and by whom?

These are questions archaeologists cannot yet answer, but there are some speculations that can shed light on this mystery.
Torben Trier Christiansen, PhD student who works at the Medieval and Renaissance archaeology department at Aarhus University thinks the tower was constructed by a clever, rich and powerful Viking who wanted to keep an eye on his workers.

A number of foreign coins were found at the site. To the right is very rare English Ceolwulf coin, the only one in Denmark. Image credit: Pernille Rohde Sloth

"The tower was raised during a time when the use of slaves was very common. Written historical sources tell Vikings, during their raids abducted people in Europe and brought them home as slaves, " Christiansen says.

He also points out the tower could have been raised to control the local area and peoples’ movements.

“It is an incredibly exciting design that represents a massive investment of labor and materials,” Christiansen said. 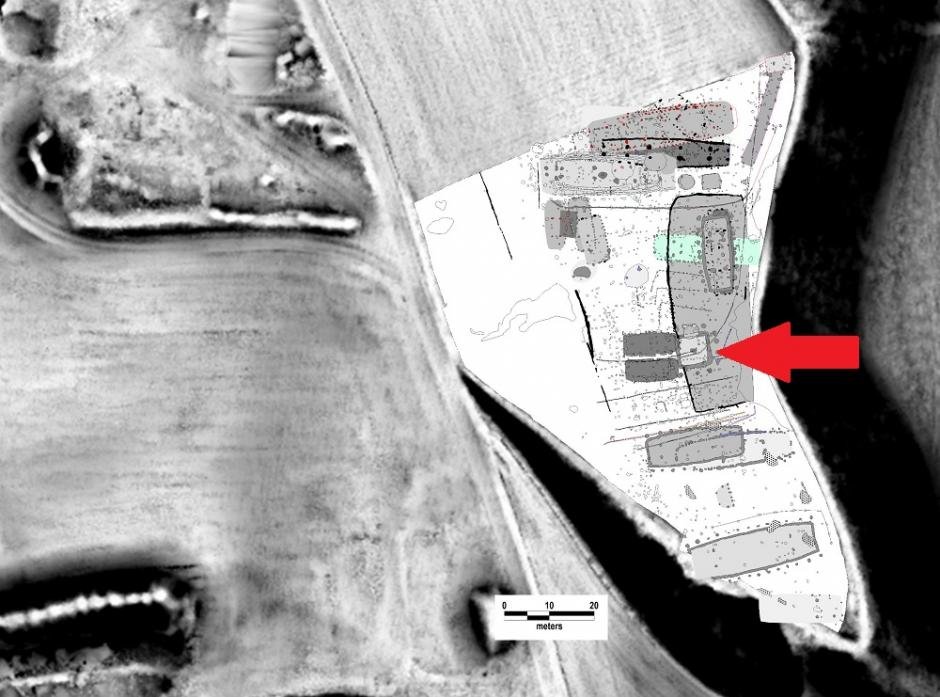 Mads Dengsø Jessen, archaeologist at the National Museum, who has helped to uncover the tower says we should not underestimate the connections people had in this small settlement. We might see this place as a small, isolated Viking settlement, but this was once an important trade center and people were aware of the world around them.

“We always underestimate how much they knew about the world around them at the time. One thinks that they did not know so much about each other, but of course they did it,” Mads Dengsø Jessen says.

Archaeologists will continue to excavate at the site and hopefully in the near future, we will learn more about the purpose of the first Viking tower ever found and mysterious powerful Viking who raised it.