Conny Waters - AncientPages.com - Very ancient tradition says that Talos, known as the most famous prehistoric robot constructed in Greece, was a gigantic mechanical device, used mainly to guard Crete. Talos was a giant bronze man built by Hephaestus, the Greek god of invention and blacksmithing.

Talos was commissioned by Zeus, the father of the Greek gods, to protect the island of Crete from invaders. He marched around the island three times every day and threw large boulders at approaching enemy vessels. 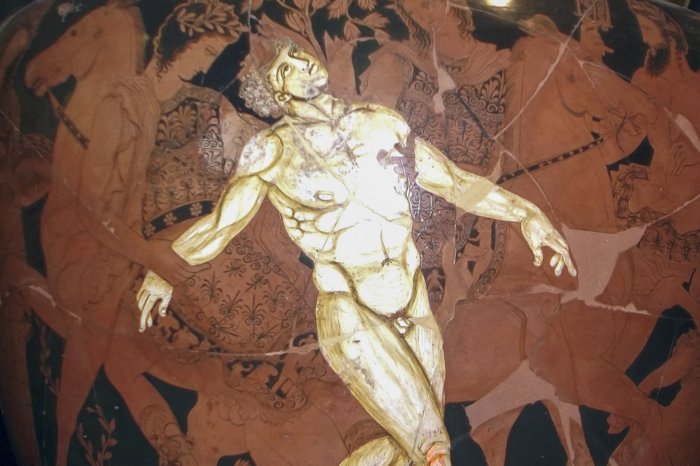 A Greek vase painting, dating to about 450 B.C., depicts the death of Talos. Stanford’s Adrienne Mayor examined the myth of Talos and others in her latest research. (Image credit: Wikimedia Commons / Forzaruvo94)

A beautiful Pandora, the first artificial woman was most probably created by Hephaestus (Hephaistos) and used by Zeus to deliver misfortune and misery to the planet inhabited by man.

Such incredible artificial achievements are mentioned in myths and legends of people in ancient Greece and these stories certainly shaped imagination of these people.

The monk Gerbert d'Aurillac (920-1003 AD), Professor of the University of Rheims who later became controversial Pope Sylvester II, was reported to have possessed a bronze automaton (the "robotic head"), which answered with "yes" or "no" to various questions regarding religion and politics.

Also Albertus Magnus (1206-1280 AD), the Bishop of Regensburg also known as Saint Albert the Great, constructed his famous automaton called 'Androides', which was composed of "metals and was able to walk, speak and performed household tasks.

Adrienne Mayor, a research scholar in the Department of Classics in the School of Humanities and Sciences, Stanford University, has long traced the idea of automata back to the Middle Ages. She says that the concept of artificial, lifelike creatures dates to the myths and legends from at least about 2,700 years ago. These ancient myths are the subject of Mayor’s latest book, Gods and Robots: Myths, Machines, and Ancient Dreams of Technology.

“Our ability to imagine artificial intelligence goes back to the ancient times,” said Mayor. Long before technological advances made self-moving devices possible, ideas about creating artificial life and robots were explored in ancient myths.” 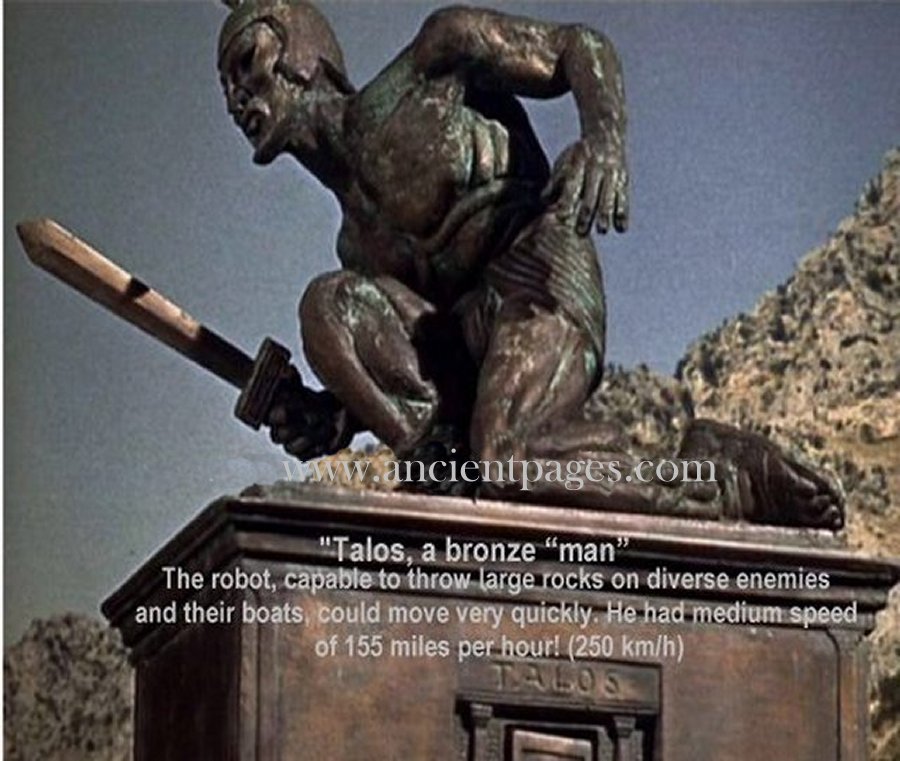 Talos was the first ancient Greek robot, according to myths.

Mayor, a historian of science, said that the earliest themes of artificial intelligence, robots and self-moving objects appear in the work of ancient Greek poets Hesiod and Homer, who were alive somewhere between 750 and 650 B.C.

The story of Talos, first mentioned around 700 B.C. by Hesiod, offers one of the earliest conceptions of a robot, Mayor said. At his core, the giant had a tube running from his head to one of his feet that carried a mysterious life source of the gods the Greeks called ichor. Another ancient text, Argonautica, which dates to the third century B.C., describes how sorceress Medea defeated Talos by removing a bolt at his ankle and letting the ichor fluid flow out, Mayor said.

The myth of Pandora, first described in Hesiod’s Theogony, is another example of a mythical artificial being, Mayor said. Although much later versions of the story portray Pandora as an innocent woman who unknowingly opened a box of evil, Mayor said Hesiod’s original described Pandora as an artificial, evil woman built by Hephaestus and sent to Earth on the orders of Zeus to punish humans for discovering fire.

“It could be argued that Pandora was a kind of AI agent,” Mayor said. “Her only mission was to infiltrate the human world and release her jar of miseries.”

In addition to creating Talos and Pandora, mythical Hephaestus made other self-moving objects, including a set of automated servants, who looked like women but were made of gold, Mayor said. According to Homer’s recounting of the myth, Hephaestus gave these artificial women the gods’ knowledge. Mayor argues that they could be considered an ancient mythical version of artificial intelligence.

The ancient myths that Mayor examined in her research grapple with the moral implications of Hephaestus’ creations.

“Not one of those myths has a good ending once the artificial beings are sent to Earth,” Mayor said. “It’s almost as if the myths say that it’s great to have these artificial things up in heaven used by the gods. But once they interact with humans, we get chaos and destruction.”

“People have an impulse to imagine things that aren’t possible yet,” Mayor said. “There is a timeless link between imagination and science.”