A. Sutherland  - AncientPages.com - Edzná is an ancient place that was populated in 400 BC and abandoned c. 1500 AD.  It is a Maya archaeological site in the north of the Mexican state of Campeche.

Much of what is known about Edzná and its historical chronology originates from the engravings on the discovered stelae. 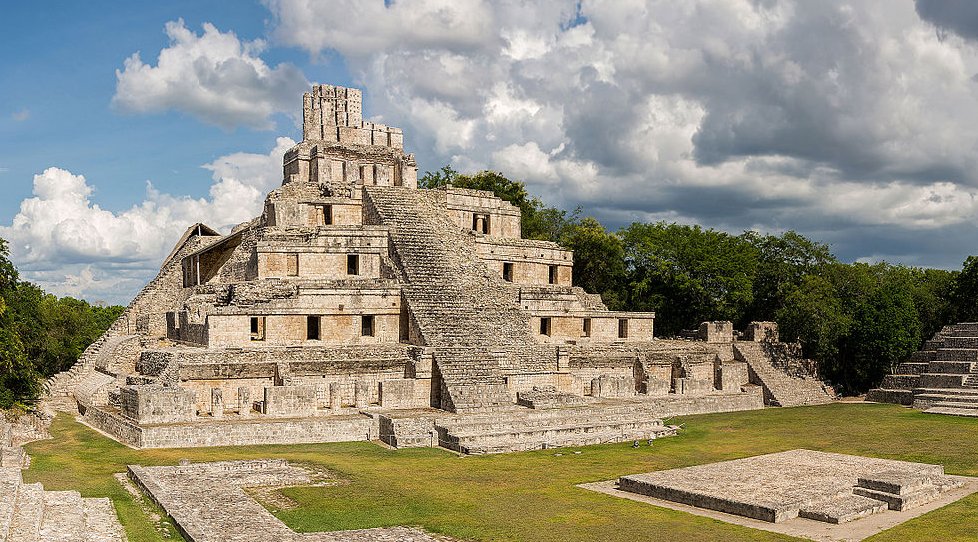 The Great Acropolis, with the Building of the Five Floors. source

However, it is not enough to uncover all the secrets of this ancient site, and therefore, the decline and eventual abandonment of Edzná remains a mystery.

The place's name comes from an old Mayan-Yucatec word, probably referring to the "Itzáes," an ethnic group of Guatemala associated with the Maya people. So, one can say that in this case, Edzna's name would mean "House of the Itzáes."

There is also another possibility that Edzna means "House of the Echo" since a specific acoustic phenomenon occurs between certain main buildings at the site.

Edzna's name could also mean "House of Gestures" due to the stucco figure that once existed on the crest of the tallest building in the area. Edzna is not only a fascinating site because of its long history. 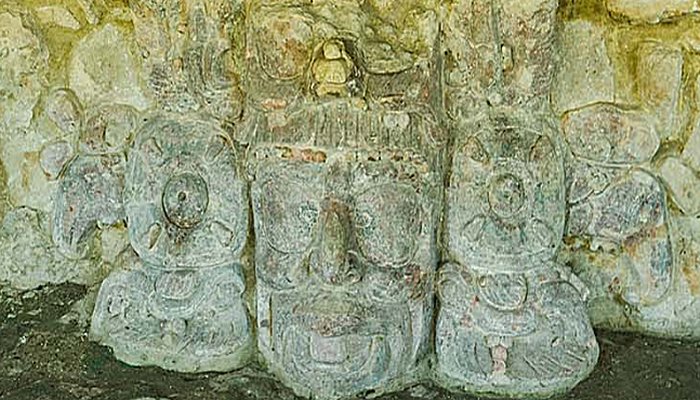 Temple of the Masks at Edzna. source

Although the site was discovered in 1907, the first excavations started a half-century later and revealed remarkable technological developments of the Maya people. To fight troublesome floods in the region of Edzna, the Maya people came up with an ingenious plan to keep high humidity almost all year round, not only during the rainy season.

They developed an advanced hydraulic system with a network of canals that drained the valley, and the water was directed to a lagoon, which was transformed into a dam. Other channels served to irrigate the fields, so cultivation flourished, and at the same time, the channels provided plenty of fish.

In the Late Classic period, Edzná was part of the Calakmul society, and Calakmul means "City of the Two Adjacent Pyramids". It was one of the three largest and most significant Mayan city-states, next to Guatemala's Tikal and Palenque.

At the time, Calakmul was ruled by the dynasty of the Serpents, and these rulers identified themselves as Divine Lords of the Snake ("k'uhul kaanal ajaw"). 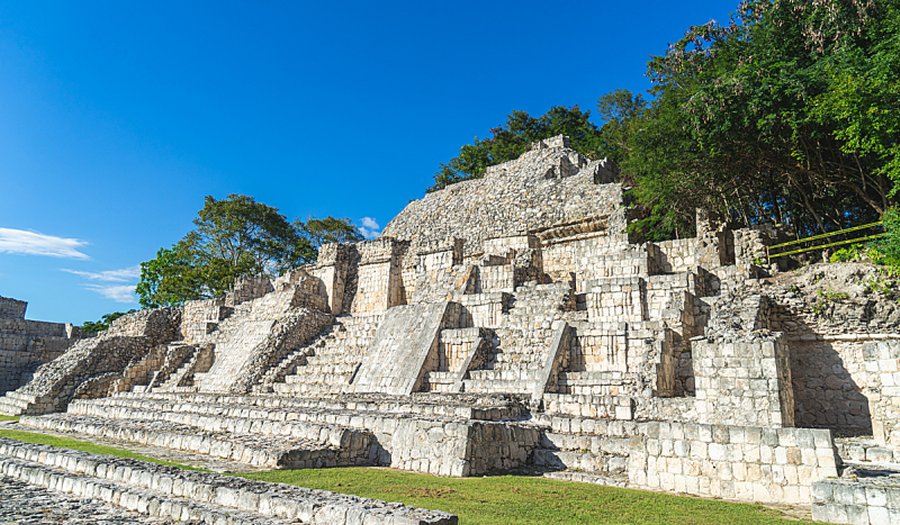 The most famous structure in Edzná - and perhaps its most outstanding - is the Five-Story Temple, measuring 31.5 meters in height, painted bright red in antiquity, and surrounded by other large temples and ceremonial platforms up the city's magnificent acropolis.

On the outside of this Acropolis, the entire area is enclosed by a large 135-meter elongated platform that spans the site's core. The structure shows evidence of several large rooms probably used for administrative purposes, while the surrounding area served as the central marketplace.

The ancient Maya places had famous ballcourts or Pok ta Pok, and so had Edzna. The southern temple of Edzna is also an interesting structure as it is an excellent example of Teotihuacan-inspired architecture with adornments including stucco figures such as masks representing solar and rain deities. 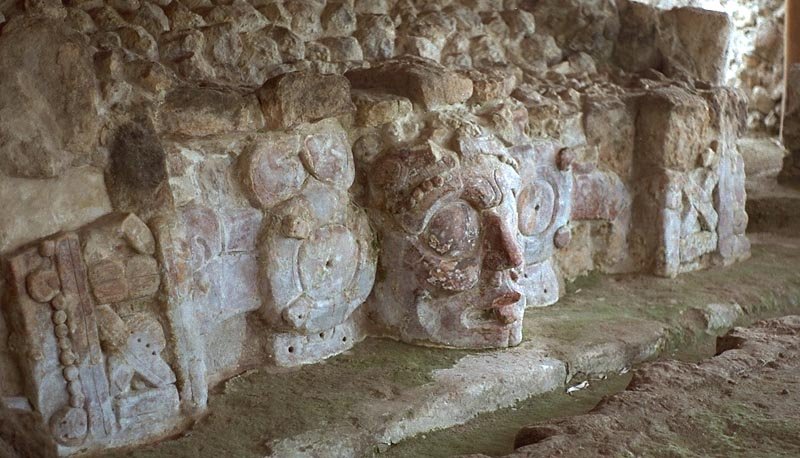 The Temple of the Masks features stucco depictions of the Maya Kinich Ahau, solar deity Kinich Ahau. The faces have human features and attributes associated with the ruling elites, such as squint eyes, nose rings and earmuffs, mutilated teeth, and zoomorphic headdresses.

This temple was discovered in 1988, to the west of the Small Acrópolis. At the base of this structure, excavations revealed two magnificent stucco masks. One depicts the young Sun God at sunrise and the other, the old Sun God at sunset.

At Lamanai, Belize, there is also the Temple of the Masks, an impressive structure adorned by 13-foot masks of ancient Maya King, considered either an Olmec God or Kinich Ahau Maya Sun God) with a headdress of a crocodile.

Unfortunately, these masks, once typical for most Edzna structures, did not survive.