A. Sutherland  - AncientPages.com - Hattusa was the capital of the kingdom of the Hittites in the late Bronze Age.  In the 2nd millennium BC, the kingdom stretched from the Aegean across Anatolia, Turkey, northern Syria, and to the Euphrates River.

In ancient times, it was a great city, and even today, its magnificent ruins attest to the greatness of this place. The population of the old capital is estimated to have been 50,000 at its most. 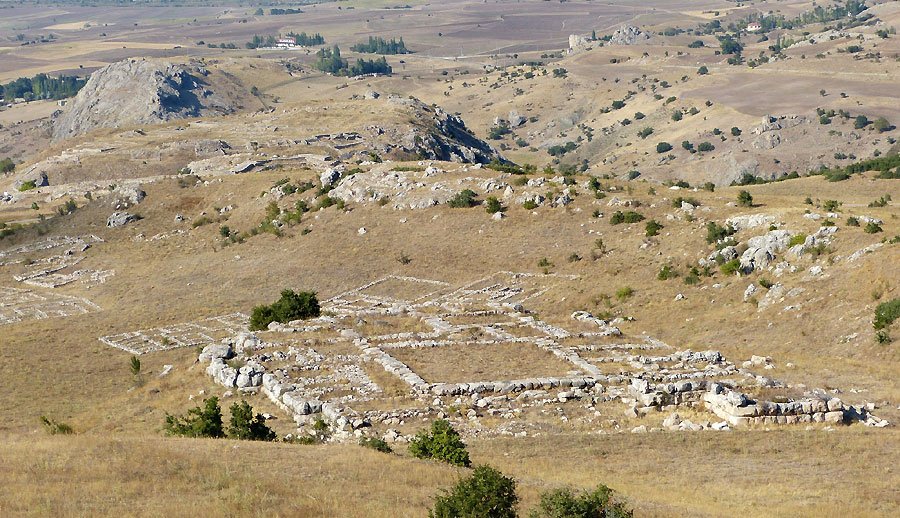 Hattusa is one of Turkey’s great ruins of the capital of the Hittite Empire.

Hattusa has a rich history with its six-kilometer walls surrounding the ancient city, its monumental gates, the 71-meter-long underground passage, and 31 temples unearthed so far. The Lion Gate, the King Gate, and the Yazılıkaya Open Air Temple are some of the impressive landmarks.

The first settling around Hattusa took place in the 6th millennium BC during the Chalcolithic period, when small, widely scattered hamlets appeared, most particularly on mountain slopes and rocky outcroppings. Late in the 3rd millennium BC, towards the end of the Early Bronze Age, a Hattian settlement developed, marking the beginning of continuous occupation at the site. 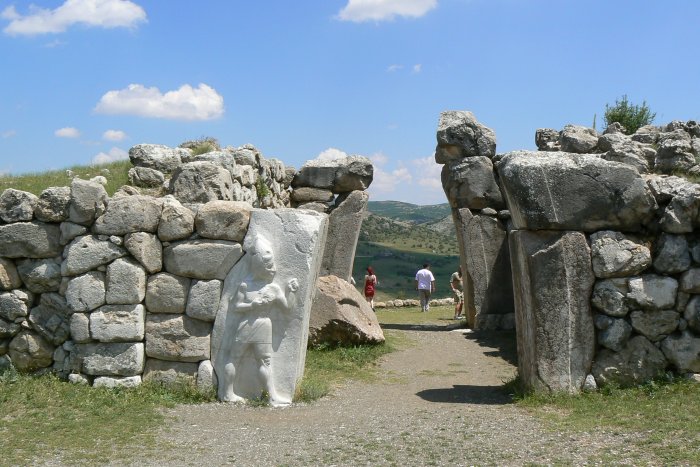 The Hittites ruled the central Anatolian kingdom of Hatti from c. 1900 - 800 BCE. They formed the earliest known Anatolian civilization and employed an advanced system of government based on an established legal system. Their military was well trained, well equipped, and employed chariots that were the lightest and fastest of their time.

Hattusa consists of two sites: the Lower City and the Upper City. The Hittites built their capital on a site that could be well defended.

The ruins of the upper city’s fortification reveal that the city was surrounded by a double wall (forming a perimeter of roughly 8 km) with more than a hundred towers and, as far as is known today, five gateways: two in the west, Lion’s Gate in the south-west, the King’s Gate in the south-east and a procession gate, the Sphinx Gate in the south of the city. 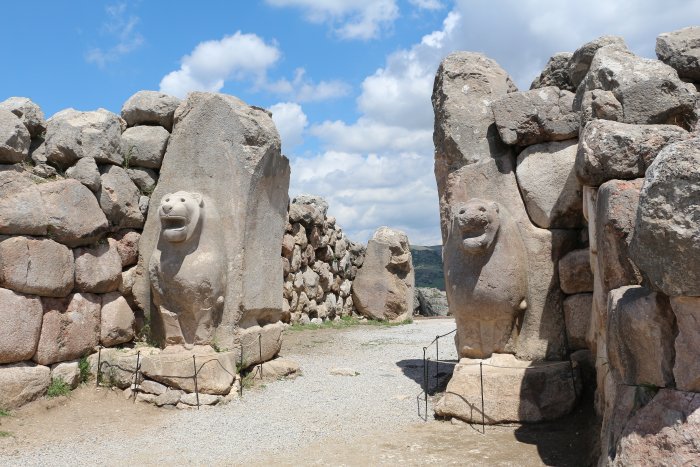 Hattusa - The Lion Gate in the south-west

To the north, beyond the walls, there was a necropolis cut into the rock at Osmankayasi and the great sanctuary of Yazilikaya, whose walls decorated with bas-reliefs are the undisputed masterpiece of Hittite art. 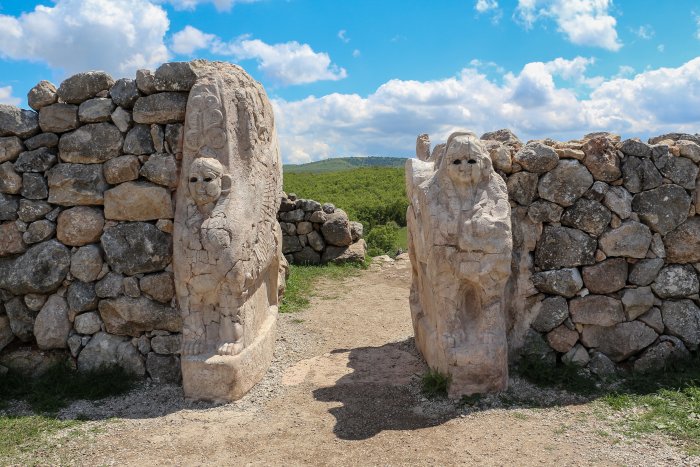 The best-preserved ruin of a Hittite Temple from the 13th century B.C., known as the Great Temple, is located in the Lower City. The Great Temple was dedicated to the god of storms and the goddess of the Sun, Arinna, and surrounded by an array of buildings including stores.

Thousands of cuneiform tablets were found in this area. One of the most important discoveries has been the cuneiform royal archives of clay tablets, consisting of official correspondence and contracts, as well as legal codes, procedures for a cult ceremony, oracular prophecies, and literature of the ancient Near East.

One particularly important tablet, currently on display at the Istanbul Archaeology Museum, details the terms of a peace settlement reached years after the Battle of Kadesh between the Hittites and the Egyptians under Ramesses II, in 1259 or 1258 BC.

Twelve Hittite gods of the Underworld in the nearby Yazılıkaya, a sanctuary of Hattusa. Image credit: Wikipedia

Other temples of similar date and shape, albeit generally smaller, are situated in the Upper City, which mostly consisted of a temple city for the gods and goddesses of the Hittite and Hurrian pantheon. The remains of a densely inhabited city district were unearthed in the Lower City, where their foundations and arrangement can still be seen in the area north of Great Temple.

The site, discovered in 1834, was not comprehensively excavated until 1906. The site has been on the World Heritage List since 1986.