A.Sutherland  - AncientPages.com - Established in the middle of the 8th century, Birka was an important trade hub for goods from Scandinavia, Central, and Eastern Europe, and the Orient.

It was also the site of the first Christian gatherings in Sweden, organized in 831 by Saint Ansgar, a nobleman, later Archbishop of Hamburg-Bremen, who preached and made converts for six months at Birka. 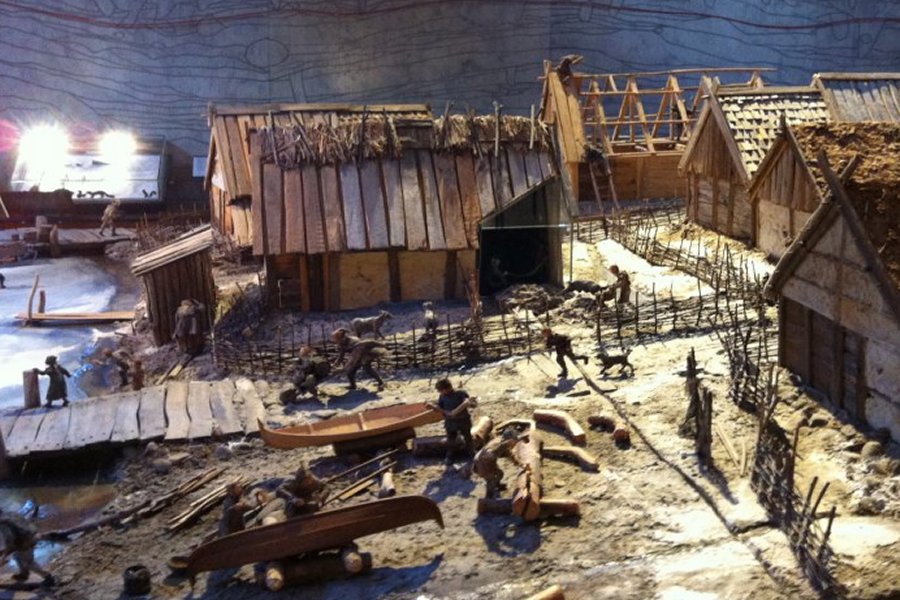 A reconstruction of Birka

Birka spread over 32 acres and was located on the island of Björkö (‘Birch Island’) on Lake Mälaren, Ekerö, Sweden.

The town had a perfectly secured natural position and guarded by a large, 100 ft (c. 30 m) high mass of rock on its western side.

Additionally, there was a rampart of stone and earth about 20 – 40 feet (6-12 m) wide that ran in an arc from north, south, and east.  Both structures protected inhabitants and enabled observations of approaching enemy ships for many miles in all directions.  Birka was walled in the 10th century and there were timber watch towers all linked together by a palisade about 6 ft (1.8 m) high. 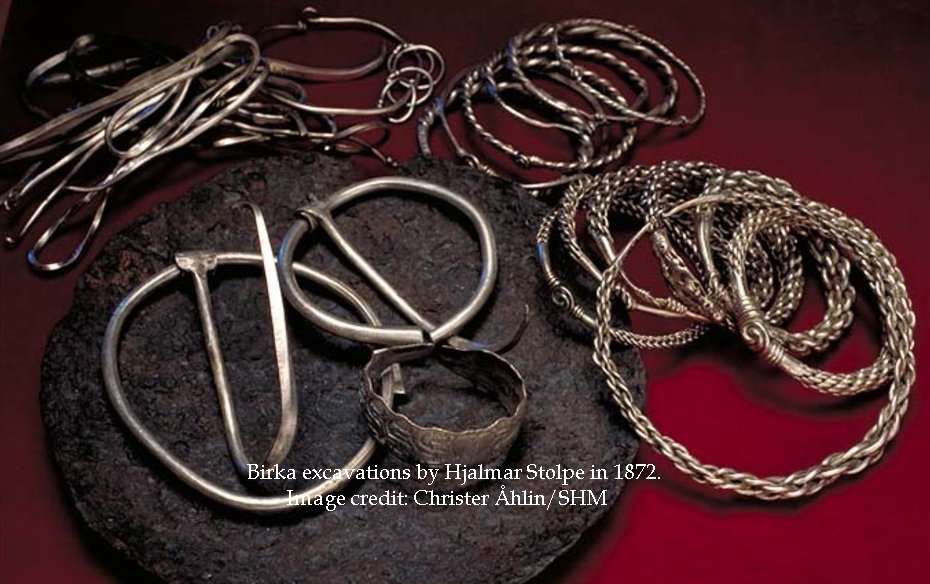 The place started as a marketplace for local commerce especially focused on the fur trade and within a period of 25 years, it experienced the rapid increase of Viking trade that through waterways surrounding Birka, spread to England, Frisia, to east and south.

The trading town was governed by a representative of the king, in fact, throughout the 9th century several kings are mentioned in Birka, but the extent of their control over this trading town is unknown. It is also unknown which king built the town.

About the 10th century, Birka had approximately 1,000 inhabitants. It had its own Thing, Viking law and order, based on the so-called Thing system. A Thing was the governing assembly made up of the free people of the community. Each community had its own independent Thing where all free Vikings could gather to make law, make decisions and resolve disputes.

The major source of Birka’s prosperity was the fur trade; ships transported fur to many countries in Europe and further to Caliphate in Baghdad. The Vikings traveled east into the Gulf of Finland and continued on the Volga River of Russia, or south to flourishing Gotland and Hedeby. Goods such as iron, horn, and amber were exchanged for silver coins, the coins were usually melted down and turned into jewelry; luxury goods such as silk, glass, and spices were also exchanged.

Strangely, the town was abandoned and ceased to exist as a manufacturing and commercial center around 960 AD but the island of Björkö was continuously inhabited.  Another town, Sigtuna, located further north in Stockholm county became a replacement for Birka’s trade activities. 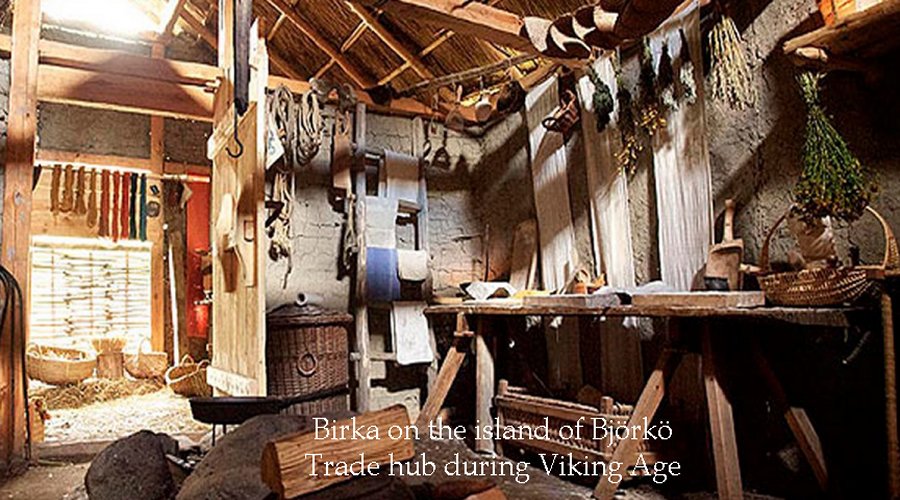 The reasons for Birka's decline are disputed but it has been suggested that the place was attacked and destroyed.

Birka has been excavated since the 17th century and plenty of precious artifacts have been found there over the years. The late 19th century excavations carried out at Birka by Hjalmar Stolpe (1841 – 1905), a Swedish archaeologist, and ethnographer, revealed about 1200 graves, a large number of coins, vessels, weapons, pottery, and silks, being evidence of commercial contacts between people at Birka and Eastern Europe and Western Asia.  One of the most important discoveries made at Birka is a tiny dragon’s head, one of the most famous symbols of the Vikings. 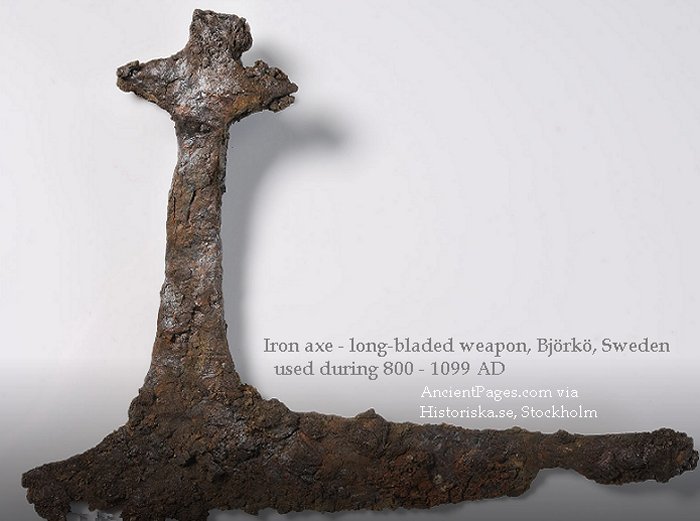 Another intriguing discovery is the Birka Ring,  an ancient Viking artifact that has an unexpected inscription of foreign origin.

Today, there are approximately 3000 graves of several different types, on the island of Björkö.  The artifacts unearthed in them tell of an ancient Viking society with a strong hierarchy and big differences between classes and gender as well. These artifacts – especially jewelry – present evidence that some people of the Viking society remained Christians until their death; however, many of them continued to worship the old Norse gods.

It means that St. Ansgar's contribution to Sweden's Christianity was not particularly fruitful.