A. Sutherland - AncientPages.com - The Egyptians always differed in their lifestyle, appearance, and customs from the peoples with whom they came into contact.

They emphasized their otherness, individuality, and showed reluctance to accept anything from strangers. That's why, in Egyptian paintings, it's so easy to recognize any foreign visitor to the country on the Nile. 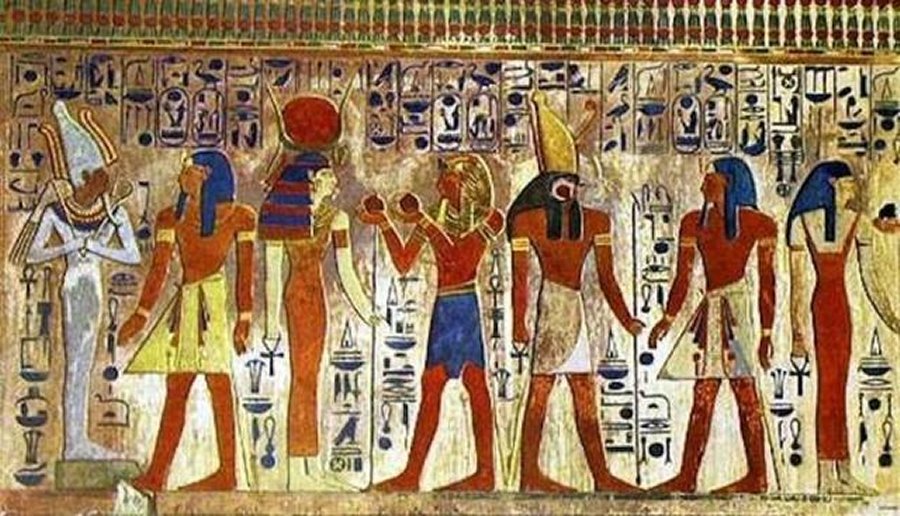 Whether they were diplomats, shepherds, merchants, slaves, mercenary soldiers, or invaders, they differed in dress, hairstyles, and ornaments, their appearance was very different from that of the Egyptians.

Ancient Egyptians considered garments and cloth, one of the most important elements in a person’s life. People today have a very similar attitude, no matter their culture, and traditions. In ancient Egypt, clothing was an evident symbol of a person’s social position and wealth. It was also used as a form of security for a loan or it was given away as a mark of respect and honor or left as a legacy.

Clothing that has already been worn was often reused.

Linen Was Worn in Ancient Egypt

For thousands of years, the basic style of Egyptian clothes remained unchanged. Women wore a simple, tight-fitting, ankle-length dress with two shoulder straps, while men wore a kilt, made from a piece of linen wrapped around the waist and tucked in. Kilts could be either knee- or ankle-length.

Linen was considered clean due to the plant origin and it was also easy to keep clean. In winter, men and women wore cloaks made from thick linen. Fine linen was delicate, light, and cool, and it works perfectly in a hot climate. Therefore, it was popular during very warm months.

White color was most important in ancient Egypt and was good to wear in the sun and heat.

Farmers and other working men wore a kind of ‘loincloth or kilt’ made of coarse linen, wrapped around waist and legs. While hunting and fishing, men usually could skip clothing and women working hard in the fields, could wear only a loincloth or short kilt, while very young children could play around without cloth but older ones wore the same type of clothes as their parents. 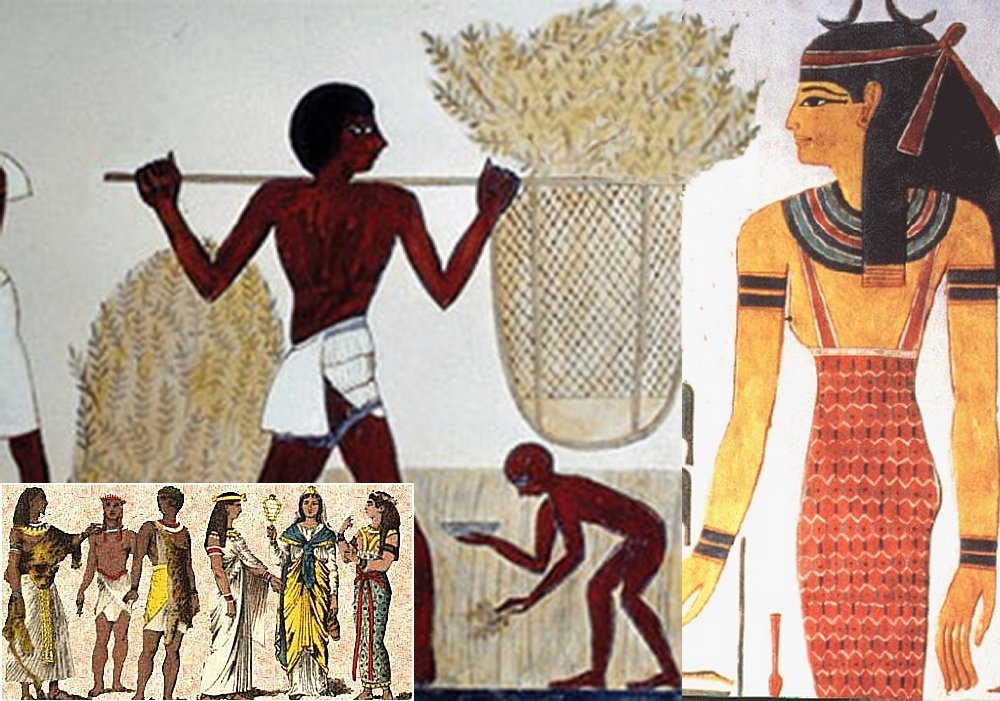 Women in ancient Egypt wore wrap-around clothing, which included kilts, skirts, cloaks and shawls, and some dresses. Men wore aprons that only covered the genital region. Aprons are not the same as a kilt. They also wore a long, almost transparent kilt over their short tunics. Tunics (usually kept plain without decorations) and cloaks were made of pleated cloth became trendy for men and women.

Most popular were clothes made of linen, other materials included goat hair, palm fiber, sheep wool.

Over their basic tunic, women began to wear a pleated garment that sometimes had a brightly colored fringe, decorated by small ornaments hanging from it.

Egyptians didn't wear hats. They sometimes wore hair bands to keep their hair out of their face of wigs.

The Egyptians decorated their clothes with beads and feathers and liked their jewelry, makeup, and diverse hairstyles to create a dramatic effect. During the time of the New Kingdom, a more elaborate style of dress developed in Egypt.

Usually, most of the Egyptians went barefoot, most of the time, but the rich wore sandals made from leather (often decorated) while poor had sandals made of woven papyrus or of woven grass. A pharaoh could possess a pair of golden sandals.

No ancient Egyptian costume was complete without a selection of jewelry. Even poorer people wore necklaces, bracelets, and earrings, collars, rings, and necklaces.  Jewelry was worn to show wealth and to look beautiful and attractive for their gods.

Poor people’s jewelry was made from copper and faience (colored, glazed pottery), while the rich wore golden and silver jewelry, often decorated with glass and small semiprecious stones.

Colorful and very decorative collars were commonly worn by rich and poor men and women. They were composed of several strings of beads, often adorned with semiprecious stones, glass, leaves. Collars additionally adorned with cornflowers and olive leaves were found in the pharaoh Tutankhamun’s tomb.