Ellen Lloyd - AncientPages.com - Some people are so dedicated to a cause that they can do things most of us consider incredible. When Rhodogune of Parthia learned about an uprising she refused to bath and comb her hair until she had subdued the rebels. Fortunately for her, she accomplished what she wanted in a short time. 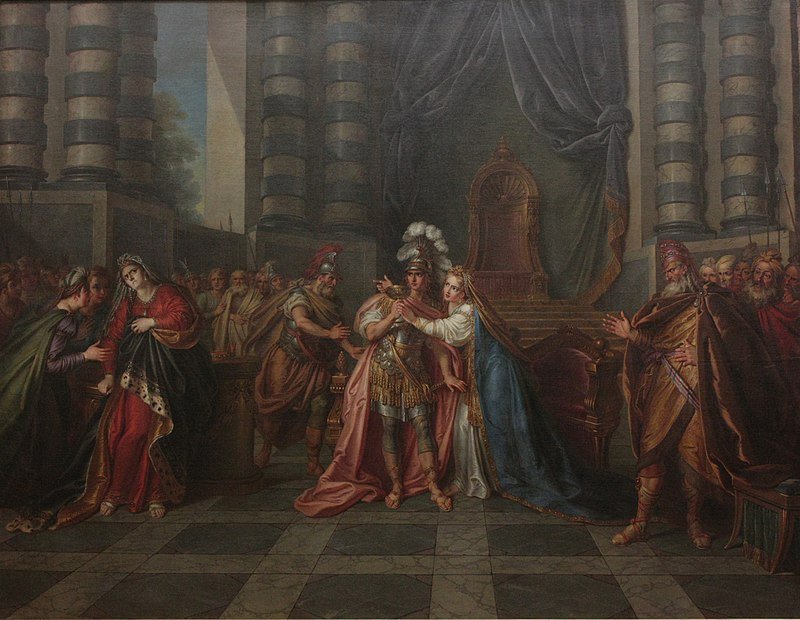 Anachronistic painting of Rhodogune with Cleopatra II of Egypt by the 18th-century French painter Charles-Antoine Coypel. The Seleucid ruler Antiochus VIII Grypus is to the far right. Credit: Public Domain

As the wife of Seleucid king Demetrius II Nicator she lived with her husband and their children in Hyrcania on the shores of the Caspian sea. Hyrcania which means "Wolf-land", bordered Parthia to the East, and after the Sasanian Empire in 651 AD, Hyrcania was known as Tabaristan.

Life changed dramatically for Rhodogune during the invasion of Parthia by Demetrius' brother, Antiochus VII Sidetes. After an ill-fated campaign in Babylonia, her husband tried to on several occasions to escape from Parthia, but he failed.

The Parthians established an empire that lasted almost 500 years, from the mid-3rd century BC until 224 CE. Their empire was the most lasting of the empires of the ancient Near East. 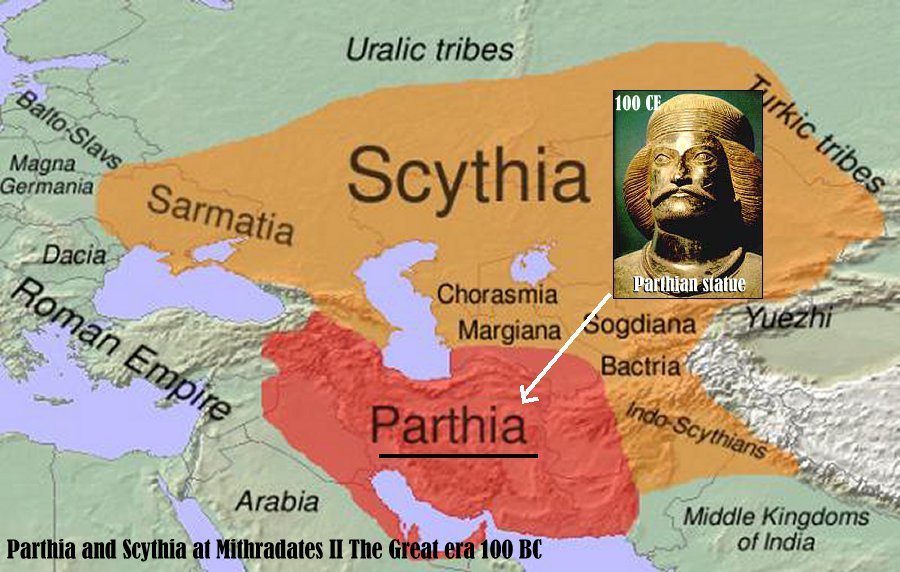 They came to power under king Mithradates the Great (171-138 BC); their territories stretched from the Euphrates River in the west to Central Asia and the borders of Bactria in the east. The Parthian empire occupied Iraq, Armenia, all of modern Iran, parts of Turkey, Georgia, Azerbaijan, Turkmenistan, Afghanistan and Tajikistan, and for short time, also territories in Pakistan, Syria, Lebanon, Israel, and Palestine.

Strangely, despite their enormous role in forming a strong link between the peoples of East Asia and Europe - the Parthians were overshadowed by the Achaemenids and Sassanids.

In 200 B.C. Rhodogune “got word of a revolt when she was taking a bath. Vowing to end the uprising before her hair was dressed, she hopped on her horse and rushed to lead her army to defense. True to her word, she directed the entire, lengthy war without ever bathing or combing her hair. Portraits of Rhodogune al-ways faithfully depict her dishevelment.” 1 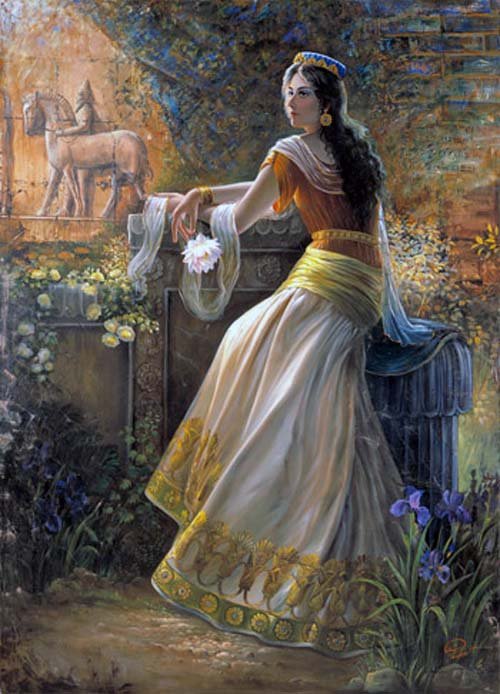 According to Aeschines, (390 B.C. - 314 B.C) orator and statesman of Athens, Rhodogune, queen of the Persians “made the Persian kingdom most powerful. For she was, he says, so brave in her deeds and frightening that once, while in midst of arranging her hair, she heard that several tribes had rebelled, She left her hair semi-braided and did not braid if until she had captured and subdued the aforementioned tribes. That is why a golden statue of her was dedicated, with haft her hair braided round her head and other half hanging loose.” 2

Rhodogune Of Parthia is one of many ancient women who accomplished something that changed history and yet, there is so little historical information about her.