Ellen Lloyd - AncientPages.com - Have you ever wanted to become invisible? You may have to wait until an invisibility cloak like the one Harry Potter uses is available in the local store. 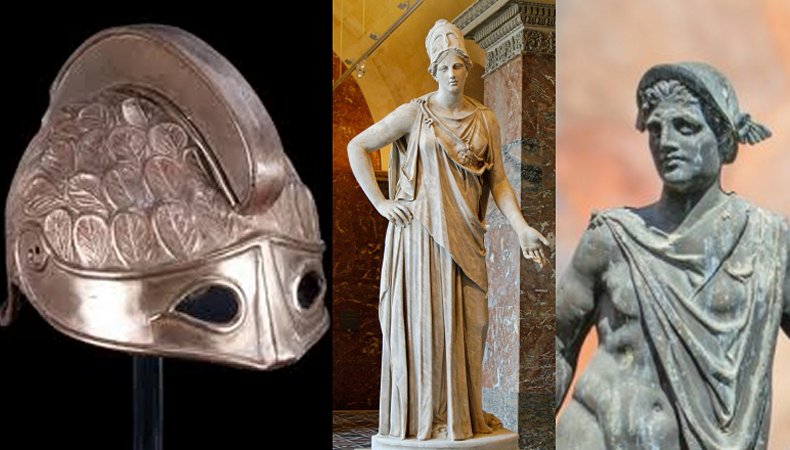 One of them was the magical Ring of Gyges that granted its owner the ability to become invisible at will.

The magical ring was perhaps a mythical object, but Gyges himself existed and was in fact, a historical figure, though barely anything is known about his life and reign.

The Cap Of Invisibility is mentioned in Greek mythology. It was a helmet used by goddess Athena, gods Hermes and Hades and the hero Perseus whenever they wanted or had a need to becomes invisible.

After god Zeus liberated the Cyclops who had been held as prisoners of Tartarus, the giants wanted to return the favor. They were certainly ugly and frightening to look at, but they were skilled builders and craftsmen.

The Cyclops "went to work, beating metal on the anvil, forging for Zeus the lightning and thunderbolts of his wrath. For Poseidon, they made a huge trident, a three-pronged fork with wicked points. And for Hades, later Lord of the Underworld, they fashioned a cap of invisibility.” (Michael Foss - Gods and Heroes: The Story of Greek Mythology)

Hades was the one who owned the Cap of Invisibility and he used it when he fought the Titans. It was believed that Hades was especially dangerous when he roamed the Earth wearing his helmet of invisibility. 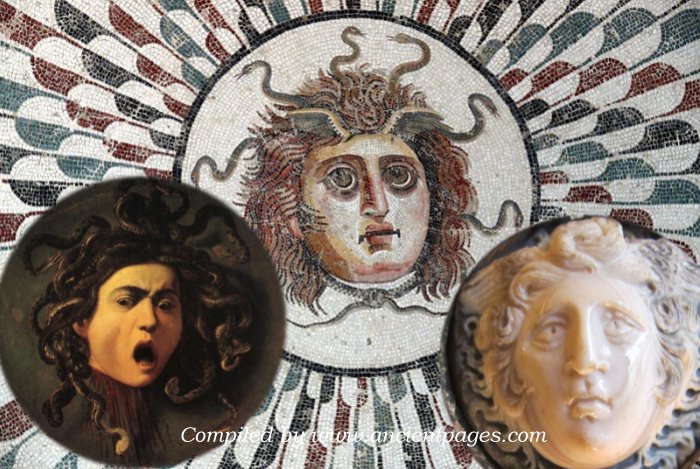 Perseus used the Cap of Invisibility to kill Medusa.

Goddess Athena worn the Cap of Invisibility on several occasions. During the Trojan War she had to become invisible so that Ares, the Greek god of war and one of the twelve Olympians couldn’t notice she was helping Diomedes, his enemy.

When god Hermes was forced to fight the giant Hippolytus, whom he also killed he didn’t neglect to wear the Cap of Invisibility.

One of the most famous mythological stories relating how practical the Cap of Invisibility involves hero Perseus’ slaying of the Medusa monster.

Medusa’s fate was sealed once she was cursed by Athena. As mentioned earlier on Ancient Pages, Perseus sought Medusa out to vanquish her once and for all.

What was tragic for Medusa was that Perseus had some help from the gods. He was given special weapons to defeat her and escape from her monstrous siblings. Athena gave Perseus the Cap of Invisibility. Wearing the magical helmet Perseus could avoid the gorgon’s deadly gaze and successfully escape from the immortal monsters Sthenno and Euryale after he had decapitated Medusa.

The Cap of Invisibility offered full protection, and its wearer could hide even from the eyes of supernatural beings.

This amazing magical object is also known as the Cap of Hades, Helm of Hades, or Helm of Darkness. The ability to become invisible is mentioned in many myths and legends.

In Welsh mythology, we come across a "Mantle of Invisibility" in the story of Culhwch and Olwen. In German mythology a dwarf king is the owner of the Tarnkappe that also enables him to become invisible at will. Sometimes, it is said that gods possessed supernatural powers that gave them the ability to vanish into thin air. On other occasions, they used special objects like the Cap of Invisibility so no-one could see them.