Conny Waters - AncientPages.com - New research suggests that remains of an ancient stone monument located in west Wales's site may have been dismantled and later used to build the Neolithic standing circle Stonehenge.

The stunning discovery has been secretly documented by filmmakers and is the subject of an exclusive BBC program, Stonehenge: The Lost Circle Revealed. 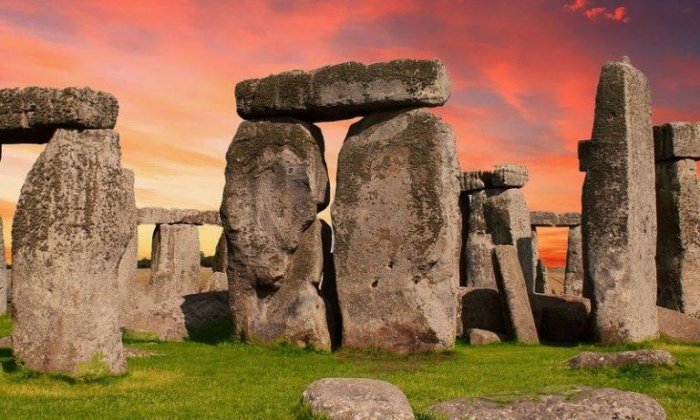 The world-famous monument’s smaller stones, or bluestones, are already known to have come from the Preseli Hills of Wales and are thought to have been first erected 5,000 years ago, centuries before Stonehenge’s larger sarsen stones were brought from just 15 miles away.

Now, the ‘Stones of Stonehenge’ research team, led by Professor Mike Parker Pearson (UCL Institute of Archaeology), has identified megalith quarries for the bluestones and a dismantled stone circle nearby, pointing to them being taken from the circle and recycled 140 miles away, perhaps as a result of migration.

“I have been leading projects at Stonehenge since 2003 and this is the culmination of twenty years of research. It’s one of the most important discoveries I’ve ever made,” Professor Parker Pearson said. 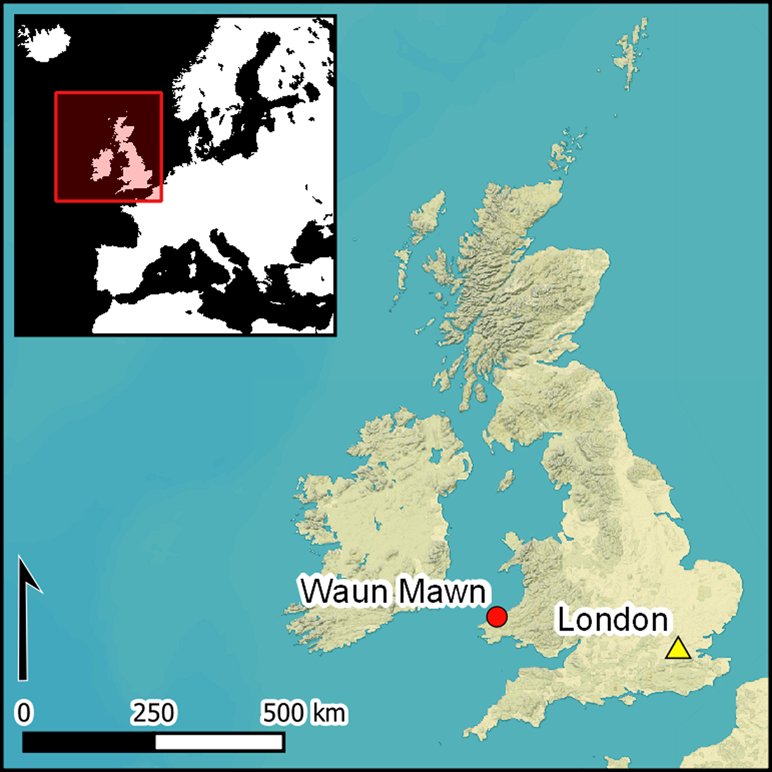 The find goes a long way to solving the mystery of why the Stonehenge bluestones were brought from so far away, when all other stone circles were erected within a short distance of their quarries.

Only four stones remain at Waun Mawn, which is now revealed as having been the third biggest stone circle in Britain, after Avebury in Wiltshire and Stanton Drew in Somerset, and also one of the earliest.

Archaeological excavations in 2018 revealed empty stoneholes at Waun Mawn, confirming that the four remaining stones were part of a former circle.  Scientific dating of charcoal and sediments in the holes confirmed that it was put up around 3400 BC.

Significantly too, both Waun Mawn and Stonehenge were aligned on the midsummer solstice sunrise. One of the bluestones at Stonehenge has an unusual cross-section that matches one of the holes left at Waun Mawn. Chippings in that hole are of the same rock type as the Stonehenge stone. In addition, the Welsh circle had a diameter of 110 meters, the same as that of the ditch that encloses Stonehenge. 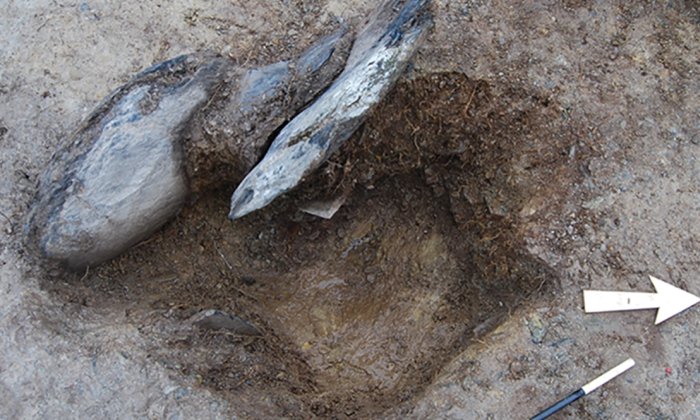 Stonehole 7, after removal of sediment filling the emptied socket, but with the stone packing still in place (viewed from the east). Photo by M. Parker Pearson

Waun Mawn is further evidence that the Preseli region of Wales was an important and densely settled place in Neolithic Britain, within a concentration of megalithic tombs, or dolmens, and large enclosures. Yet, evidence of activity in the thousand years after 3000 BC is almost non-existent.

Professor Parker Pearson said: “It’s as if they just vanished. Maybe most of the people migrated, taking their stones – their ancestral identities – with them, to start again in this other special place. This extraordinary event may also have served to unite the peoples of east and west Britain.”

Recent isotopic analysis of people buried at Stonehenge when the bluestones are thought to have arrived reveals that the first people to be buried there came from western Britain, very possibly west Wales.

Some 43 bluestones survive today at Stonehenge, although many of these are today buried beneath the grass. Another long-distance mover is the Altar Stone, recently confirmed as sourced from the Brecon Beacons in South Wales.

Professor Parker Pearson wonders if this too may have been part of another Welsh monument: “With an estimated 80 bluestones put up on Salisbury Plain at Stonehenge and nearby Bluestonehenge, my guess is that Waun Mawn was not the only stone circle that contributed to Stonehenge. Maybe there are more in Preseli waiting to be found. Who knows? Someone might be lucky enough to find them.”