AncientPages.com - The Aşıklı Mound, where settlement first started in the Cappadocia region 11,000 years ago, offers a chance to travel back in time. Archaeological excavations have been continuing for 26 years in the mound, located in Kızılkaya village in the central Anatolian province of Aksaray’s Gülağaç district.

The head of the excavations, Professor Mihriban Özbaşaran, said this year’s work started in July.

She said people who had previously settled near various places rich in plants and fruits started settling in Aşıklı Mound 10,500 years ago, adding the mound was Cappadocia’s first and oldest settlement.

Özbaşaran said the Aşıklı people chose the coast of the Melendiz River for a permanent settlement and lived there for 1,000 years. “As a research team, we have worked on how the people of Aşıklı struggled against difficulties during this process, how they survived as a crowded mass of people, what kind of social rules they created as well as their economy and technology,” she said.

Özbaşaran said they had obtained well-protected data about the new lifestyle of the Aşıklı people, and continued:

“When the group first came here, they lived in round structures buried underground. We see that these structures came to the surface through time, became a square shape, and their walls were made of adobe blocks. We can observe the whole development of architecture in Aşıklı Mound. One of the firsts in Aşıklı was agricultural trials. Small-scaled agriculture grew in time enough to feed the whole group. We understand it from the large storages in the excavation area. They also domesticated animals. They first took animals under control. In the same way, they processed copper. We know that the oldest copper technology was in Aşıklı in central Anatolia.” 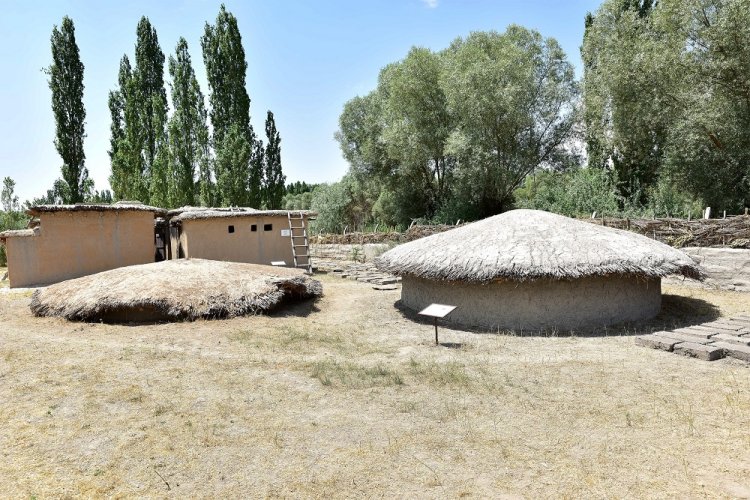 Skull at the museum

Özbaşaran said another first in Aşıklı was a skull, which is currently on display at the Aksaray Museum.

“A hole made with obsidian stone in the skull is considered the world’s oldest brain operation. It was the skull of a nearly 25-year-old woman, and after the operation she lived for about 10 days. Therefore we can call it an ‘operation.’” 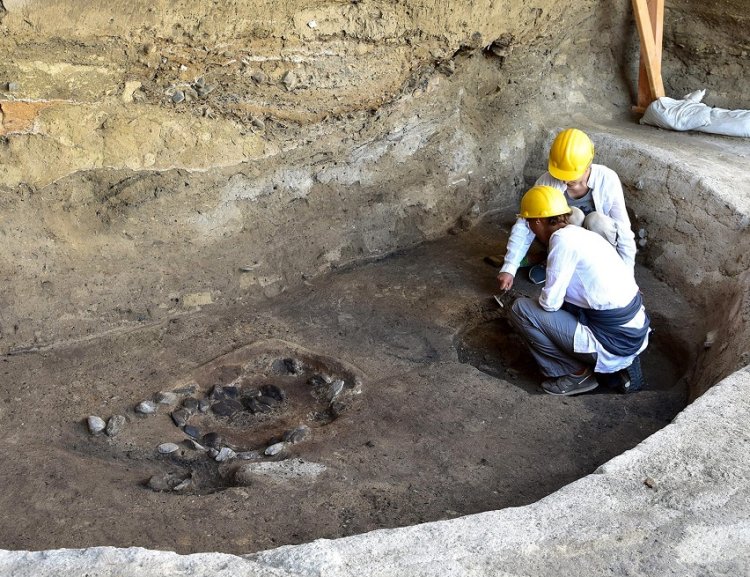 The first village of Cappadocia is open to tourism, said Özbaşaran, adding they were working with an international team in Aşıklı Mound and had applied experimental archaeology method.

The professor said using experimental methods they had created the same architecture of Aşıklı at the entrance of the mound.

“Here our goal is to find answers to our scientific questions and create a display area for visitors. Even in the winter season, when you come to Aşıklı, you have a chance to see the exact copies of what we have found there. You can enter the houses and see what they ate, how they lit a fire and how they plastered their walls. Tourists may travel in time to 11,000 years ago to see the history of Aşıklı.”