AncientPages.com - Egyptian coffins have indeed a long history. The oldest ones are more than 5000 years old and and they originate from the times, the state of the pharaohs was formed.

One of the oldest Egyptian coffins at Tell el-Murra site, has been studied in recent years by a team of Polish archaeologists from the Institute of Archeology of the Jagiellonian University in Krakow. 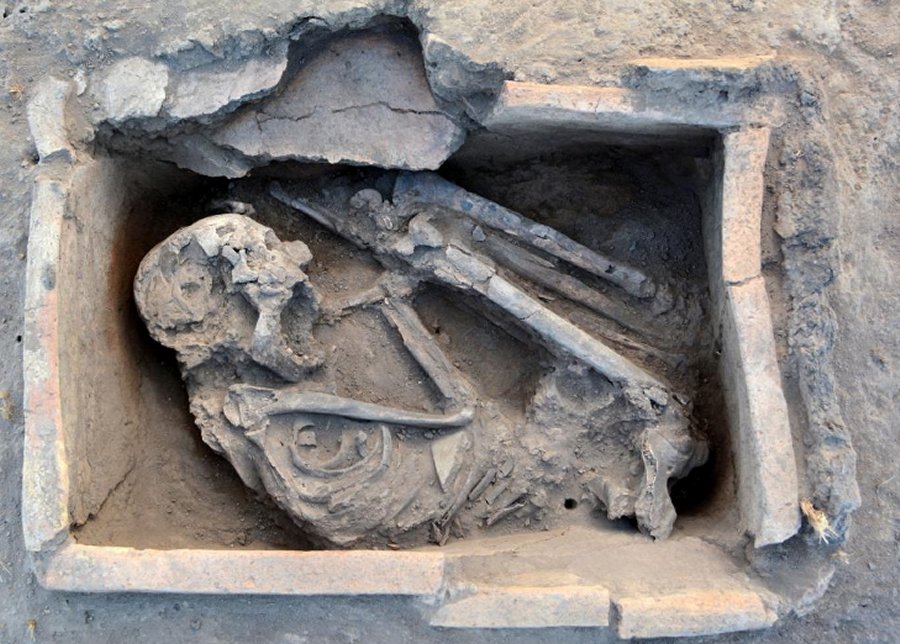 Bodies of the dead were strongly bent in coffins. Image credit: E. Kuciewicz via PAP

The first ceramic coffins at Tell el-Murra (uncovered in 2011) come from the times of the reign of the first and second dynasties (3050-2700 BC) and therefore, they are several hundred years older than the pyramids of Giza.

“The coffins are simple boxes made of baked clay,” Konrad Grzyb, an archaeologist from the Jagiellonian University, said in an interview with PAP.

“However, they are not typical sarcophagi associated with ancient Egypt - they appeared much later.”

Egyptologists sometimes use a distinction - a coffin is a chest, in which the body was placed directly. Such coffins were made of stone, clay or wood; while the sarcophagus is used to describe the outer chest, to which sometimes the next few were put in succession, and finally the coffin with the deceased. 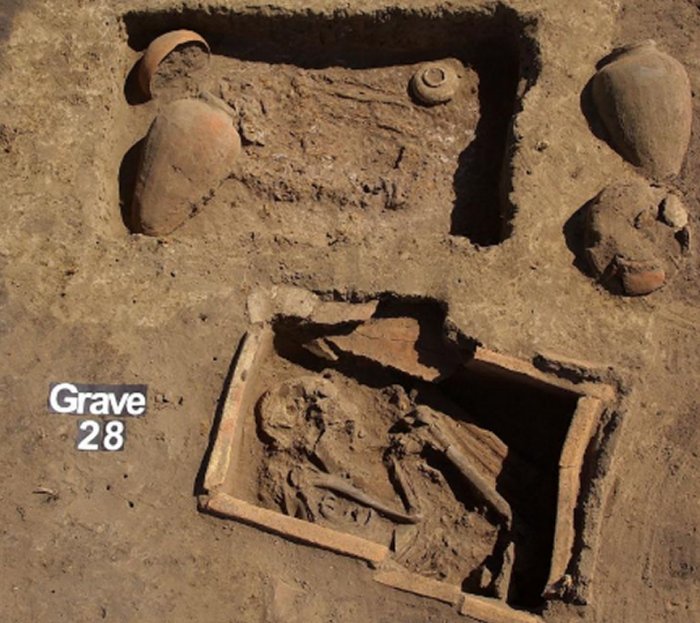 Not all the dead were lying in ceramic coffins. Image credit: E. Kuciewicz via PAP

The word sarcophagus is derived from Greek, where sarcophagus means "eating a flesh", "carnivorous." Egyptian coffins and sarcophagi were made in the form of a simple chest (or anthropoid, referring to the shape of the human body.)

The coffins from Tell el-Murra were not decorated; they were made of burnt clay and were composed of a chest and a lid and the longest of the coffins was over one meter long.

"The body was laid in accordance with the prevailing custom in a contorted, embryonic position - often so tightly compressed that the knee of the deceased reached the chin," explains the archaeologist, adding that it was most probably not easy to put the deceased in the coffin. 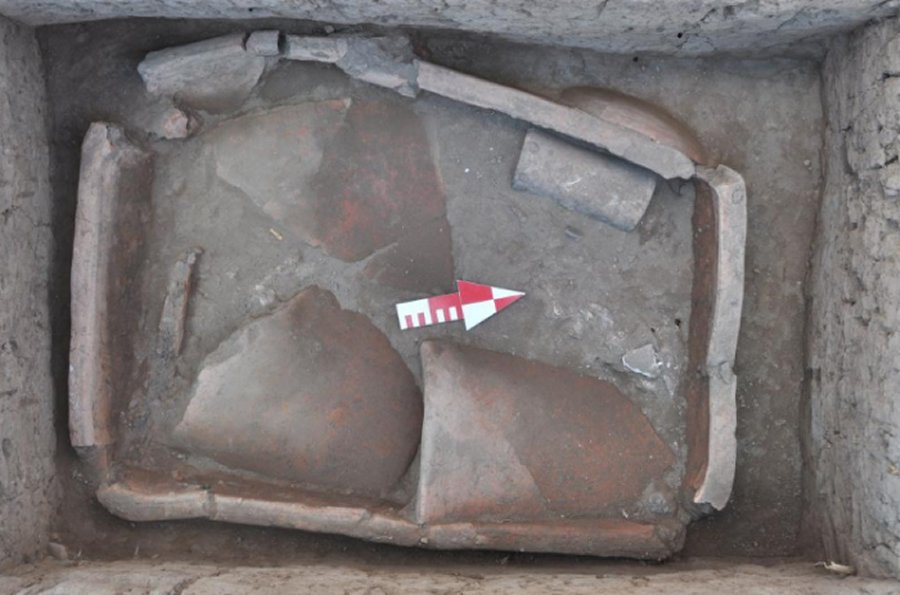 One of the coffins at Tell-el-Murra. Image credit: G. Bak-Pryc via PAP

In one case, the team found the deceased with a broken spine. Otherwise, archaeologists found some larger coffins, which in addition to the body, contained one or several dishes. The dead person himself could be wrapped additionally in a mat woven from reed.

"At the moment, it is impossible to say whether additional procedures have been performed to preserve the body, only bones have survived until our times, and usually in poor condition," Grzyb said.

Archaeologists have studied 38 tombs at Tell el-Murra, but only in ten, the dead were placed in ceramic coffins. Unfortunately, most coffins have been found only partly preserved fragmentarily. The remaining deceased - wrapped only in mats – were found lying directly in the graves. 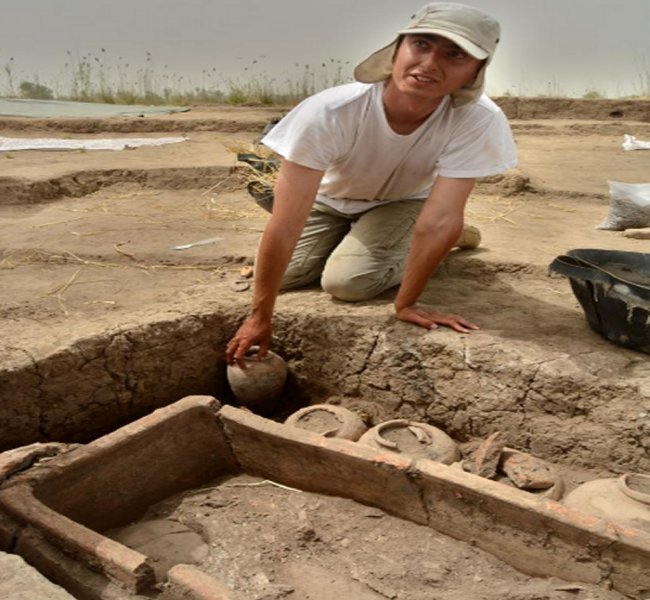 “The coffins are simple boxes made of baked clay,” said Konrad Grzyb, an archaeologist from the Jagiellonian University.

"In earlier periods, the dead in Egypt were sometimes buried in large resource vessels." The next step was the appearance of coffins," exokained Grzyb. Placing the dead at first in the vessels, and later in the coffins, could have a connection with the beliefs and the Egyptian desire to preserve the body.

Ceramic coffins similar to those studied by the Polish archaeologists in the Nile Delta, were also used in other parts of Egypt, about 4,000 BC. They had different shapes - rectangular (like examples from Tell el-Murra), but also oval or round. Burials containing ceramic coffins were usually several (less than a dozen) percent of all graves in a given cemetery.

"This is not a very common phenomenon," says the archaeologist.

Already in the early-dynastic period, coffins were also made of wood or weaved from reeds. This kind of material is considered very unstable in the area of Nile Delta, so the coffins from this area, have been unearthed much less preserved. With time, ceramic coffins were displaced by counterparts made of stone (in the period of the Old State, (2686-2181 BC) and wood.

According to the researcher, the popularity of ceramic coffins has probably diminished for practical reasons, but it's hard to say why it happened.