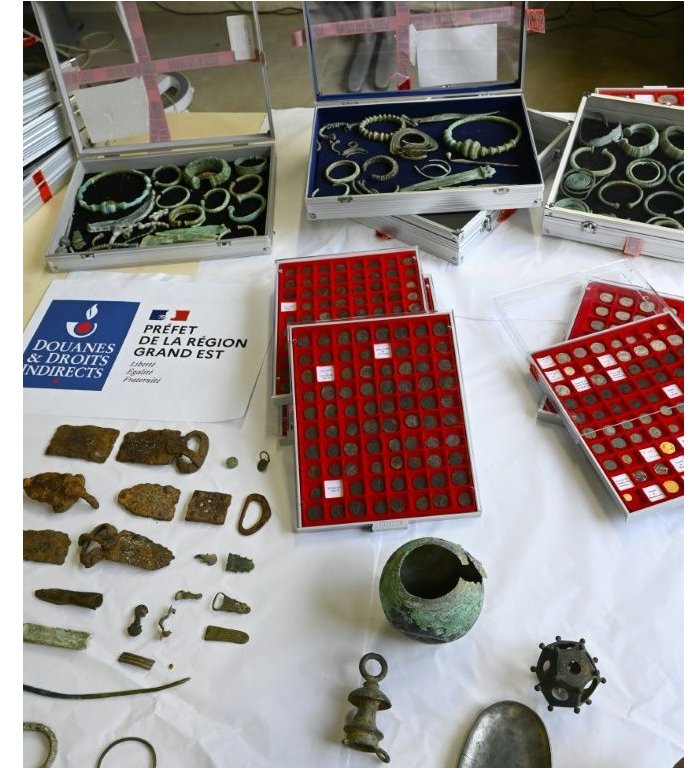 French officials have seized more than 27,000 archaeological artifacts ranging from Bronze Age bracelets to Roman coins, of which many are rich in silver.

Also among the looted objects are bracelets and torques dating from the Bronze Age and the Iron Age, a rare Roman dodecahedron of which there are only around 100 known examples in the world, as well as objects from the Middle Ages and the Renaissance.

French and Belgian authorities have made a year-long investigation to finally seize the man’s illegal collection of over 27,000 archaeological treasures after investigating his claims that he had found many of them in his back garden.

Yahoo writes that the collector, who has not been named, now faces a criminal probe because he had built up the collection for personal and trading purposes, according to the French customs service. 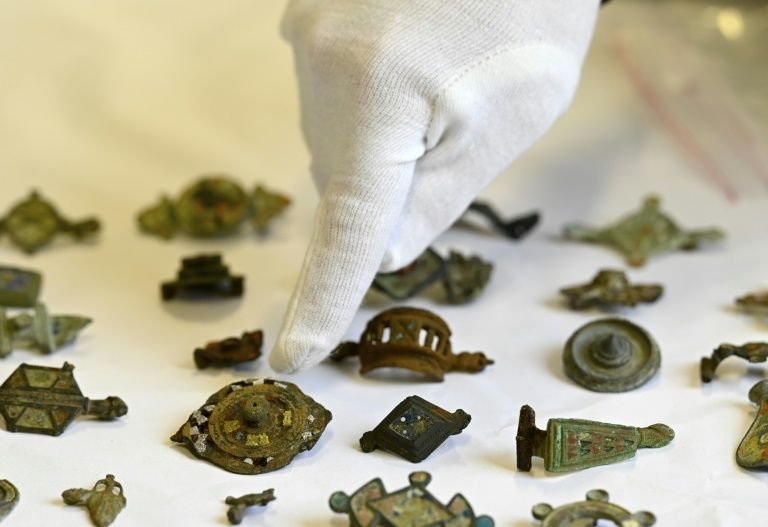 Belgian authorities’ suspicions were initially aroused in 2019 when he told authorities he had found 14,154 Roman coins by chance while cleaning up an orchard he had recently bought. Under Belgian law, owners who make such chance finds are entitled to at least part of them.

They sent an expert. “He opened the car boot and showed me two enormous plastic buckets filled to the brim. I had never seen so many coins,” Marleen Martens, an archaeologist at the Flanders heritage agency in Belgium, told La Voix du Nord," reports The Telegraph.

She said she instantly recognized some silver coins as from the era of Roman general Mark Antony, who was a key ally of Emperor Julius Caesar and played a pivotal role in the growth of the Roman Empire as it moved from republic to autocracy.' 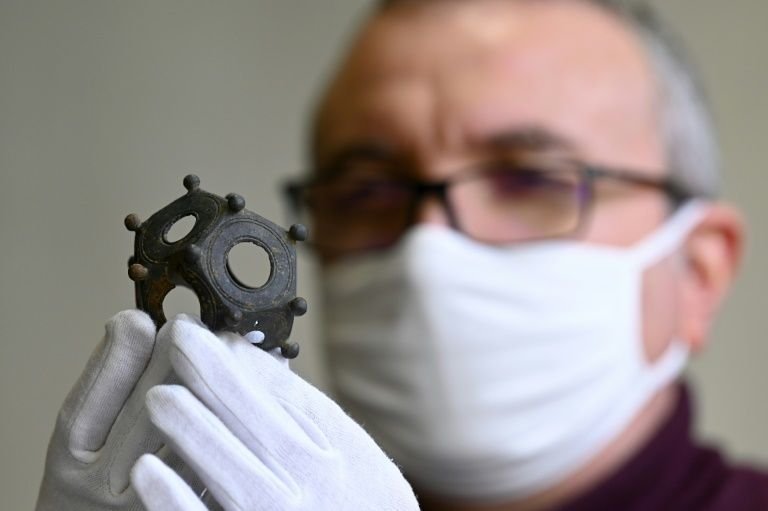 He had accumulated the collection himself using metal detectors as well as what appears to be a deep archaeological knowledge.

The man who is a French national residing in Belgium had first aroused suspicion in 2019 when he told authorities he had found almost 15,000 Roman coins by chance on land he had acquired in Belgium.

The French customs service then confirmed that this haul had actually been built up through "the looting of various sites in France", it said.

The case has now been handed to the judiciary, and the man risks a large fine and possibly even jail sentence.

This seizure is "a clear message to those who -- for the profit and the selfish pleasure of a few -- deprive us of our shared heritage and erase entire sections of our history", Economy and Finance Minister Bruno Le Maire said in a statement.