Ellen Lloyd-  AncientPages.com - The accidental discovery of thousands of mysterious ancient skeletons near Vreta Abbey is currently an archaeological sensation in Sweden. Many interesting discoveries have been made in the vicinity of the Abbey, but nothing of this kind.

Scientists in Sweden have stumbled upon an archaeological mystery, and the skeletons raise several unanswered questions.

Who were these people? Why were so many buried here? How and why did they die?

What is known so far is that the skeletons are much older than previously thought. 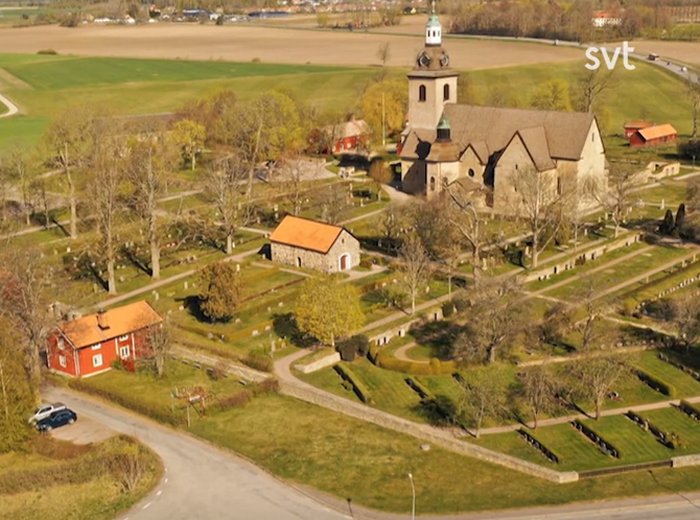 Vreta Abbey (Vreta Kloster in Swedish) is located in the present-day municipality of Linköping, a town in Sweden. The abbey was founded sometime around 1105 by King Inge the Elder of Sweden and Queen Helena on the orders of Pope Paschal II.

Vreta Abbey has had a dramatic history as it was burned down in the early 13th century. The building was later rebuilt and was dedicated in the presence of Magnus III and Hedwig of Holstein in 1289. For quite some time, until 1162, Vreta Abbey was a house of Benedictine nuns when it was turned into a Cistercian nunnery. The last time nuns were present in the building was in 1562

Today, Vreta Abbey’s remaining church belongs to the Church of Sweden, and many of the buildings surrounding the church have fallen into ruins.

Scientists have excavated many of the ruins, but there is still a lot we don’t know about what happened here in the past, and the latest discovery challenges our understanding of the history of the Abbey. 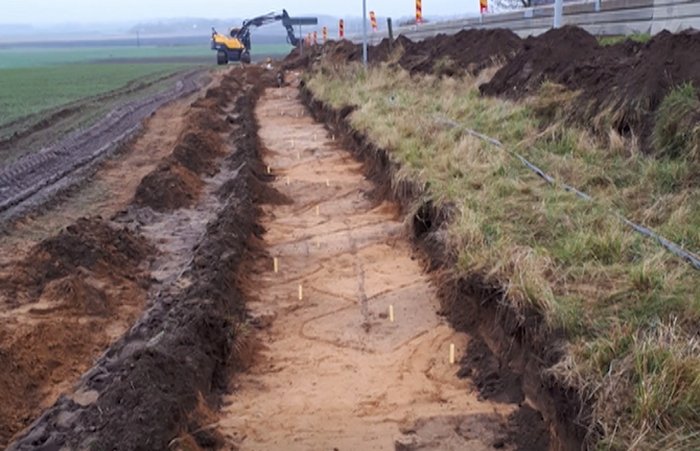 Workers thought they had stumbled upon animal bones, but this was not the case. Credit: SVT

When workers wanted to install underground cables, and pipes around the Vreta Abbey they suddenly noticed plenty of skeletons along the road. The workers initially thought these were ancient animals remains, but archaeologists examined the bones and quickly realized these were human skeletons. 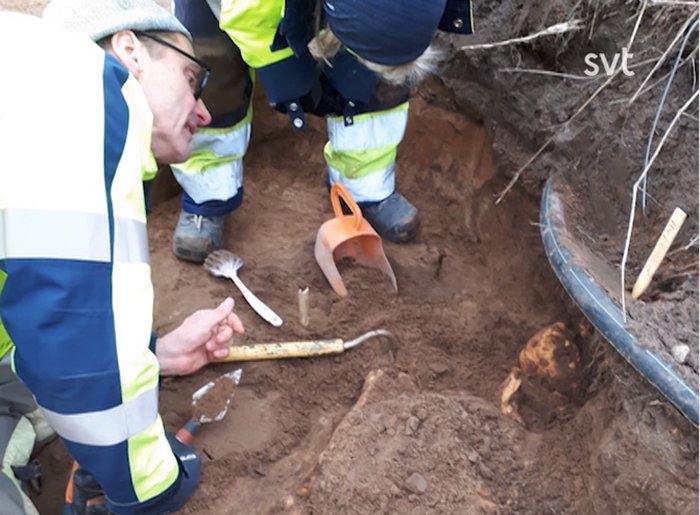 At first, scientists thought the bones belonged to people who died during the Great Northern War Plague outbreak in 1710, but it soon became clear the skeletons were much older.

Archaeologists in Sweden had suddenly come across an interesting ancient mystery. The discovered skeletons are at least 1,000-year-old and the previously unknown cemetery is located in a field. 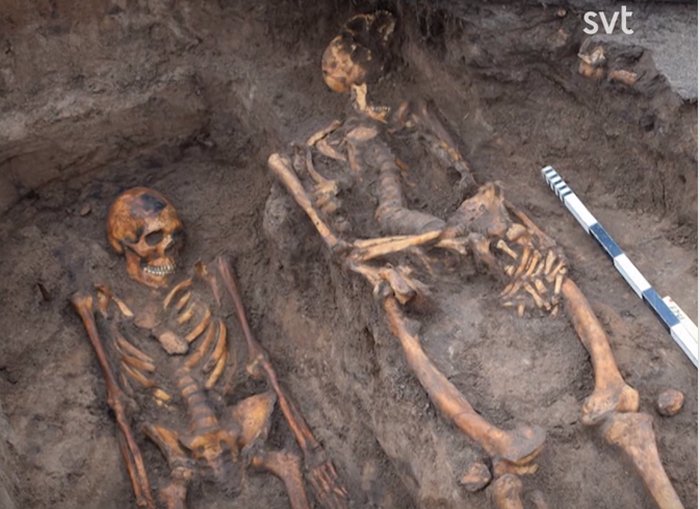 Men, women, and children were buried outside in the large field. Credit: SVT

Researchers are currently investigating these human remains. Some of the skeletons belong to tall males who were between 1,80 to 1,90 meters (5.9 - 6.2 ft). Archaeologists are now wondering if these people were ancestors of the first kings in Vreta. 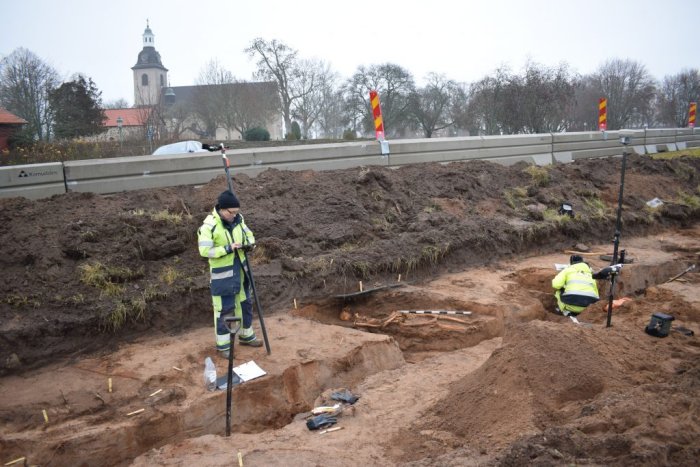 It’s much too early to say anything about the identity of these people. What is known so far is that there are thousands of unknown people buried here and the bodies belong to men, women, and children. The skeletons are well preserved, and many have been placed in wooden chests. The arms of the deceased have been neatly placed straight down and there are no signs of rituals being performed.

Researchers will now try and find out why all these people were buried outside the monastery cemetery. Are they illegitimate, criminal, or self-defeating?

We will have to wait patiently before these questions can be answered.