Ellen Lloyd - AncientPages.com - This tiny, wooden horse may not be much to look at, and compared to other unearthed ancient artifacts it’s not very old at all. Nevertheless, to archaeologists in Sweden, it’s a priceless artifact.

A Dalecarlian horse or Dala horse (in Swedish Dalahäst) is a symbol of Dalarna, a county in the middle of Sweden. 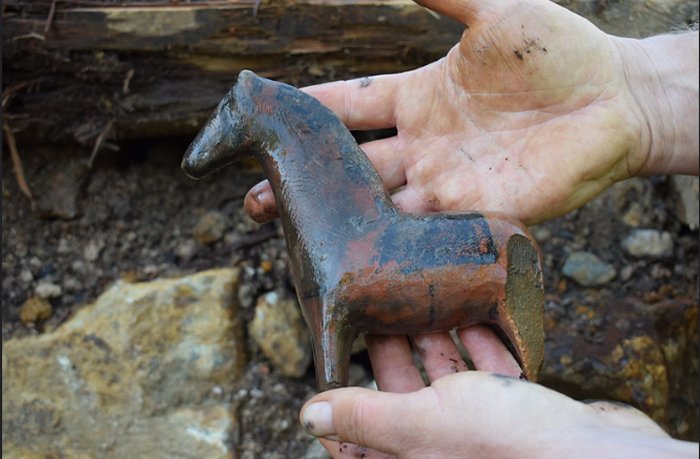 The first Dalecarlian horses became popular toys, and later as the production expanded, the Dala horses had distinctive shapes and often come in different sizes. Today, you can buy a Dala horse everywhere in Sweden, but everyone knows the Dalecarlian horse is associated with Dalarna. 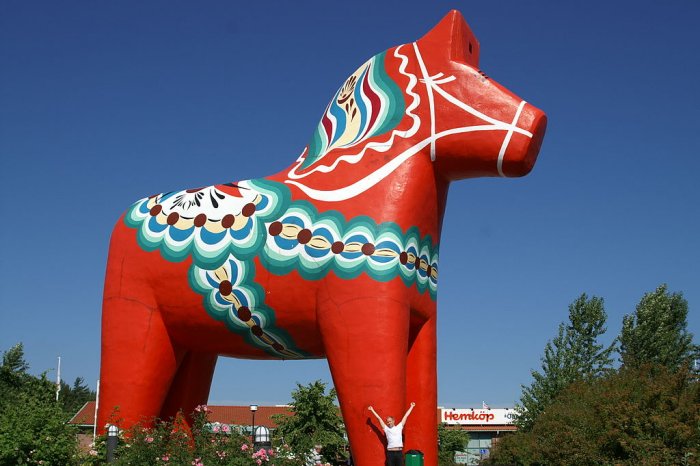 This is the world's largest Dala horse in Avesta, Sweden. Credit: Public Domain

The Dala horse is naturally associated with a local legend that tells how it got its beautiful colors. According to this story, one day a painter visited a farm he was decorating. One of the children approached him and asked why the Dala horse was not as beautifully painted as the other decorations. We can add that in those early days, the first Dalecarlian horses were not painted and all and they looked a bit dull. So, the painted thought for a while and decided to do as the child had asked and paint the horse. This tradition was then carried on in order to raise the market value of the Dala horses.

While excavating in central Falun, a town in Dalarna Sweden, archaeologists had no idea they would accidentally what may be the world’s oldest Dala horse. Archaeologist Torbjörn Holback spotted something dark in the ground. He hurried to the site, picked it up, and discovered it was Dala horse. It was found in the mud, but after cleaning it archaeologists could see it was originally painted with red color, typical for the town of Falun. 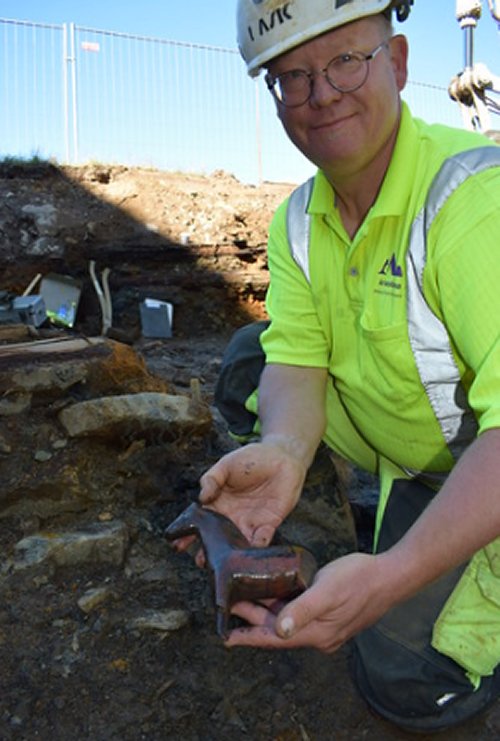 Holback who says he has never seen anything like this before estimates the Dala horse is about 200 years old.

It’s not often Swedish archaeologists uncover an old Dala horse, so this discovery was certainly a nice experience.

Has the world’s oldest Dala horse just been discovered in Falun? It seems so, at least for now.