Jan Bartek - AncientPages.com - Knowledge of acoustics was not uncommon among ancient people. Many ancient cultures used and modified architecture for acoustic purposes. The musical sound of stones was important when ceremonies and rituals were performed.

Stonehenge, the famous prehistoric monument in Wiltshire, England has long been of interest to archaeologists, historians, and scientists.  Stonehenge's main focus is often placed on its mysterious builders and the monument's purpose.  What has been neglected is the understanding of the acoustics at prehistoric Stonehenge. 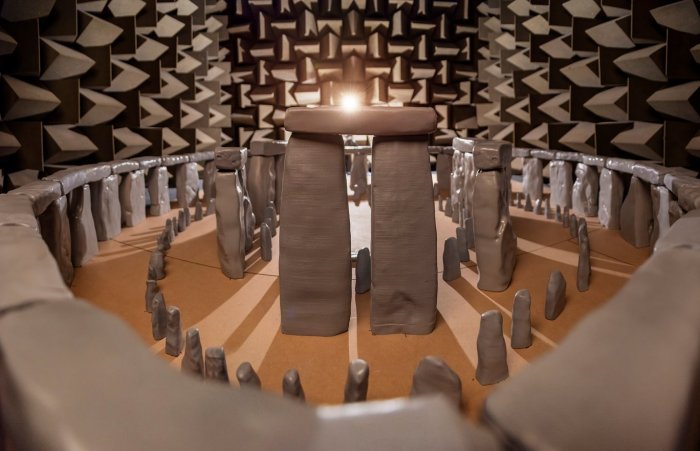 Scientists created a model of Stonehenge and tested it in a specialist acoustic chamber. University of Salford

Scientists from the University of Salford’s Acoustics Research Centre have constructed the first modeling of Stonehenge of its kind. The goal was to determine how sound would have been altered by all of the original 157 stones in 2200 BC.

Results from the study quantified how reflections from the stones enhanced musical sounds and speech, making projecting the voice easier.

This evidence once again emphasizes the contradiction between the large numbers of people required to transport the stones and construct the monument, with the small number of people able or allowed to fully take part in, and witness, activities within the stone circle.

A Model Of Prehistoric Stohenege

Constructing the modeling of Stonehenge has been time demanding and difficult because many stones are either missing or displaced. According to Professor Trevor Cox, University of Salford, leader of this project, the modern acoustics of Stonehenge is very different from that in prehistory. 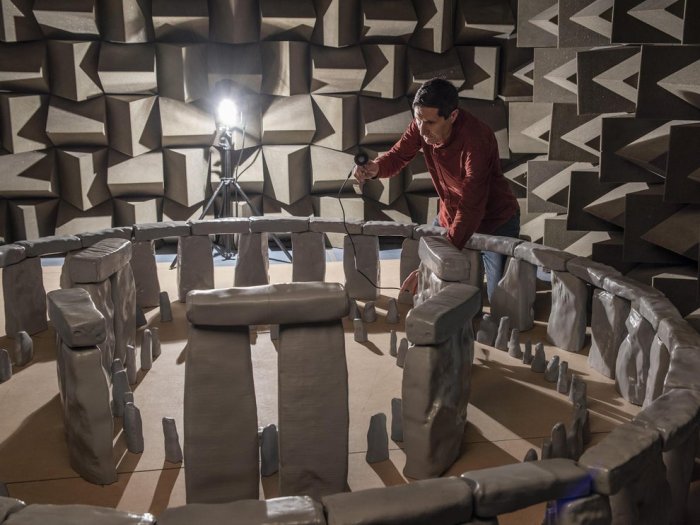 Professor Trevor Cox, who led the research, placing an ultrasonic test loudspeaker in the Stonehenge model. Credit: University of Salford

Physical scale models are a tried and tested technique for designing concert halls, this is the first time it has been applied to a prehistoric stone circle. In order to model the sound correctly, the test frequencies are required to be 12 times larger meaning the sounds produced are within the ultrasonic region. The evaluation of the measurements then followed the latest techniques from architectural acoustics.

Was Acoustic At Stonehenge Important?

Stonehenge was reconfigured a number of times in prehistory and the scale model was made like ‘Stonehenge LEGO’ so different arrangements could be tested. The measurements showed that the introduction and rearrangements of the bluestones made subtle changes to the acoustics, which would have been inaudible in prehistory.

Moreover, no echoes were audible in the 2,200 BC model. Overall, it seems improbable that sound was a primary driver in the arrangement of the stones at Stonehenge. 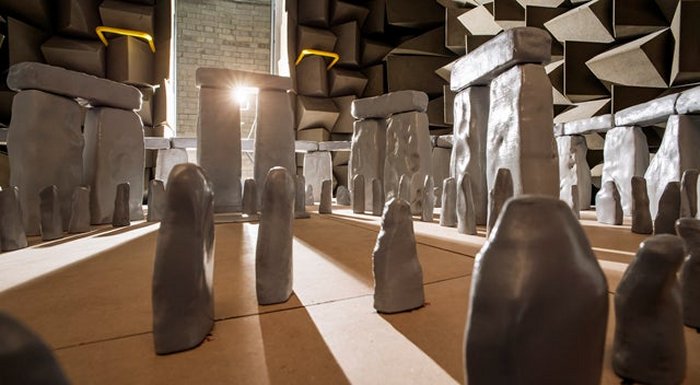 The 1:12 scale model of Stonehenge faithfully reconstructed the surface topology of the stones. Credit: University of Salford

Other considerations were more likely to be important, including the astronomical alignments, the incorporation of two different groups of stones, the replication of similar timber monuments, and the creation of an impressive and awe-inspiring architectural structure.

“Testing the acoustics of a scale model of Stonehenge has given some new insights into how the monument might have been used in prehistory. The results show that music, voices, or percussion sounds made at the monument could only really be heard by those standing within the stone circle, suggesting that any rituals that took place there were intimate events.

It’s exciting to see how modern techniques of laser scanning, 3D printing, and acoustic modeling can tell us about the distant past,” Susan Greaney, Senior Properties Historian for English Heritage said.