AncientPages.com - Working in the area of the ruins of the Tomb of the Prophet Jonah, destroyed by Isil, archaeologists made a surprising discovery of a previously undiscovered and untouched 600 B.C palace, reports the Telegraph.

The Nebi Yunus shrine is located on top of a hill (called 'Nebi Yunus') in eastern Mosul. Nebi Yunus is one of two mounds that form part of the ancient Assyrian city of Nineveh.

It is believed that the shrine (destroyed by Isil in 2014) contains the tomb of Jonah, a prophet of the northern kingdom of Israel, about the 8th century BC. 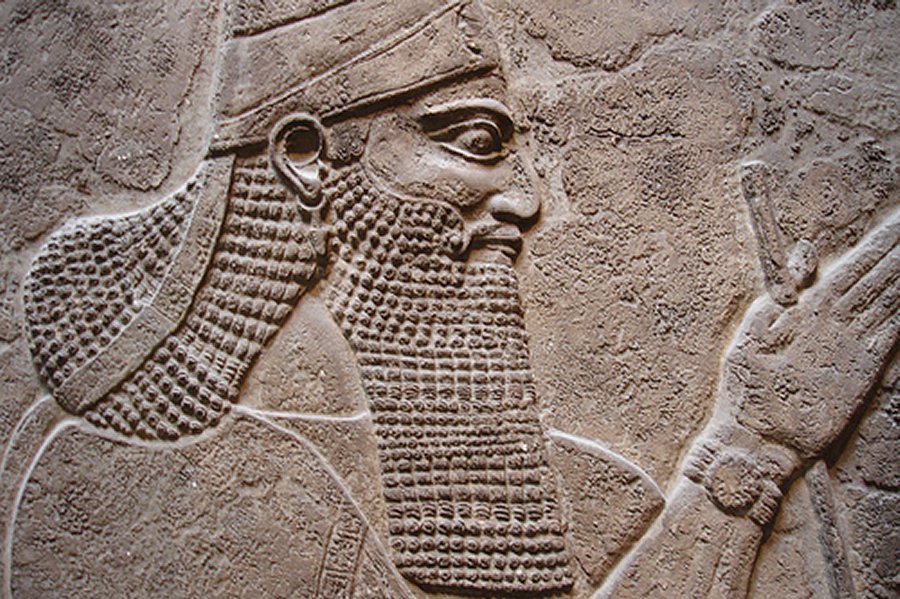 Sennacherib, king of Assyria 705 BCE–681 BCE, is remembered for his military campaigns against Babylon and Judah and for his construction projects, at his capital Nineveh.

Local archaeologists have told the Telegraph that Isil also dug tunnels deep under the demolished shrine and into a previously undiscovered and untouched 600BC palace.

Earlier excavations, carried out in 1852 and later revisited by the Iraqi department of antiquities in the 1950s, did not locate the palace.

Now, for the first time, excavations have revealed the evidence that Isil uses tunneling in ancient grounds in their hunt for artefacts to plunder.

Inside one of the tunnels, a marble cuneiform inscription of King Esarhaddon thought to date back to the Assyrian empire in 672BC, was discovered by Iraqi archaeologist Layla Salih. 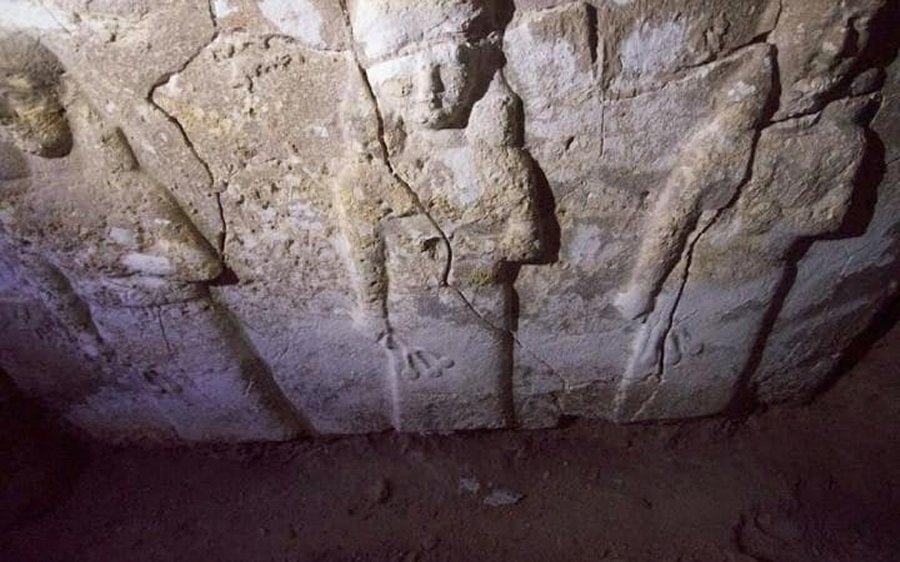 An Assyrian stone sculpture depicting a demi-goddess sprinkling the “water of life” to protect humans in her care. Credits: Jérémy André

In another part of the tunnel they discovered Assyrian stone sculptures of a demi-goddess, depicted sprinkling the “water of life” to protect humans in her care.

“I’ve never seen something like this in stone at this large size,” said Prof Eleanor Robson, chair of the British Institute for the Study of Iraq, suggesting they may have been used to decorate the women's quarter of the palace.

“The objects don’t match descriptions of what we thought was down there, so Isil’s destruction has actually led us to a fantastic find.

“There’s a huge amount of history down there, not just ornamental stones. It is an opportunity to finally map the treasure-house of the world’s first great empire, from the period of its greatest success.”

The palace was built for son and successor of Shalmaneser - Sennacherib, King of Assyria, who began to reign B. C. 710. The structure was later rebuiltby Esarhaddon (681-669 BC), and renovated again by Ashurbanipal (669-627). It was partly destroyed during the Sack of Nineveh in 612 BC.

It is believed that Isil forces already looted hundreds of objects before Iraqi forces recaptured the eastern side of the city of Mosul.