Conny Waters - AncientPages.com - It’s the second time we encounter footprints in Europe of unknown beings who walked along the beach at Happisburgh, Norfolk, United. Kingdom. The tracks are said to belong to a mysterious 950,000-year-old ancestor and they are believed to be the oldest footprints ever found outside Africa. 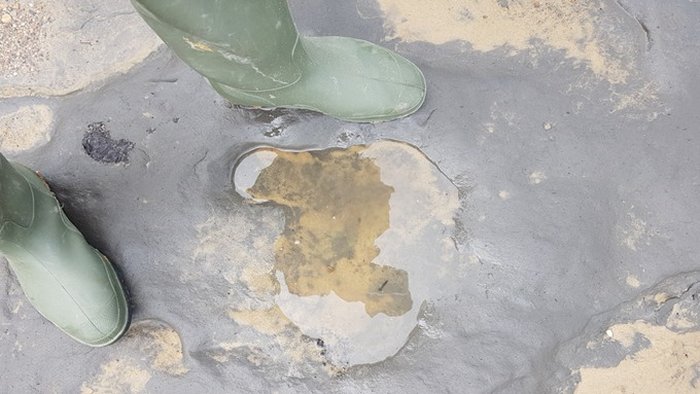 Some years ago, similar footprints of almost the same age were found very close to the same site.

According to Dr Nick Ashton from the British Museum, the previous footprints were estimated to be more than 800,000 years old and they were probably made by five different people.

The previous prints were found at low tide when heavy waves washed away much of the beach sand to briefly expose the silt and scientists rushed to take photographs of them before they were eroded by the sea. 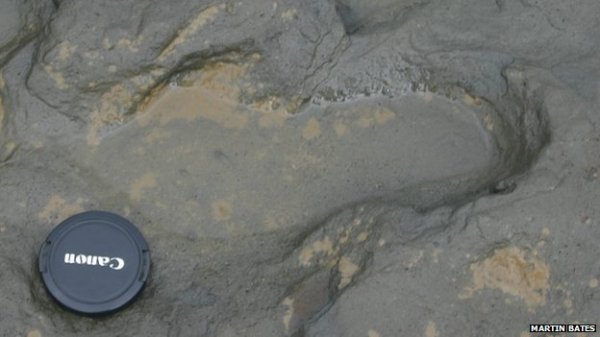 These footprints were discovered some years ago very close to the same site. Credit: Martin Bates

"At first we weren't sure what we were seeing but as we removed any remaining beach sand and sponged off the seawater, it was clear that the hollows resembled prints, perhaps human footprints, and that we needed to record the surface as quickly as possible before the sea eroded it away," Ashton said.

The situation was almost identical this time. Paul Macro, a photographer with great archaeological interest spotted the footprints on the beach while working for a company that was scanning the area. 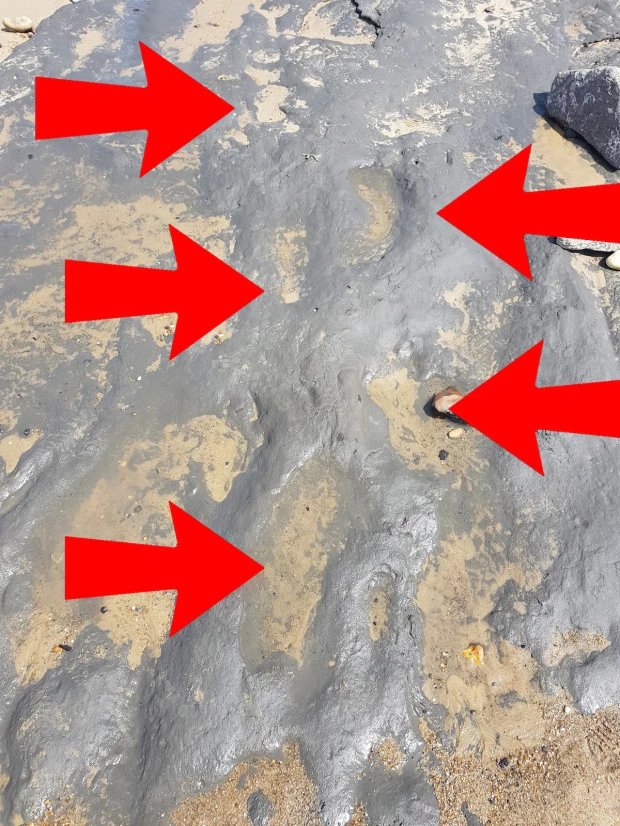 The footprint marks can be seen clearly here. Credit: The Sun

Just a few days later, the ancient footprints were hidden by the sand and tide, but this time we are lucky because the prints have been preserved in 3D photos so further research can be conducted.

It’s an important discovery that can shed light on ancient humans who were inhabiting this part of Europe almost a million years ago.

The world’s oldest human footprints are in Tanzania in Africa and the prints date back to 3.5 million years ago. Nevertheless, it’s now evident a mysterious human ancestor was present in Norfolk 950,000 years ago. Who this being?

According to the Norfolk Museum Service the footprints are probably made by Homo Antecessor, a more advanced form of Homo Erectus.

But are we really certain these are the oldest footprints in Europe? Let us not forget a set of controversial about 5.7 million years old human-like footprints discovered on Crete that are now putting theory of human evolution to the test.