A. Sutherland  - AncientPages.com - Since the beginning of the 16th century, Penkaet Castle has been the scene of several unexplained mysteries.

People who visited this old lonely Scottish castle had terrifying experiences. Is there something evil lurking in the large old house? It has never been found a rational explanation for all the strange events associated with the castle. 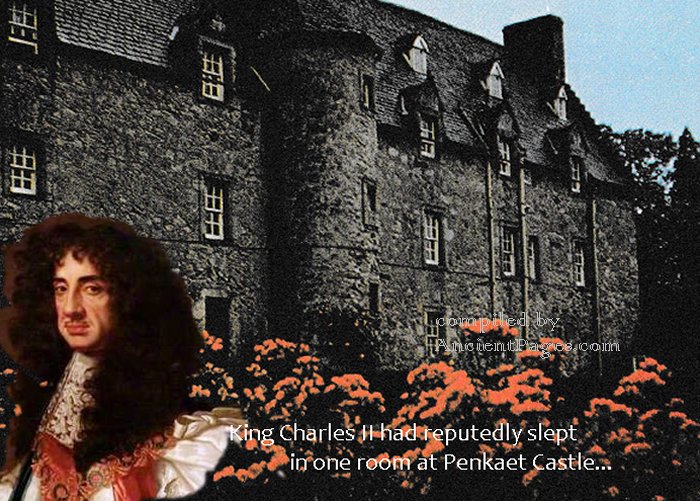 Penkaet Castle is located near Haddington, Lothian, Scotland. Ever since the beginning of the 16th century, there have been reports of unusual phenomena in the castle.

In the early 1920s, the castle was bought by Professor and Mrs. Holbourn. It was not long before they heard strange sounds in the large house.

"When we first came here in 1923, we were often disturbed by the sounds of heavy footsteps going about the house and the sound of something heavy and soft being dragged along.

Various people who occupied the house in our absence complained of hearing shrieks, heavy footsteps, and groans and that doors which were shut and even locked at night were found open in the morning.

One girl was so terrified that she refused to sleep alone," Mrs. Holbourn reported in the Journal of the American Society for Psychical Research.

According to an old legend, the former owner John Cockburn killed his relative John Seton, and his troubled conscience is said to cause his ghost to haunt the place.

Another legend tells that Alexander Hamilton, a local beggar, came to Penkaet Castle many years ago but was turned away empty-handed. It is said that Hamilton returned to the castle on the night of the dead. In revenge, he bound the gates with blue thread, an act of witchcraft. Two days later, Lady Ormiston, the lady of the house, and her eldest daughter died due to a mysterious illness. As time passed, Hamilton was eventually brought to trial and confessed to being responsible for the two deaths. He was hanged for witchcraft at Castle Hill, Edinburgh.

On certain nights of the year, Hamilton's ghost returns to Penkaet; his shadowy form has been seen hanging around the gates. 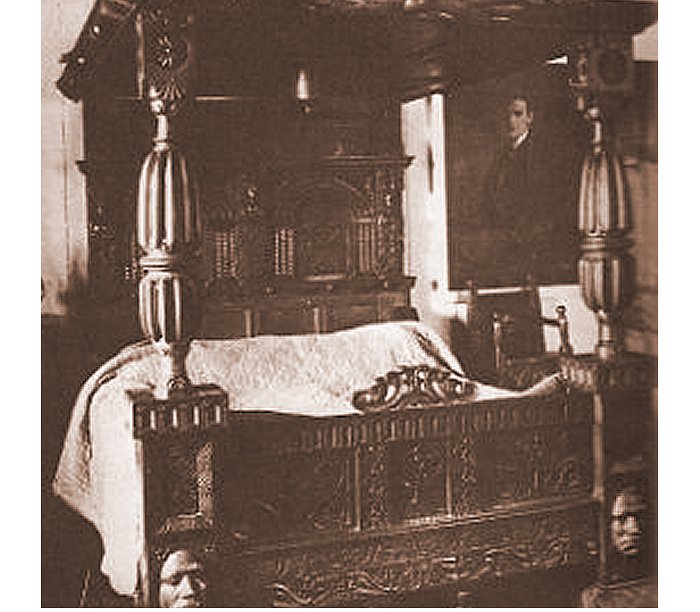 People who spent the night sleeping in the bedroom below the King Charles room heard sounds of movement from the room above that was supposed to be empty.

Many of the bizarre happenings at the castle were connected with the room belonging to King Charles II (1630 - 1685). It sounded as if the furniture was being moved around. Sometimes, a noise similar to if someone was "stumbling and grouping about the room."

What Happened In The King's Room?

King Charles II had reputedly slept in one room at Penkaet Castle. The room became later known as the "King Charles bedroom."

Many of the paranormal happenings at the castle were connected with this room. On Christmas 1923, a piece of wood carved with the family crest was seen to lean forward from the wall and return to its former position.

Two years later, a friend of the Professor and his wife visited the castle. She slept in the room containing the King Charles bed. Late at night, she could hear the sound of someone moving on the ground floor. She went downstairs accompanied by the Professor, but no one was there. On their return to the first floor, they heard the sound of someone turning over in the bed that the friend had left.

Another guest, Mrs. Holbourn's brother, visited the house. He was sleeping in the bed (once used by King Charles) when loud knocks from the above room suddenly awakened him. He first thought that something had happened to Mrs. Carstairs, another visitor recovering from an illness. He hurried upstairs only to find Mrs. Carstairs sleeping peacefully in her bed. Who had knocked on the floor?

On another occasion, a cousin who visited Mr. and Mr. Holbourn while the couple was away found the bedclothes in King Charles's room ruffled. At the time, no one was sleeping in bed. The cousin spoke to Mrs. Anderson, the gardener's daughter. It was her job to make the beds, but she was stunned when she heard what had happened. She said that she had made the King Charles bed the same morning. 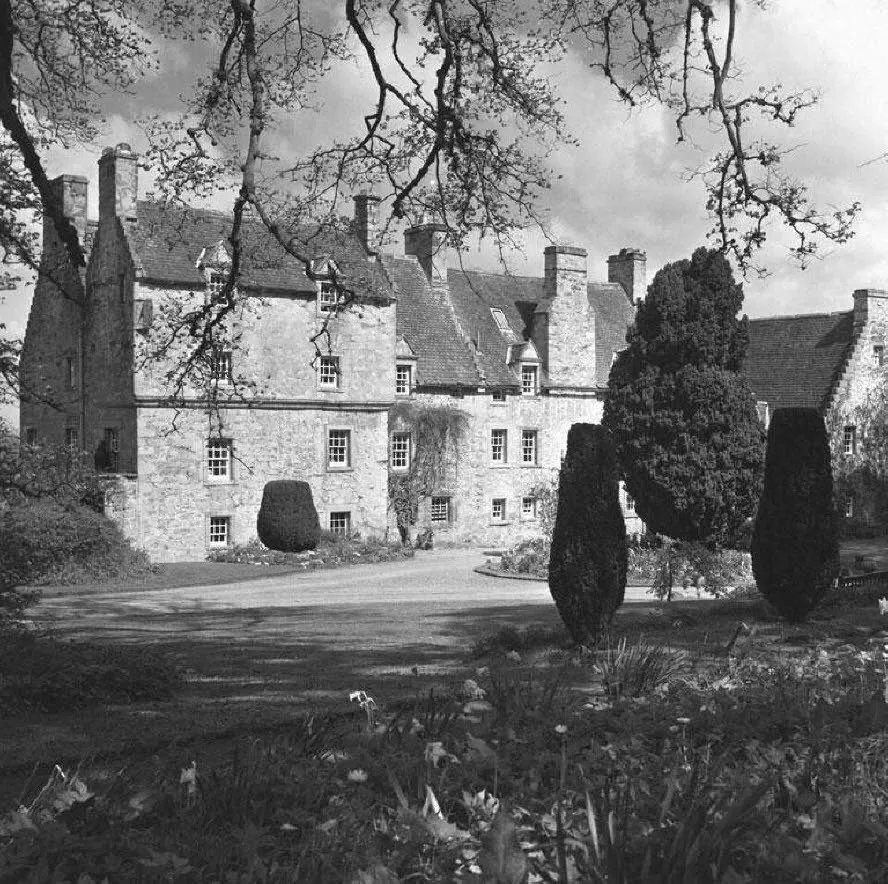 Some days later, when the cousin took a visitor to see the room, the same thing happened again. They took a photograph of the bed, and Mrs. Anderson had to remake it. The visitor took his camera and left the castle. Then, he returned a day later and informed me that the photograph had been under-exposed.

Holbourn's cousin went upstairs to the bedroom so that he could take another photo of the bedroom. Once again, he discovered that someone or something had played with the bedclothes.  He was so scared that he decided to seal off the room. He closed all windows, locked the two doors, and placed heavy bricks against the main door.

No one could enter King Charles's room. Yet, the next day, he discovered that the bricks had been moved, and the bedclothes were again re-arranged. It was creepy because he was the only one living at the castle.

Are Evil Forces Lurking In The Penkaet Castle?

Another curious incident occurred in the summer of 1925 when Professor Holbourn's son worked late one evening in the workshop on the ground floor.  It was 11 p.m., and it was getting dark. Professor's son took some of his work outside to look at it in the fading light.

While outside, the housekeeper Betta Leadbetter came to him and said someone was taking a bath. She heard the taps running and someone splashing in the tub. It seemed strange because his wife had been in bed since 9 p.m, so he investigated. When he entered the bathroom, it was full of steam. The mirror and windows were misted entirely over.

Strangely enough, the bath itself was dry; apparently, no one used it. He asked everyone in the house, but no one admitted to using the tub. Perhaps the most bizarre feature of the incident was the soap. It was custom for large houses to order soap by the half-hundred weight. The soap used in the castle was all of one color. However, the soap he discovered in the bathroom was entirely different from anything he had previously seen.

Strange events continued to happen at Penkaet Castle. When a paranormal research group visited the castle in 1964, a glass dome covering a model of Penkaet suddenly disintegrated in the library.

Were unknown evil forces lurking in the house? Did the ghost of John Cockburn bother Penkaet Castle? Was bad energy present in the house? It's not unusual to hear people say they can feel lousy energy when they enter a place. Many visitors heard footsteps coming down the path outside the house, although no one was walking there. Clocks placed on the wall between the dining room and the next room all stopped working for no apparent reason.

People kept reporting shrieks, groans, heavy footsteps, and the sound of something being dragged around.

Many bizarre things happened at the Penkaet Castle, which to this day remain unsolved.