A. Sutherland - AncientPages.com - Among several powerful Yoruba deities (Orishas), there is Oshun, goddess of river, love, money, prosperity, fertility, and abundance. She is benevolent, very generous, and kind. She wants people’s best and she brings all the things that make life worth living.

This beautiful Orisha goddess is believed to be one of the wives of Shango, the greatest warrior-king and the god of thunder and lightning in Yoruba mythology. 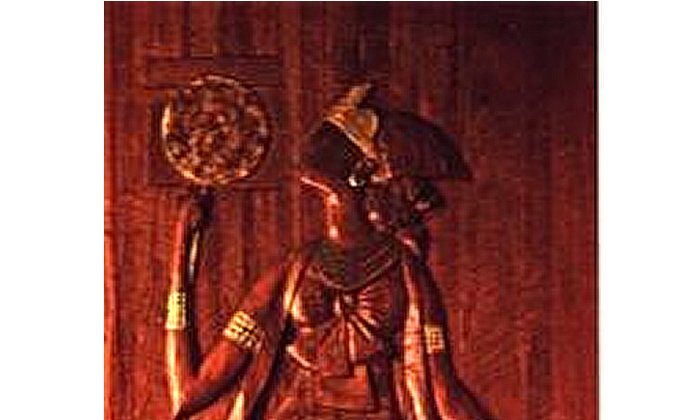 Legend has it that sometimes, Oshun can be very angry and even furious, but it happens only occasionally. When it does, however, it causes indescribable destruction. On one occasion, Oshun visited a drum festival and fell in love with the king-dancer Shango, the god of lightning and thunder. Since that day, Oshun is said to be considered Shango’s principal wife, though he has other ones, too.

In some associations, Oshun is referred to as the mother of twins but her primary association is related to waters and rivers. She is the guardian and river goddess worshiped mainly in the towns and villages along the banks of the river, where sacred weapons are kept in Oshun’s sanctuaries.

Being also a goddess of healing, she is summoned particularly in situations when medicine fails to help and the only hope can be Oshun’s miraculous curing. 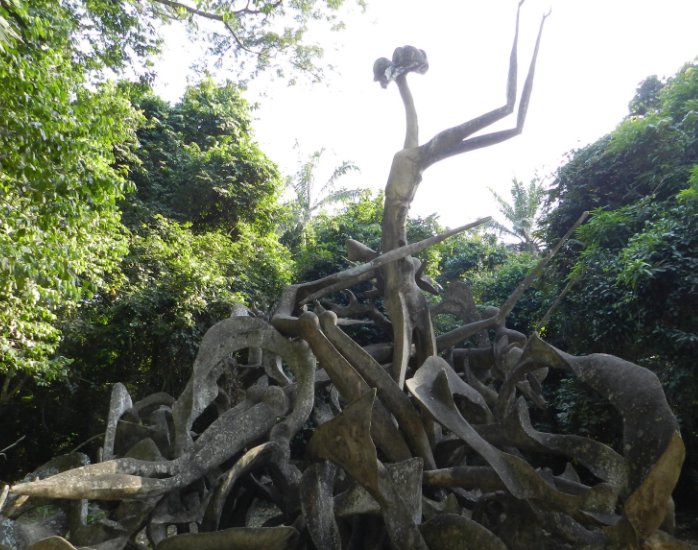 Oshogbo sacred forest in beliefs and tradition of the Yoruba people, Nigeria. source

Oshun is particularly honored by women and has an annual festival known as the Ibo-Osun, during which women dance for the goddess, hoping to be chosen as her favorite.

Once selected, the woman serves peoples of her community by assisting with family problems and diseases. Those women who wish to have children must consult the goddess Oshun, for she had many descendants, who live along her river’s waters. Oshun is the primary divinity of the region of Osogbo (Oshogbo), where she is honored with jewels, yellow copper, and different brass objects.

Oshogbo is a very special, sacred forest along the banks of the Osun river just outside the city of Oshogbo, Osun State, Nigeria. The forest is the abode of Oshun goddess with many shrines, sculptures, and sanctuaries devoted to Oshun and also other deities.

The sacred Oshogbo grove is believed to be a true symbol of identity for all Yoruba people. It is an active, religious site where daily, weekly or monthly worship takes place. Oshun is a popular and important deity widely honored in all Afro-Brazilian religions.