Conny Waters - AncientPages.com - A unique treasure of more than 500 coins was accidentally found by archaeologists in the Church of the Rosary of Our Lady in Obišovce in the district of Košice, Slovakia. 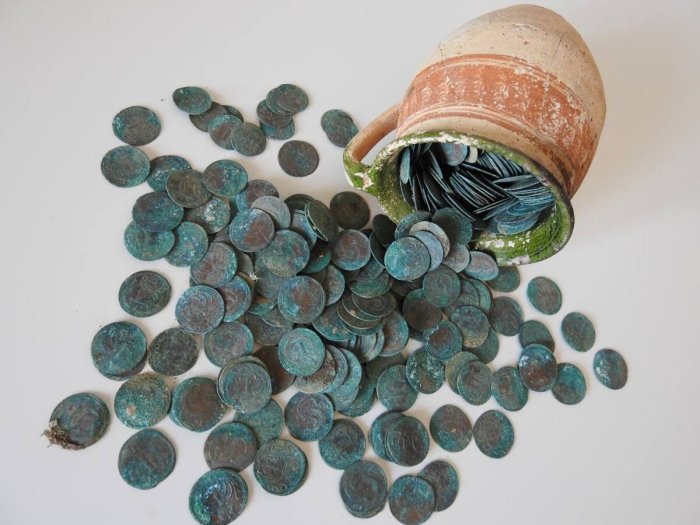 The team from the Triglav Archaeological Society conducted the February archaeological research of the foundations of the extinct Renaissance church. The coins were kept in a ceramic mug and covered with a small stone slab, under the original stone floor not far from the western entrance of the church.

The Slovak Spectator writes that most of the coins, which are dated back to 1702 (at the earliest), are mining salary plates. The silver coins were wrapped separately, probably in linen clothing.

The plates and coins (among them also Polish coins) were minted in Košice, Smolník and Banská Štiavnica, proof that believers journeyed from those regions and probably left them as charitable gifts.

Hoards Of Viking Coins Discovered On The Island Of Saaremaa

It is believed that a priest who was in charge of the church and parish at the time of the riots had concealed these accumulated treasure under the floor to protect it from the rebels and had left in time. 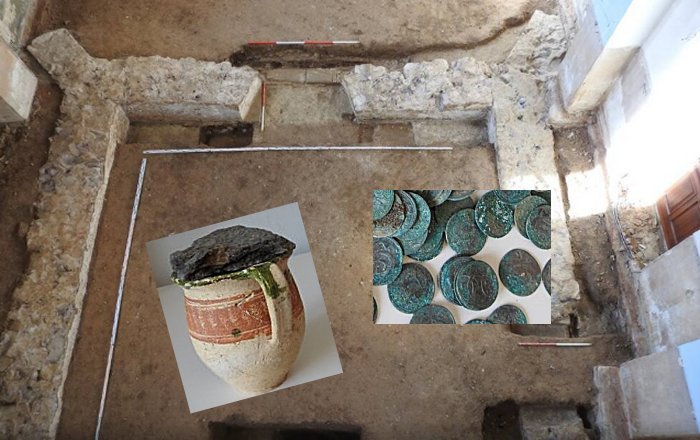 Most probably, the priest never came back to the place, where the coins were hidden. He also did not tell anybody about the treasure. As a result, this unique treasure of high historical and numismatic value has been preserved.

The historic sources state that after the Thӧkӧly uprising was over, sometime between 1685 and 1687, a Polish Catholic priest returned to Kysak parish. Obišovce at that time belonged to this parish. The priest was blind in one eye and sometime in the 1690's, and then, he went blind completely.

The church was under the administration of the Catholic church until 1705 when rebels plundered it and it was left as a ruin for three years. The Polish priest was expelled and he returned to Poland.

The old church was established in the time of the Rennaisance and it was dismantled in the middle of the 19th century to be replaced by the current church.