AncientPages.com - While excavating at Fort San Juan, near Morganton, North Carolina scientists have made archaeological discoveries that reveal how early contact between Native Americans and European explorers shaped the history of the American South. 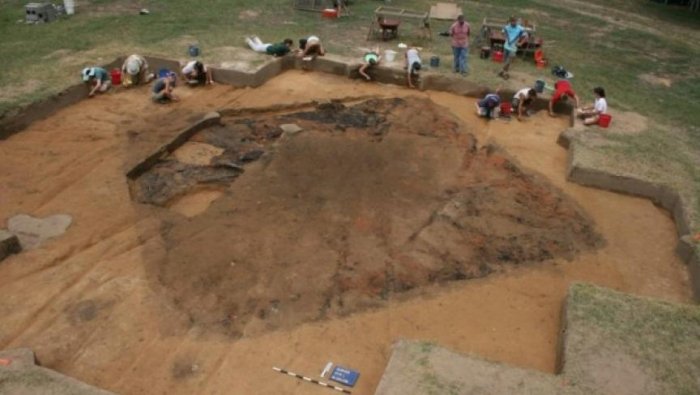 “Native Americans' responses to Spanish explorers and colonists form an important part of the story behind the history of European colonialism in North America,” said Chris Rodning from the Tulane School of Liberal Arts' Department of Anthropology. 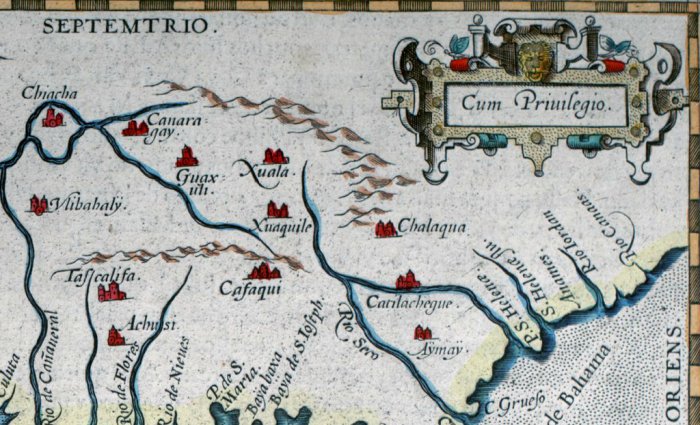 A portion of a 1584 colored map showing the location of various Native American chiefdoms in the Spanish territory of la Florida, covering most of the United States' southeast. Credit: Wikipedia

In 1540, the conquistador Hernando de Soto traversed this part of western North Carolina.

"He threatened communities with violence, demanded food and sometimes attacked when they did not comply with his demands. He also pressed Native Americans into service as porters to carry supplies for his men," said Rodning.

One generation after de Soto's expedition, Spanish explorer Juan Pardo arrived with another group of soldiers and established Fort San Juan in 1566.

"When Pardo marched inland, the town of Joara was a much more powerful town than it had been 26 years previously," said Rodning—possibly because of Joara's previous interactions with de Soto.

At first, an alliance formed between Pardo and the people of Joara, but in 1568, warriors from Joara sacked the fort and burned the compound. 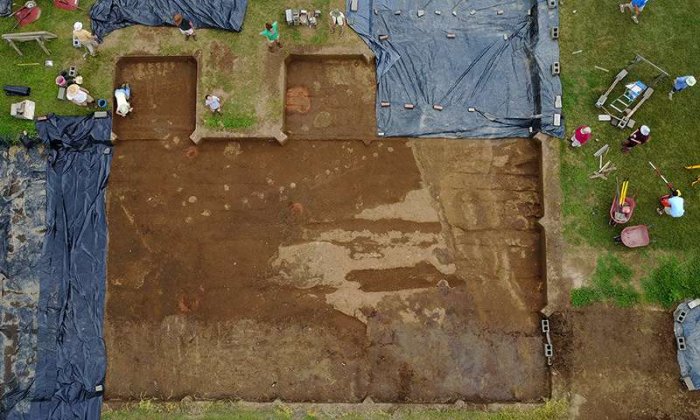 An image taken in June 2017 by a camera mounted on a drone displays the exposed remnants of Fort San Juan. Excavations of this area of the site will be continued in June 2018. Credit: Ryan Wallace

"Architectural materials and designs of burned houses at the site demonstrate evidence of the typical Native American style of architectural design and construction, but some wooden fragments also indicate that they were cut and shaped with metal tools. The significance of that is Native Americans didn't have those types of metal tools," said Rodning.

Archaeologists have studied Fort San Juan for a number of years. Many of their discoveries are documented in the book Fort San Juan and the Limits of Empire: Colonialism and Household Practice at the Berry Site.

Rodning thinks it is possible that Native Americans gained access to these new tools from Spanish soldiers, or that Spanish soldiers participated in the construction and maintenance of houses where the men garrisoned at Fort San Juan lived.