Conny Waters - AncientPages.com - The 2,500-year-old tomb of a Scythian warrior was recently discovered in the ‘Siberian Valley of the Kings’ in Russia. 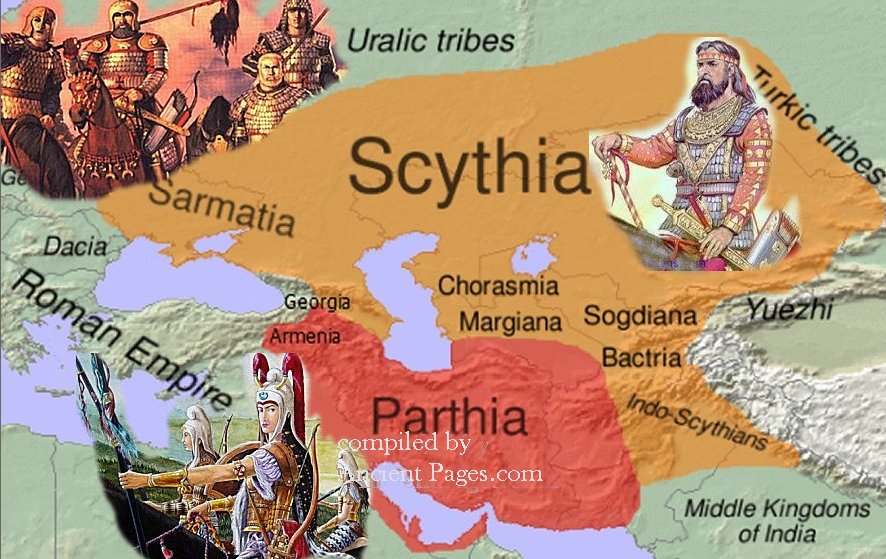 The warrior was buried with golden ornaments and his weapon, and found in an untouched grave in an area widely known for its rich burial sites and, unfortunately, for notorious grave-looting.

Archaeologists from Jagiellonian University in Kraków, Poland made this exciting discovery in the so-called ‘Siberian Valley of the Kings’ on the Southern Siberian Steppe of the Russian Federation, which was named after, its Egyptian counterpart, a valley in Egypt where, for a long period of nearly 500 years from the 16th to 11th century BC, rock-cut tombs were excavated for the pharaohs and powerful nobles of the New Kingdom.

In the Siberian valley which was once inhabited by an ancient and long-lost civilization, excavations revealed many giant kurgan tombs, often full of treasures of thought to belong to royalty. The Scythians buried their dead in kurgans, some resembling hills visible from afar. 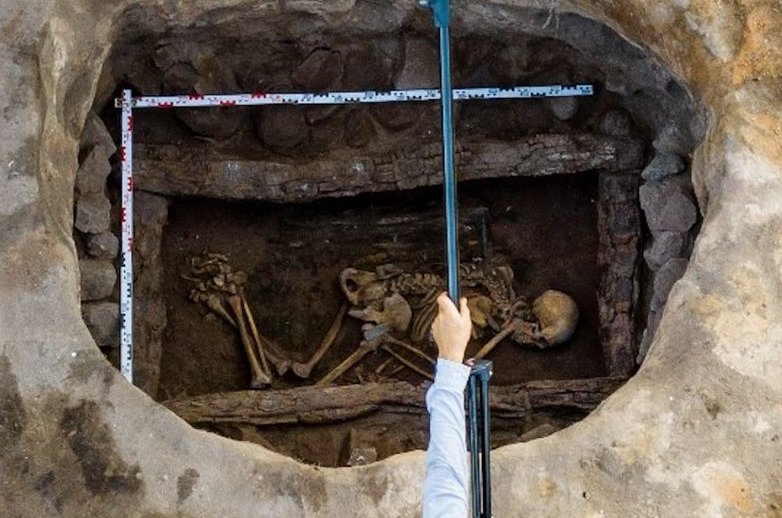 The skeletal remains of the 2,500-year-old Scythian warrior were found buried with a bronze battle-ax, arrows, an iron knife and fragments of a bow. Image credit: Igor Pieńkos

Scythians were nomad people from Central Asia, who expanded into Eastern Europe through their love of combat and war. The Scythians dominated Central Asia, parts of Europe east of the Vistula River, and parts of South Asia between the 7th century BC and the 3rd century AD.

‘Cradle Of The Scythians’ Studied By Russian-Polish Archaeologists

The Polish team was digging at the site of Chinge-Tey  where nine of these kurgans were localized in a row.

"For our research, we chose an inconspicuous, almost invisible kurgan with a diameter of about 25 m,” Dr. Łukasz Oleszczak, the Polish expedition’s head, told the Polish Press Agency (PAP).

“We hoped that it remained unnoticed by the robbers."

Of the two tombs, they found only one was robbed, while the other was untouched.

"Inside was a young warrior’s skeleton with full equipment. The area around his head was decorated with a pectoral made of gold sheet, a glass bead, a gold spiral for adorning the braid,” Dr. Oleszczak added. 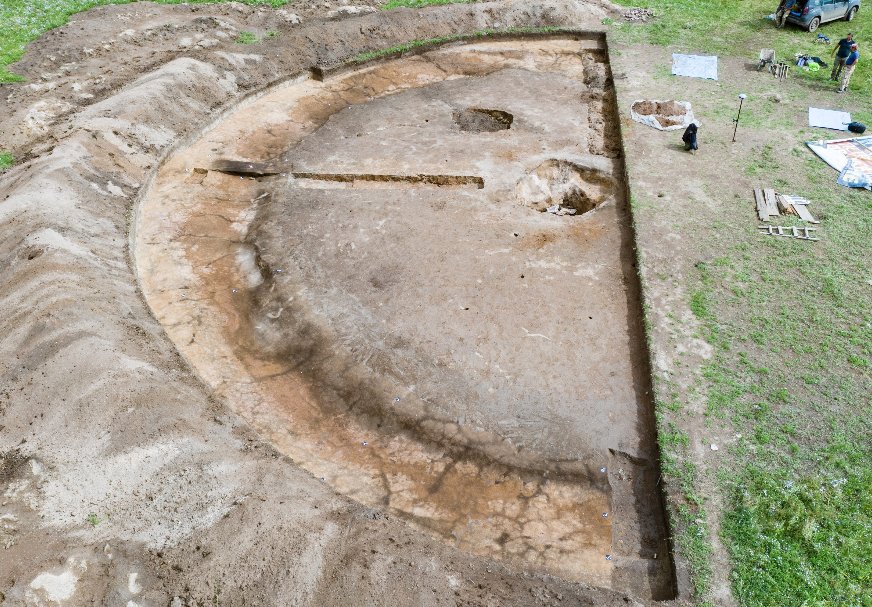 Buried with his weapon and golden ornaments, the warrior discovered by archaeologists from Jagiellonian University in Kraków. Image credit: Igor Pieńkos

Archaeologists also found the Scythian buried with a sharpening stone and his weapon – a bronze battle-ax with a stylized eagle's head, arrows, an iron knife, fragments of a bow – presenting an array of items a warrior roaming the Siberian wilderness would need. Other well-preserved items were made of organic materials. Among them, there is a leather quiver, arrow spars, the ax’s shaft, and a belt.

The findings date back to the 7th or 6th century BC. Scythians were nomad people from Central Asia, who expanded into Eastern Europe through their love of combat and war. Their achievements were described by the Greek historian Herodotus, reports The First News.

The grave found this year was surrounded by a shallow trench. Inside archaeologists uncovered several dozen fragments of ceramic vessels and animal bones, mainly of cows, horses, goats or sheep. Most probably they are traces of religious ceremonies and rituals, such as funeral wakes.

The Chinge-Tey excavations will be continued.