Jan Bartek - AncientPages.com  - How and when modern humans originated and spread throughout the world is still in draft form.

Last year, scientists announced that a human jawbone and prehistoric tools found in 2002 in Misliya Cave, on the western edge of Israel, were between 177,000 and 194,000 years old. The finding suggested that modern humans, who originated in Africa, began migrating out of the continent at least 40,000 years earlier than scientists previously thought. 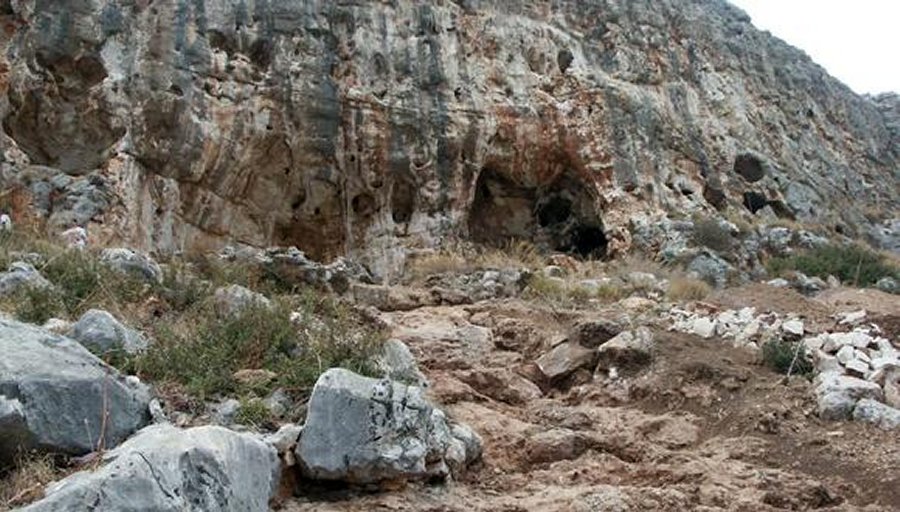 A new study provides evidence that summer monsoons from Asia and Africa may have reached into the Middle East for periods of time going back at least 125,000 years, providing suitable corridors for human migration.

"It could be an important context for experts studying how, why, and when early modern humans were migrating out of Africa," says lead author Ian Orland, a University of Wisconsin–Madison geoscientist now at the Wisconsin Geological and Natural History Survey, in the Division of Extension.

"The Eastern Mediterranean was a critical bottleneck for that route out of Africa and if our suggestion is right, at 125,000 years ago and potentially at other periods, there may have been more consistent rainfall on a year-round basis that might enhance the ability of humans to migrate."

For as long as humans have kept records, winters have been wet and summers have been hot and dry in the Levant, a region that includes Israel, Syria, Lebanon, Jordan, and Palestine. Before modern times, those hot, dry summers would have presented a significant barrier to people trying to move across the landscape.

Scientists, though, have found it difficult to determine what kinds of precipitation patterns might have existed in the prehistoric Levant. Some studies examining a variety of evidence, including pollen records, ancient lake beds, and Dead Sea sediments, along with some climate modeling studies, indicate summers in the region may have, on occasion, been wet.

To try to better understand this seasonality, Orland and colleagues looked at cave formations called speleothems (stalactites and stalagmite) in Israel's Soreq Cave.

They made isotope measurements across single growth bands, which are narrower than a human hair. Using a sensitive instrument in the UW–Madison Department of Geoscience called an ion microprobe, the team measured the relative amounts of light and heavy oxygen at seasonal increments across the growth bands of two 125,000-year-old speleothems from Soreq Cave.

This was the first time that seasonal changes were directly measured in a speleothem this old. The study suggests that during a period of time when humans and their ancestors were exploring beyond the African continent, conditions may have been favorable for them to traverse the Levant.