AncientPages.com - In the ancient cemetery at Ibbankatuwa in Dambulla, located in the Matale District, Central Province of Sri Lanka, archaeologists unearthed graves that date back to the Pre-Vijaya era.

The indigenous people of Sri Lanka were known as Nagas and Yakkas. They ruled over the island of Sri Lanka during the pre-Vijaya era. 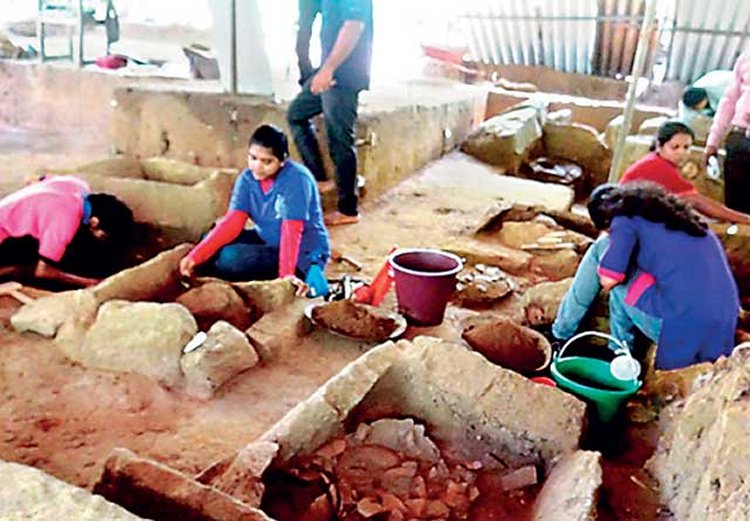 History of the graves runs as far back as the Pre-Vijaya era.

The various clans of Sri Lanka and the mystical kingdom of Lanka was mentioned in the great epics of Mahabaratha, Mahavamsa, Manimekalai, Ramayana and Sangam. About the religion of the natives is known that the Naga culture were serpent-worshippers and the Yakka culture were demon worshippers.

Even today, the Sri Lankan culture has some elements that originated from the culture of the Yakkas and Nagas.

The majority of the native population were farmers and cattle herders. They had knowledge about healing arts (ayurvedic), built irrigation systems and temples. 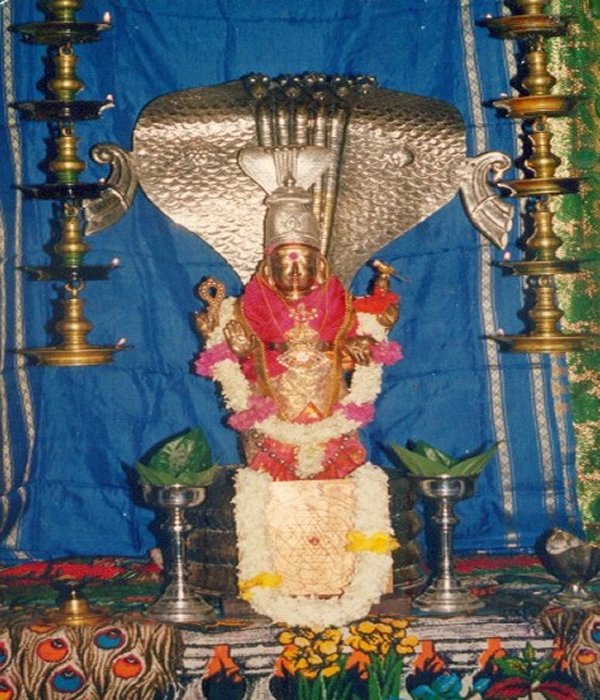 The Worship of snakes deities is popular in Sri Lanka, especially in Nainativu, the historic home of the Nagas. credits: wikipedia

There were trade relations and royal intermarriage between the indigenous people of Sri Lanka and their neighbors in the South India kingdoms. 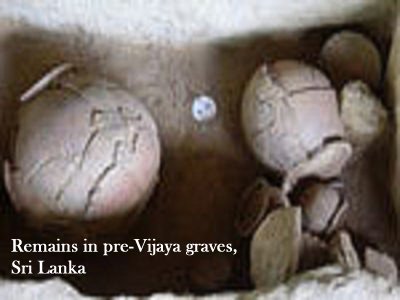 The era before the arrival of Prince Vijaya was not well documented so there is not much known of the previous native rulers of Sri Lanka.

Ravana the mythical king of Lanka kingdom is considered the most famous and most powerful native king who ever reigned in Sri Lanka.

The native rulers of Sri Lanka were later supplanted by the Indian rulers who came from Kalinga and South India, according to ancient records.

Senior lecturer of the Post Graduate Institute Ranjith Bandara said the finds from the graves, that were about 2600 years old.

Clay pots and small vessels were among the findings that contained in the articles used by the dead. 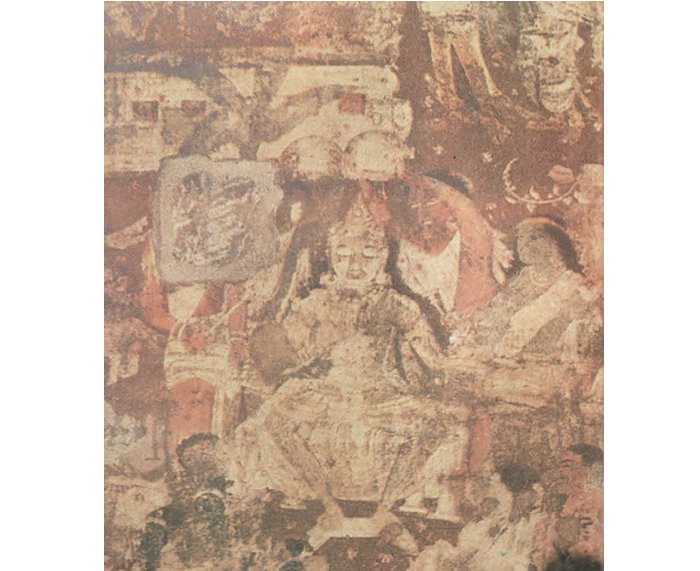 The consecration (coronation) of King Sinhala-Prince Vijaya (Detail from the Ajanta Mural of Cave No 17). credits: wikipedia

This discovery completes historical facts related to the period prior to the advent of Vijaya. He said he found evidence of funeral rites performed at the burial of the remains.

He said excavation project was launched about a month ago according to a concept the Director General of the Central Cultural Fund and that the cemetery would be conserved and opened for public display.

“We have not yet established the story of Vijaya with historical evidence. However, according to the Mahawansa chronicle a well developed civilization had existed in the country even before the advent of Vijaya."