Conny Waters - AncientPages.com - Archaeology in Bulgaria reports that a huge 40-meter (130-foot) long tunnel for looting that fit large draft animals to pass through, was unearthed by a team of researchers led by Kostadin Kisyov of the Plovdiv Museum of Archaeology. 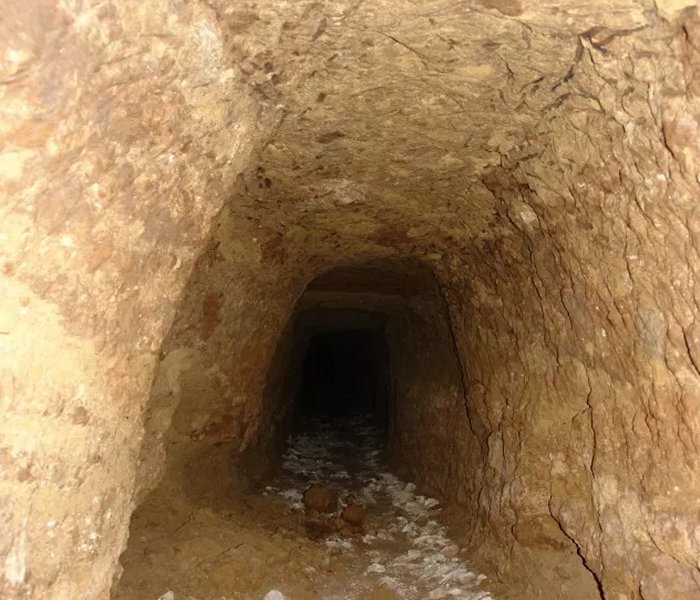 The 40-meter-long looting tunnel from the time of Ottoman Sultan Suleiman the Magnificent inside the 3rd century AD Roman – Thracian tower tomb was wide and tall enough to fit hinnies and mules used for extracting the demolished construction materials. Photos: Photo: Plovdiv Museum of Archaeology/Plamen Kurtev via Plovdiv Time

The tunnel, dug up in the 16thcentury, during the reign of Ottoman Sultan Suleiman the Magnificent (r. 1521 – 1566), was exposed by archaeologists working within the area of the Maltepe Burial Mound, Bulgaria’s largest Thracian burial mound. It is believed that the mound may contain the remains of Roman Emperor Philip I the Arab (r. 244 – 249 AD). 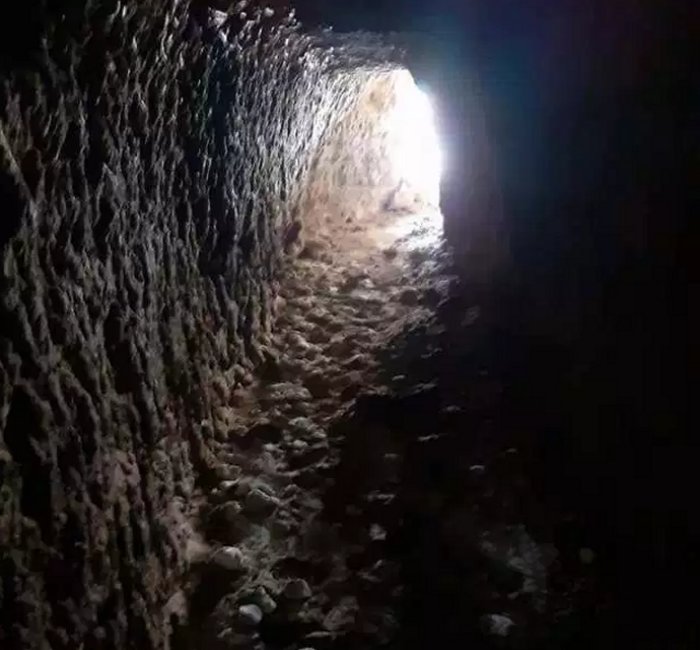 A coin minted by Suleiman the Magnificent, a bridle pit, and traces of draft animal manure
have been found by the archaeologists inside the looting tunnel sealed since the 16th century.
Photo: Stoilka Ignatova via Plovdiv Time

At first, the team, lead archaeologist Kostadin Kisyov discovered the entrance of the treasure hunting tunnel, a break-in in the southeastern corner of the third section of the ancient tower tomb beneath the Maltepe Mound from the Thracian – Roman period, reports local news and culture site Plovdiv Time.

Then, the researchers found definitive evidence when it had been built, and that it had been sealed, and not entered any more since that time – the 16th century.

“We registered the large-scale treasure hunting tunnel as early as last year. Back then we reached it but we didn’t explore it because it was dangerous," lead archaeologist Kisyov explains.

“This year, as we were descending and clearing up the southern side [of the tower tomb] in depth, we reached the level of the treasure hunting destruction resulting from the 40-meter-long tunnel," he adds. 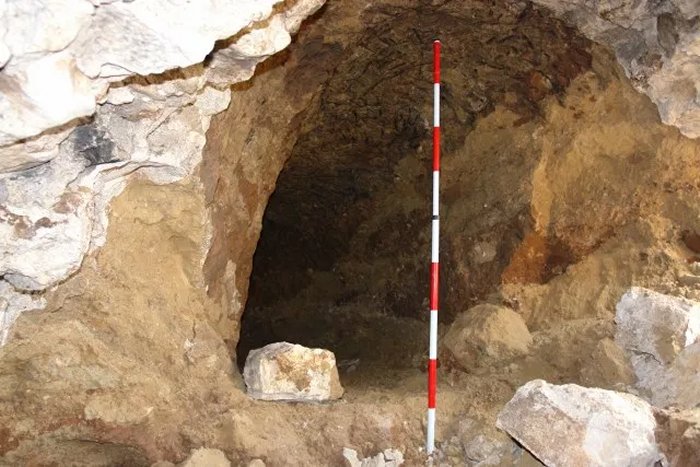 “The treasure hunters penetrated from the eastern side digging up a tunnel that leads directly to the southeastern foundation in the third section of the tower. Upon reaching the structure, they began to extract stones.... that covered an area that was 4.5 meters by 4.5 meters. Almost the half of the structure of that third section of the tower tomb was dug up, and stones were tossed around in the periphery of the mound…” the archaeologist explained..

The artifacts left behind by the 16th century treasure hunters include an Ottoman coin minted by Sultan Suleiman the Magnificent (r. 1520 – 1566), which was discovered at the entrance level inside the tunnel. 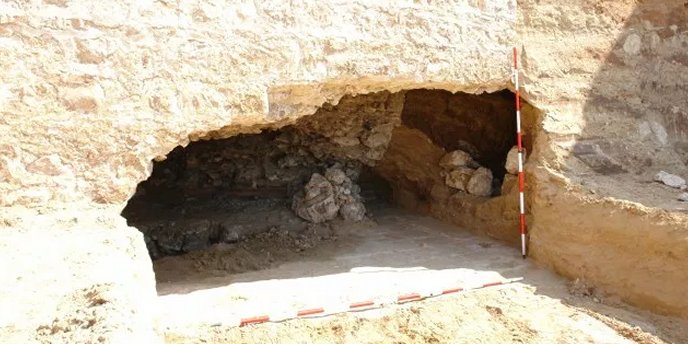 The entrance of the massive Ottoman looting tunnel from the 16th century – local legends
telling of a Turkish princess who had her aides try to plunder the Maltepe Mound might
turn out to be true. Photo: Plovdvi Museum of Archaeology / Plamen Kurtev via Plovdiv Time

Two more Ottoman coins have been found outside the tower tomb tunnel, in the periphery of the Thracian – Roman Era burial mound. Those are the so called mangir coins which were low-value coins used by the poorer population, and were minted by Ottoman Sultan Murad I (r. 1421 – 1451).

The archaeologists have also found that the ceiling of the tunnel was burned with torches or lamps fueled with animal fat or olive oil that the treasure hunters used for lighting. The researchers are yet to have the soot analyzed. 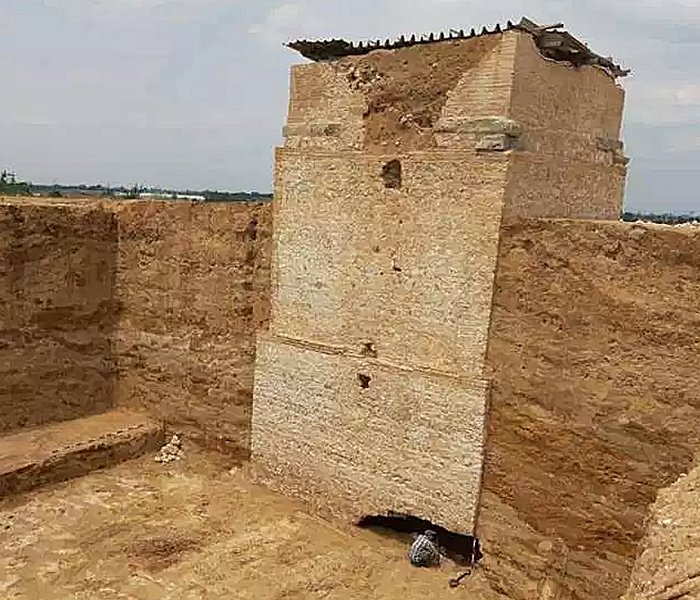 The tower tomb beneath the Maltepe Mound in Bulgaria’s Manole partly exposed after the end of the 2018 excavations. Photo: Stoilka Ignatova via Plovdiv Time

Kisyov’s team is yet to reach ground zero estimated to be 6 meters below the current level, and to establish the foundations supporting the impressive 20-meter-tall tower, which is about the height of an 8-storey building. The weight of the entire tower is estimated at 1,200 metric tons.

“Apart from that, on the top of the tower there was a pedestal on five levels which weighed about 15 metric tons. On its very top, there was some kind of a statue of which we have found no fragments whatsoever. The tower was designed so that it would hold that pedestal and that statue," the archaeologist said,

Archaeologists have a hypothesis that the tomb may belong to the Roman) Emperor, likely Philip I the Arab, who ruled from 244 to 249 AD.

However,  Kisyov  doesn't rule out the possibility that an Odrysian aristocrat might be buried in it, such as Teres, who was a proxy for the Emperor, and governed the entire Roman province of Thracia.