AncientPages.com - An enigmatic sculpture of a king’s head dating back nearly 3,000 years is for now a great enigma to solve for archaeologists, who do not know whose face it depicts.

The 2-inch sculpture - a small faience head dates back to the late Iron Age IIA (9th century BC, a period associated with biblical kings.) 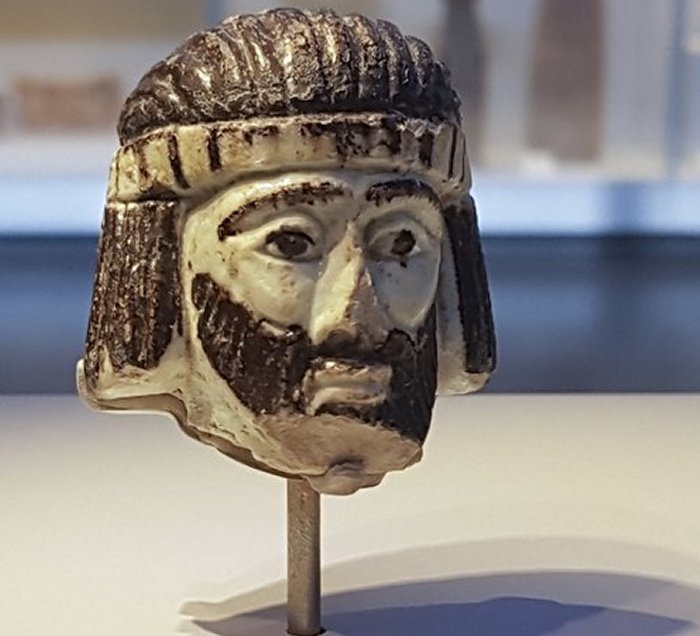 A 2,800-year-old miniature sculpture was found in the ancient city of Abel Beth Maacah in northern Israel. It may depict a biblical king. Credit: Gabi Laro

It was discovered in a large building during excavations conducted in 2017 at a site called Abel Beth Maacah, located just south of Israel’s border with Lebanon, near the modern-day town of Metula.

The head measures 2.2 x 2 inches and has carefully executed features, including glossy black tresses combed back from a headband painted in yellow and black and a manicured beard, according to Robert Mullins, Ph.D., lead archaeologist at Abel Beth Maacah and chair and professor in Azusa Pacific’s Department of Biblical and Religious Studies.

His almond-shaped eyes and pupils are lined in black and the pursed lips give him a look that is part pensive, part stern. The glazed surface is tinted light green due to the addition of copper to the quartz paste. Its elegant style indicates that the man was a distinguished personage, probably a king. By all appearances, the head appears to have broken off from the body of a figurine that stood 8-10 inches high. 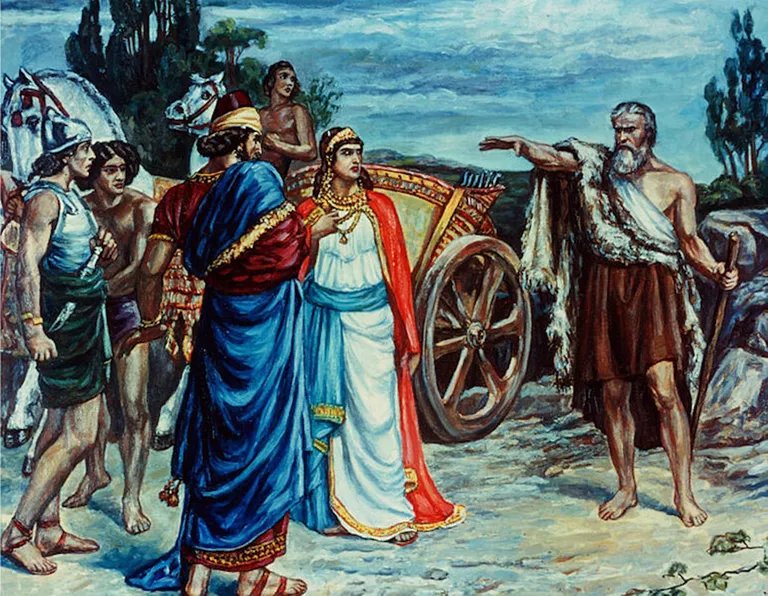 “Despite the head’s small and innocuous appearance, it provides us with a unique opportunity to gaze into the eyes of a famous person from the past; a past enshrined in the Book of Ages,” said Mullins in a press release.

“Given that the head was found in a city that sat on the border of three different ancient kingdoms, we do not know whether it depicts the likes of King Ahab of Israel, King Hazael of Aram-Damascus, or King Ethbaal of Tyre, rulers known from the Bible and other sources. The head represents a royal enigma.”

Live Science writes that "the sculpture depicts a man with long, black hair and a beard who is wearing a yellow and black headband. He has dark, almond-shaped eyes and a serious expression on his face.

The ancient city of Abel Beth Maacah is mentioned several times in the Hebrew Bible and continues excavations at the site yield several discoveries. During the 9th century B.C., Abel Beth Maacah was located between three regional powers: the Aramean kingdom based in Damascus to the east, the Phoenician city of Tyre to the west, and the Israelite kingdom, with its capital in Samaria to the south.

Kings 1 15:20 mentions Abel Beth Maacah in a list of cities attacked by the Aramean King Ben Hadad in a campaign against the Israelite kingdom.

In July 2017, high up on the summit of Abel Beth Maacah, Mullins and his team were excavating the remains of what could be an ancient citadel from the time of the Israelite kings. One room contained evidence of metallurgical activity. Another yielded an elaborately decorated Phoenician storage vessel and a small 2-inch square “dirt clod” that disguised this mysterious head was found in the easternmost room of the building.

“This location is very important because it suggests that the site may have shifted hands between these polities, more likely between Aram-Damascus and Israel,” said Hebrew University archaeologist Naama Yahalom-Mack, who has headed the joint dig with California’s Azusa Pacific University since 2013.