David Tee - AncientPages.com - One of the problems with myths is that those that cover the same subject, do not necessarily agree on the details. That is the case with Helen of Troy. The myths that talk about her give contrasting information.

This may be the reason why her story is as compelling as it adds a bit of mystery to her life. She may have chosen to go with Paris of Troy even though she was a married woman, instead of being a victim of abduction. This aspect brings a different light to her personality. 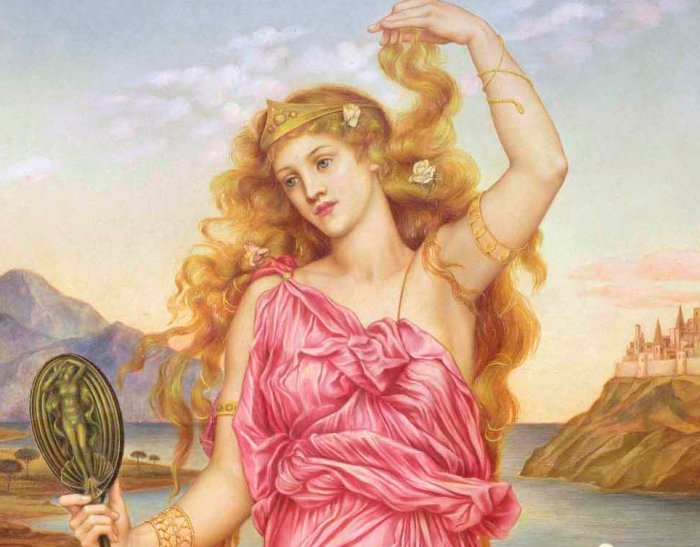 These bits of information bring out the idea that she may have been dissatisfied with her husband Menelaus and life as a Queen.

The myths cannot agree on the details of Helen’s birth. In most sources, including the Iliad and the Odyssey, Helen is the daughter of Zeus and Leda. Euripides' play Helen, written in the late fifth century BC, is the earliest source to report the most familiar account of Helen's birth: that Zeus, in the form of a swan, was chased by an eagle, and sought refuge with Leda. The swan gained her affection, and the two mated. Leda then produced an egg, from which Helen was born.

According to another version, Helen was the daughter of Zeus and the goddess Nemesis. Nemesis, however, did not wish to mate with Zeus. She therefore changed shape into various animals because she attempted to flee Zeus. When, she finally became a goose, Zeus also transformed himself into a goose and mated with Nemesis, who produced an egg from which Helen was born.

Her Life Was Not Always Luxurious

Even though she was declared the most beautiful woman in the world, Helen’s life was not always filled with luxury and ease. It is said that at the age of 12, she was the victim of a kidnapping by Theseus. 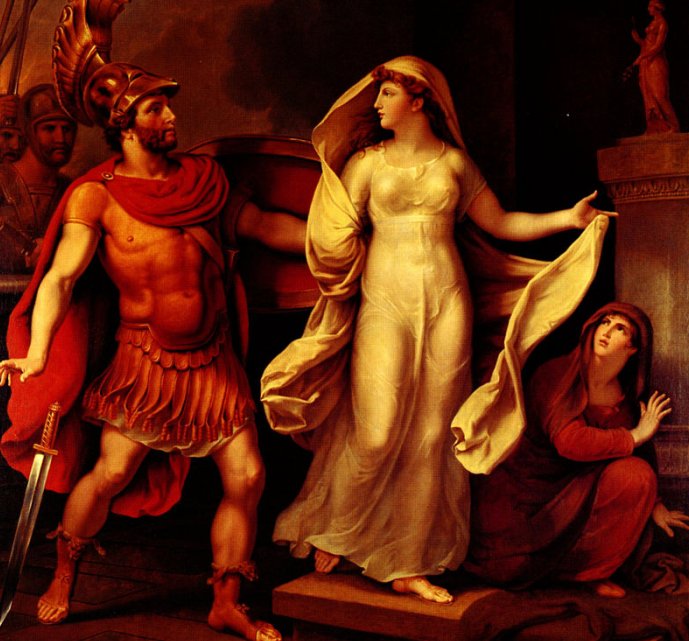 Helen of Troy and Menelaus. Art by Goethe-Tischbein, 1816. source

The latter, of course, wanted to wed Helen and he locked her away so she could not escape. His smother was placed in charge of her care and confinement. Before she was rescued the myths say that Helen gave birth to a daughter. But different myths have it that she was too young to give birth at this time.

After Helen was rescued by Pollux and Castor, her twin half-brothers in Greek and Roman mythology, known together as the Dioscuri, her father decided that she should marry. This decision laid the groundwork for the upcoming Trojan War, although very few if anyone knew it at the time.

Helen’s beauty was known throughout the known world and once the announcement came that she was available for marriage, suitors came from all over to win her hand. Menelaus was the eventual winner and he and Helen were soon wed.

But the marriage was also not free from trouble. After giving birth to a daughter and a son, scheming people intervened and Helen separated from her family once again.

Plot To Capture Helen Of Troy

According to one myth, Zeus planned a celebration for the happy day honoring Peleus and Thetis. Unfortunately, he forgot to invite Eris, the goddess of discord. She was the only goddess not to be invited to the wedding of Peleus and Thetis. When she arrived anyway and was refused admittance, she was very angry and threw a golden apple amongst the goddesses inscribed "To the fairest." Thus she devised a plan to set Hera, Aphrodite, and Athena, against each other, in a beauty contest.

Their rivalry brought about the events leading up to the Trojan War.

Paris, a Trojan prince, came to Sparta to claim Helen, in the guise of a supposed diplomatic mission. Before this journey, Paris had been appointed by Zeus to judge the most beautiful goddess; Hera, Athena, or Aphrodite. In order to earn his favor, Aphrodite promised Paris the most beautiful woman in the world. Swayed by Aphrodite's offer, Paris chose her as the most beautiful of the goddesses, earning the wrath of Athena and Hera.

While the three contestants were competing for the prize, Aphrodite promised Paris that if he chose her, she would help him marry the most beautiful woman in the world. This promise led to the kidnapping of Helen.

Other myths have it that Helen fled with Paris and went to Troy on her own accord.

Helen Of Troy And The Trojan War

The motivation behind Helen’s departure from Sparta remains in doubt, as the myths provide conflicting information. One story has it that Helen was very fertile and had a number of children with Paris.

Some stories have Helen very happy in with her new romantic lead while others have her sad, gloomy and wanting to return to her husband. These conflicting stories do not end here as Helen is supposed to have played a dual role during the war if she went to Troy at all.

Some stories have her in Egypt the whole time.

Demise Of Helen Of Troy

Like her life, the demise of Helen is in conflict. Some myths have Menelaus trying to kill Helen for her escape while others have it that she spent eternity in Hades with Achilles.

Another says that she spent her time on Mt. Olympus. However her life ended, Helen of Troy’s life remains a mythological mystery.

Lang A. Helen of Troy