AncientPages.com - The Chinese believe their earliest ancestors came down from the Moon to establish their Celestial Empire on Earth.

Very long time ago, certainly, a thousand years before Christ, the so-called sui sing globes landed on Earth. The globes were luminous and occupied by all-powerful beings, and as the Chinese use to say "from antiquity until our own days we cannot count all sui sing which have descended." 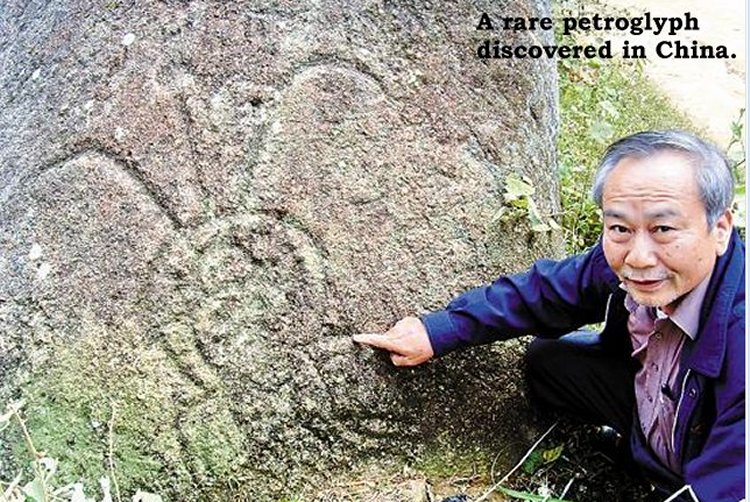 The chapter 8 of a very ancient manuscript called Huai-nan-tsu, describes an idyllic Age, when all living creatures on Earth, men and animals lived in peace and harmony. During this time, the manuscript says, "spirits came frequently to the people of earth, to teach the wisdom of the gods".

Rock carvings and paintings often constitute the only surviving evidence of prehistoric events on Earth and from time to time we find them in most inaccessible places of the world.

A rare petroglyph was discovered in a remote, almost inaccessible area of the Huoyaogang Hill, near Silun Town, Guangdong Province, in southwest China.
It features an alien-like figure wearing a helmet with a pair of feathers inserted in both sides and an antennae-like object protruding from the center of the helmet.

Additionally, the rock is covered with star maps, images of animals and diverse symbols and patterns of unknown origin. 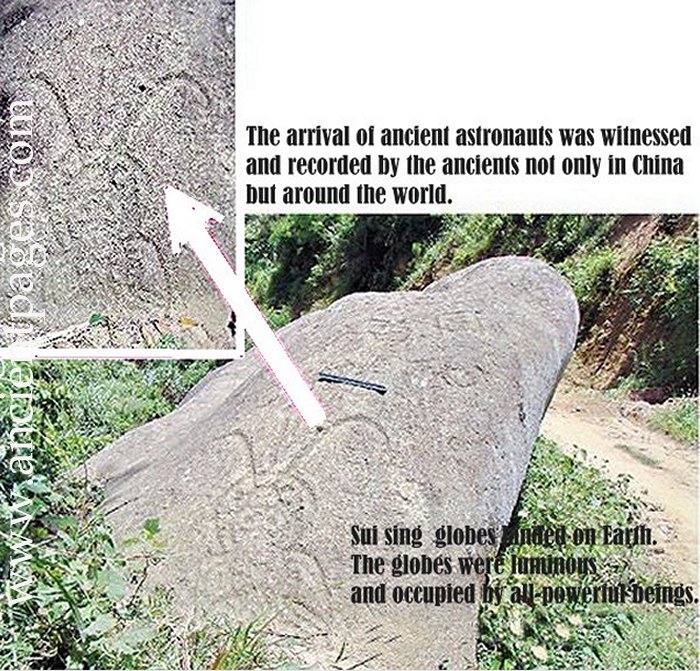 The rock was carved with stone tools and the carving is not particularly deep and at least three thousand years old, according to some Chinese experts who examined the finding.

"Based on the carving techniques, the petroglyph might have been made in the Neolithic Period by stoneware or some other blunt tools," said Chen Dayuan, former director of the museum in Luoding. He also adds that the figure depicted on the stone might be an alien.

"The carvings have been there for a while," said a local villager, and "even my great-grandfather did not know who made it. In the past, people sometimes came here to burn incense and worship the rock." 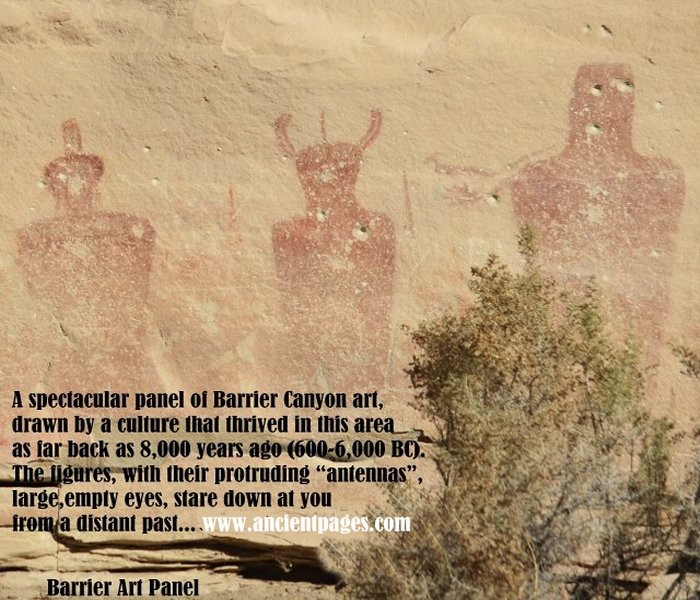 Was the huge rock used by the Baiyue people, a local ancient ethnic group, as an astronomical marker?

It's hard to say today, likewise it's difficult to shed some light on the Baiyue people, who have often been compared to the lost tribes of Israel, and Chinese historians are very uncertain, who they were and what happened to them. 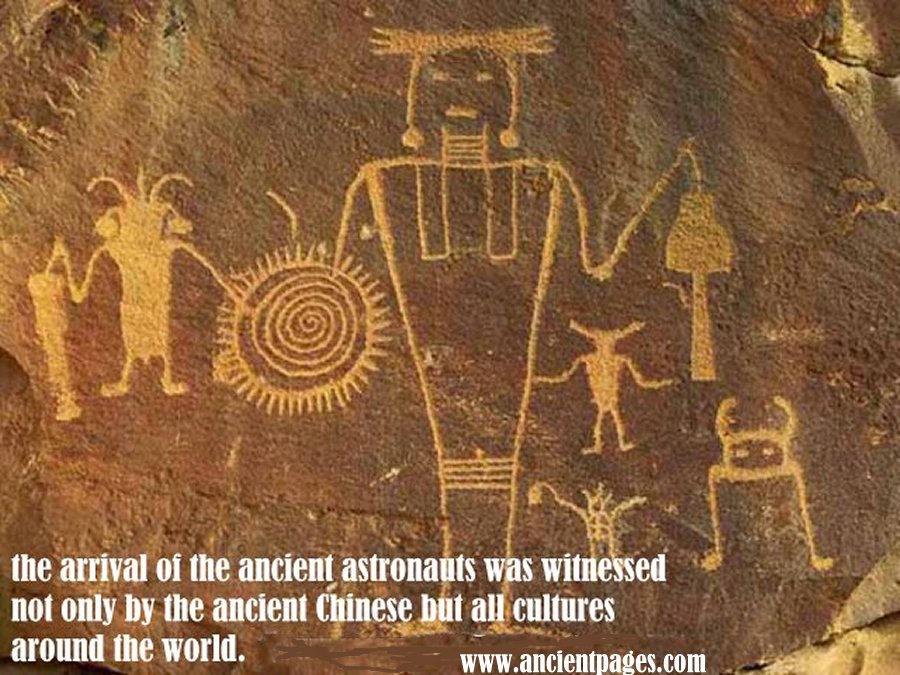 There is almost total absence of all records from the remote past, destroyed by cataclysms or megalomaniac and power hungry emperors worldwide.

The stone carved with the painting is located on the Huoyaogang Hill in Fenhui Village, Silun Town, Luoding City, Guangdong Province, only 3 kilometers away from Guangxi Province.
Two large stones face each other across a small stream, and are called "Parents-in-law Stones" by local people, with the rock painting carved on the one closer to the lane.

Therefore, this unique petroglyph from the Huoyaogang Hill is yet another important artifact by means of which, the ancient Chinese people wanted to record the event of great significance - the arrival of the ancient astronauts.