Ellen Lloyd - AncientPages.com - When 17th century Europeans reached what is now New Hampshire they found that someone had been there before them.

Evidence suggests that North America was colonized long before the birth of Christ. The truth is there was an advanced civilization on the shores of America thousands of years ago...

Who were they? Where did they come from? Discover the secrets behind one of the oldest American megaliths…

Mystery Hill is an ancient American site near Salem in New Hampshire. This fascinating place has puzzled scientists for centuries. The stones and inscriptions discovered at this location offer evidence clearly showing that Columbus was anything but the first person to reach the New World.

New Hampshire Mystery Hill, also known as America's Stonehenge is located about 40 miles north of the city of Boston, and about 25 miles inland from the Atlantic Ocean. It is one of the largest and possibly the oldest megalithic sites in Northern America. Mystery Hill is a series of stone formations traversing over 30 acres. 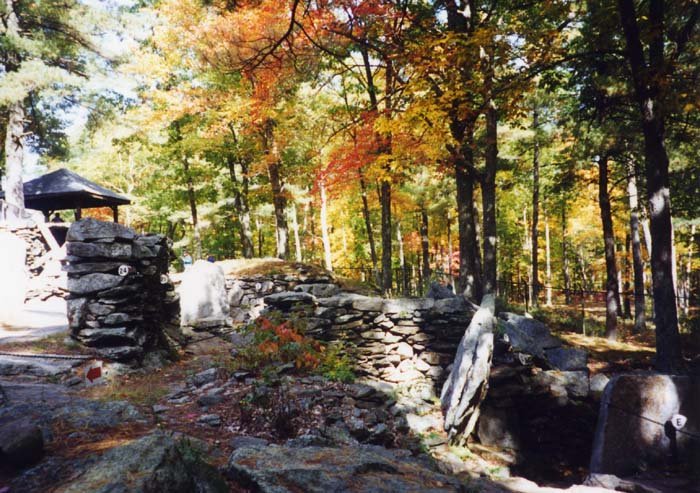 When the Europeans colonized today's New Hampshire they discovered traces of an unknown civilization. The Spaniards paid little if any attention to the purpose behind the stone circles and other curious megaliths they witnessed.

It took 300 years before the ancient stones of New Hampshire were noticed and examined by scientists.

There is a lot of controversy and a number of unanswered questions surrounding American Stonehenge.

Who constructed the stone circles near Salem? Is it possible that the mysterious architects were members of an ancient civilization from across the sea? Did the ancients know more about the world than the modern man imagined?

Additionally, if we compare the techniques used to build the pueblos and the ancient structures near Salem, it is clear that the architects were not the same.

Who Built Mystery Hill And Why?

The architects of Mystery Hill had an impressive knowledge of astronomy. Stone walls throughout the site provide over 200 astronomical alignments with the moon, 45 different stars, and important geographic points.

One standing stone points to the star Thuban, which was the North Pole star in 2000 BC. Huge monoliths are aligned to mark the summer and winter sunrise. The stones may have helped those who lived here to plot the seasons.

Although, Mystery Hill is often referred to as America's Stonehenge, the arrangement of the stones and circles in New Hampshire differs from the original Stonehenge in the United Kingdom.

The stones involved in Stonehenge are larger, up to 45 tons. The stones at Mystery Hill are smaller, and the largest is about 11 tons. Stonehenge is located on a plain, not a hill, and is arranged specifically as a series of concentric circles, horseshoes, and squares. The stones at Mystery Hill seem scattered around and disordered, and yet the monoliths were raised for a specific reason.

The altar stone, known as the Sacrificial Stone was most likely a place of sacrifice to appeal to the gods.
The altar is a 4.5-ton grooved slab and it bears a striking resemblance to altar stones found at megalithic sites in Europe.

Beneath the sacrificial table is the Oracle Chamber. It is an elaborate web of hallways and carved out spaces that are thought to have been used during rituals upon the altar. It contains a bed, bench, closet, and a tube that allows a person inside the lower chamber to speak to congregants above at the altar.

In addition to the Oracle Chamber and the Sacrificial Stone, the site has a number of other artificial caves and passages. At least one was constructed with a drain to keep them from being flooded. The purpose of the rest of these structures, except one which appears to be a water well, is unknown.

Where Can We Find Clues And Discover The Truth About The Architects Of Mystery Hill?

Some say the Mystery Hill was built by the ancient Celts and served as an astronomical calendar.
Others suggest the ancient stones were raised by giants. According to another theory, the stones are remains of an ancient Bronze Age civilization from the Mediterranean who reached New Hampshire in the distant past.

Approximately 500 years before the Spaniards and Portuguese reached the shores of America, the Viking Leif Eriksson set foot in the New World in 1001 A.D. Ericson and his crew made it to Vinland, now identified by archaeologists as Anse aux Meadows, Newfoundland.

Although the Vikings made only a few voyages to the New World, Leif Erikson's discovery was the beginning of Vikings' exploration of North America.
But the Vikings did not build Mystery Hill. "Someone" was already there even before the time of the Vikings…

Some years ago, samples were taken from Mystery Hill. They were sent to a laboratory in Cambridge, Massachusetts for examination. The results were astonishing. As many already know, Carbon-14 dating is a way of determining the age of certain archaeological artifacts of a biological origin up to about 50,000 years old. In this case, carbon dating showed that the samples from Mystery Hill were at least 3,000 years old!
It means that approximately 1,000 before the birth of Christ an ancient civilization visited New Hampshire and raised the mysterious stones, which we can admire until today.

The origin of the Mystery Hill ancient architects is a fascinating story.

At this point, we can conclude that the 17th Europeans, the Pueblo Indians, and the Vikings were not the ancient builders. There must be another ancient civilization responsible for the megaliths near Salem.

Our journey and search for the forgotten builders of the past take us across the sea.
Might the unknown visitors to Mystery Hill have crossed the ocean? Did the ancient builders arrive by ship from the East? These are intriguing and highly controversial questions always avoided by traditional archaeologists. 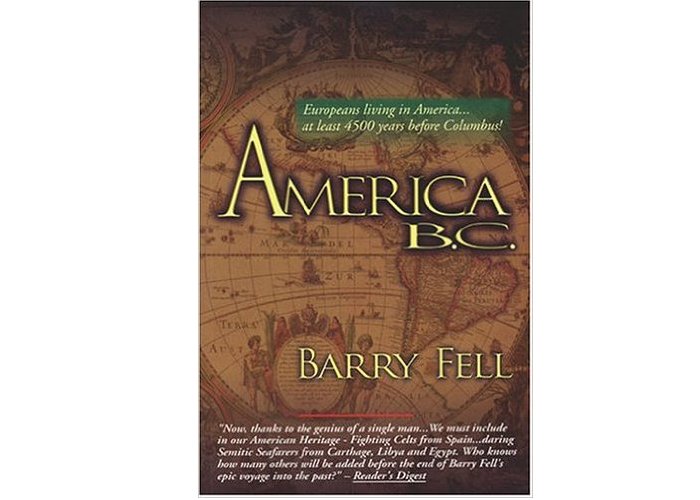 It has long been taken for granted that the first European visitors to American shores either sailed with Columbus, or Norsemen like Leif Erikson. Berry Fell has uncovered evidence to replace those legends with myth-shattering fact. Illuminating, authoritative and enhanced with over 100 pictures, that describes ancient European temple inscriptions that date as far back as 800 B.C.. Read more

The result of his research clearly showed that America in ancient times was in fact populated by various European races and people from North Africa as well. Fell was able to identify traces of Basks, Celts, Phoenicians, and ancient Egyptians across the country.

Cryptic North American Blythe Intaglios Reveal The Creator Of Life: Who Was This Unknown Being?

In Barry Fell's opinion, the ancient visitors came in large ships. The first voyage was accidental. The explorers simply "stumbled upon" new land and their unexpected discovery led later to more trips to this region of the world.

Another controversial theory promoted by Professor Hanz Holzer, suggests that Mystery Hill was built by the ancient Minoan civilization.
According to Professor Holzer especially one particular stone, known as the G-Stone provides evidence that the Phoenicians constructed Mystery Hill.

"To me it is not question that this was written by people who spoke the ancient Phoenician language and used the Phoenician alphabet. The origin of this inscription is in the area of Phoenicia, and the island of Crete.  The Minoan culture where Phoenician people settled and then became the Minoan people," said Professor Holzer. 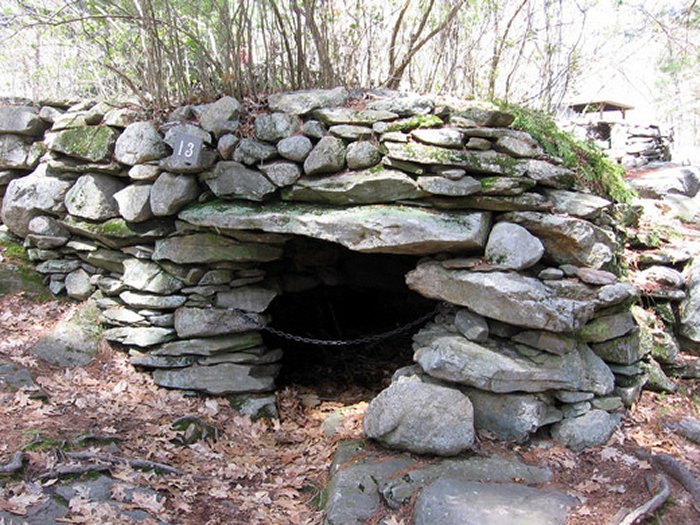 In addition, the long central lane at Mystery Hill is reminiscent of some walls in ancient Europe. Professor Holzer thinks that the style of masonry is the same, the wall lane is common to Knossos, a city in ancient Crete, capital of the legendary king Minos, and the principal center of the Minoan, the earliest of the Aegean civilizations.

We may never know who built Mystery Hill. We do know that the ancient builders who possessed astronomical knowledge came from another place. The ancient stones are most likely the remains of an ancient culture from across the sea.

Mystery Hill' origins have puzzled men for centuries and it still does. America's Stonehenge remains as mysterious as ever…