Anundshög, located near Västerås in Västmanland, Sweden, contains 12 mounds, ten stone circles, 14 standing stones, and one imposing rune stone. There are also five stone ships of various sizes; the largest of them is 53 meters long and 16 meters wide, in the vicinity of the mound. 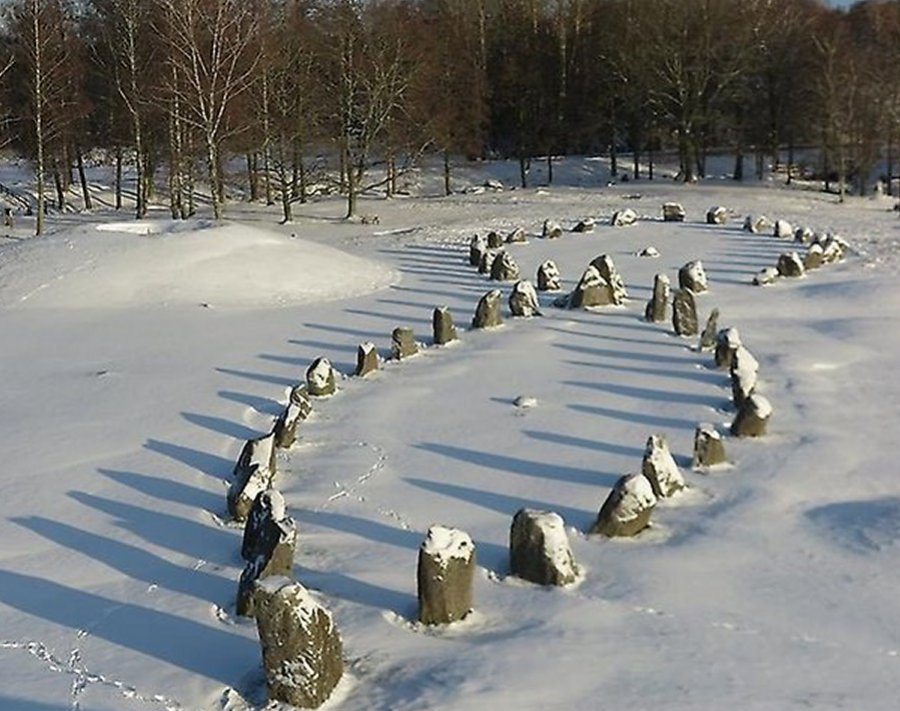 Many believe the area was a significant center of royal power during the Iron Age and was also important around the 1300s. Anundshög was a part of Eric Street (in Swedish: 'Eriksgata'), and several of the stones in the area mark this traditional path through which the chosen king rode past with his escort to get his royal power confirmed by the people.

Many people participated in the building of Anundshög, the largest burial mound in Sweden. It was made of clay and used to burn the dead, whose remains were covered with a cairn of stones, turf, and soil. The remains around Anundshög clearly show that the area was the core of a prestigious power center during the Iron Age.

Although the site contains many graves, people report the positive energies of the place and several healing areas (one of them is the stone ship). 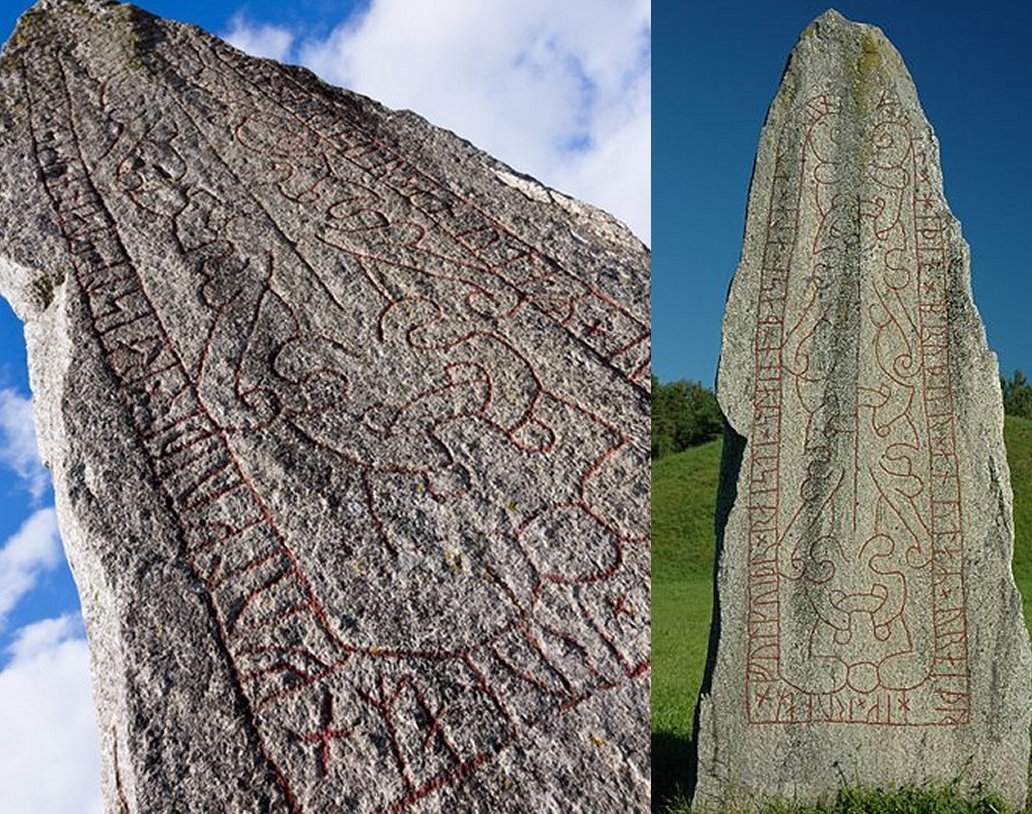 Left: The runestone at Anundshög has a pattern and a runic inscription, different from other runes in Sweden.  Image credit: www.anundshog.se Right: Image credit: Christer Johansson - CC BY-SA 2.5

It seems that in early medieval times, someone deliberately tried to wipe out the power center and weaken its importance. The stone ships were destroyed, and a runestone was overthrown.

The original name of the site is not preserved and remains unknown. During the Middle Ages, the site's name was replaced, and since then, all know it as' Anundshög.'

Were the burial mound and its name associated with the legendary Swedish king Anund ('trail-blazer') Bröt-Anund or 'Anund the Land Clearer' who reigned during the early 600s, or did the name originate from the large runestone at the site?

Anundshög site has 11 smaller burial mounds, most of which were looted a long time ago; there are also 10 stone circles between 6 to 30 meters in diameter.

The damage to the site during the 1600s could be related to the advent of Christianity when similar sites were no longer accepted.

Researchers restored four of the five ships, and the fifth ship setting is still to recover.

"Folkvid raised all of these stones after his son Heden, Anund's brother. Vred carved the runes..."

The runestone at Anundshög has a pattern and a runic inscription, different from other runes in Sweden.

A man named Folkvid ordered the construction of the stone ships in the 1000s and helped to construct them.

In the middle of the runestone, a man and a woman are depicted, and according to the inscription:

The runestone was overturned and moss-grown back in the 1660s, according to Runic Inscriptions 'Ransakningarna' 1667.

Tibble maze used for all kinds of rites and dated to 100's is located only 800 meters from Anundshög; formed of 2000-3000 stone, it represents one of Sweden's labyrinths, usually used in fertility rituals or to contact the spirit world with the help of shamans, or medicine men.