A. Sutherland - AncientPages.com - In Greek mythology, there is a well-known myth of Hades, a harsh, shadowy place where the dead lived. Hades is also the name of the god who reigned over this inhospitable realm.

Hades does not resemble the Christian hell and cannot be compared to Irkalla, the ancient Mesopotamian underworld or Mictlan in Aztec beliefs. 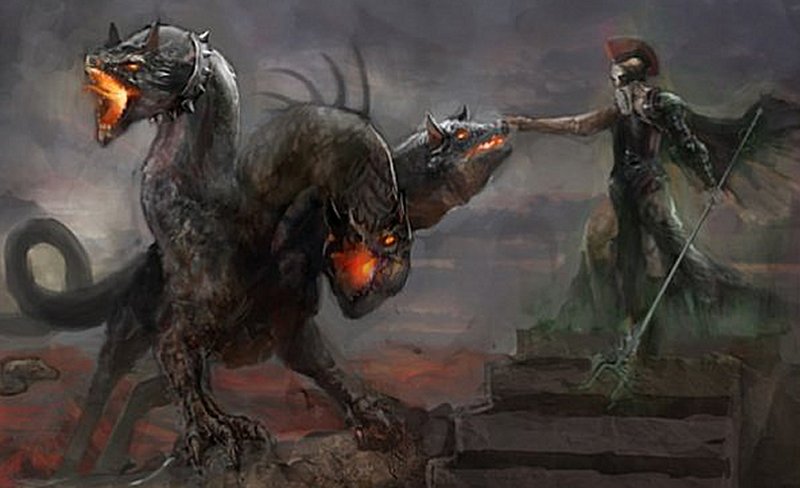 The Greek realm of the dead is also very far from the reality of Diyu and its 18 levels of hell with awful chambers where people are tortured and constantly suffer pain.

The deceased entered Hades with the help of Charon, the ferryman and a psychopomp of Hades whose duty was to carry dead souls across the rivers Acheron and Styx that divided the world of the living from the world of the dead. It happened that also Hermes, the god and a psychopomp, led the spirits of the dead to the afterlife; in Egyptian beliefs this role had Anubis, god of death, mummification, embalming and the afterlife.

The underworld of Hades had five magical rivers and each of them had its symbolic meaning: Phlegethon (fire), Lethe (oblivion), Acheron (the river of sorrow, or grief), Cocytus (lamentation), and Styx (hate), the principal river in the underworld, which formed the boundary between the upper and lower worlds. The Greek gods swore upon the river Styx. Their oath was sacred and if any deity was guilty of breaking this oath, he was deprived of divine drink (nectar) and ambrosia, which were traditionally consumed by the gods during their banquets.

The far side of the river was guarded by Cerberus, the three-headed dog defeated by Heracles (Roman Hercules). Passing beyond Cerberus, the shades of the departed entered the land of the dead to be judged.

Then, the souls passed the entrance guarded by Cerberus, the three-headed dog was usually kind and meek, when the deceased just arrived, but he became very aggressive when someone tried to get out.

Moirai (The Fates): Greek Incarnations Of Destiny And Personification Of A Single, Unavoidable Fate

Finally they entered the realm of Hades and appeared before the judges (past kings and sons of Zeus) who passed verdicts on the dead. They weighed the mistakes and good deeds of souls, and the deceased was either rewarded or cursed.

If someone was once a brave hero or a good ruler, the judges sent him or her to the Elysian Fields (Elysium), in Greek beliefs part of Hades, destined for souls of good people, who can enjoy feasts and celebrations, and can be compared to Valhalla in Norse mythology.

Those souls, who had committed serious crimes against the gods, would be sent to the Fields of Punishment, a part of Tartarus, where the dead like a giant Tityos, Sisyphus and Tantalus were judged to spend eternity.

Zeus sent many of the Titans to Tartarus.

Asphodel Meadows was a peaceful and pleasant place in Hades for most souls who had not achieved any great and impressive deeds nor committed evil things.

Only Few Mortals Could Leave Hades

Very few mortals could leave Hades once they entered, but as in all Greek mythology, there were exceptions to the rule. One example was Orpheus, a son of the Thracian river god Oiagros and the Muse Calliope. He was one of the few Greek heroes, who visited the land of the dead and successfully returned to earth. 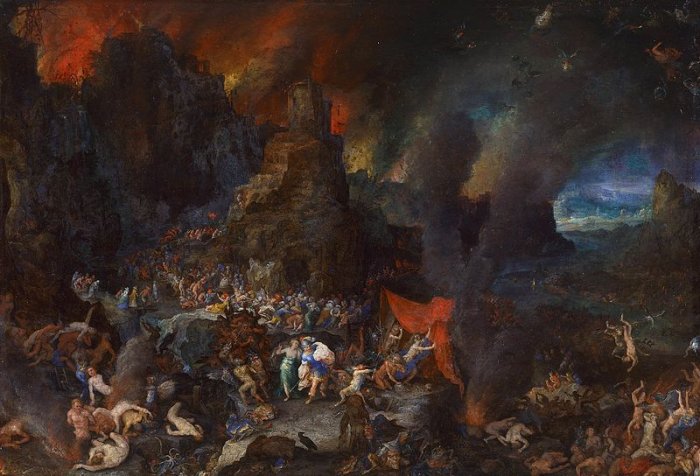 Hades had many residents, including also those who were not prisoners like for example, Hekate, the goddess of magic, many evil spirits and demons, including the Arai, the spirits of curse, and the three Furies, goddesses of revenge and retribution, with appearance, which was both remarkable and hideous.

Hades who ruled over his realm did not like unwanted visitors; he played evil tricks on visitors from the land of living and trespassing on the land of the dead wasn’t welcomed.