Ellen Lloyd - AncientPages.com - When we hear the word Nemesis we think of an opponent or enemy that is very difficult to defeat. If you are a Star Trek fan, you associate the name with the episode Nemesis in which Captain Picard meets his most dangerous adversary.

The word Nemesis originally meant the distributor of fortune, neither good nor bad, simply in due proportion to each according to what was deserved.

In Greek mythology, Nemesis was a winged goddess of justice and revenge.  Often called "Goddess of Rhamnous", an isolated place in Attica, Nemesis was remorseless and her name means “to give what is due. She was also known as Adrasteia, meaning "the inescapable" 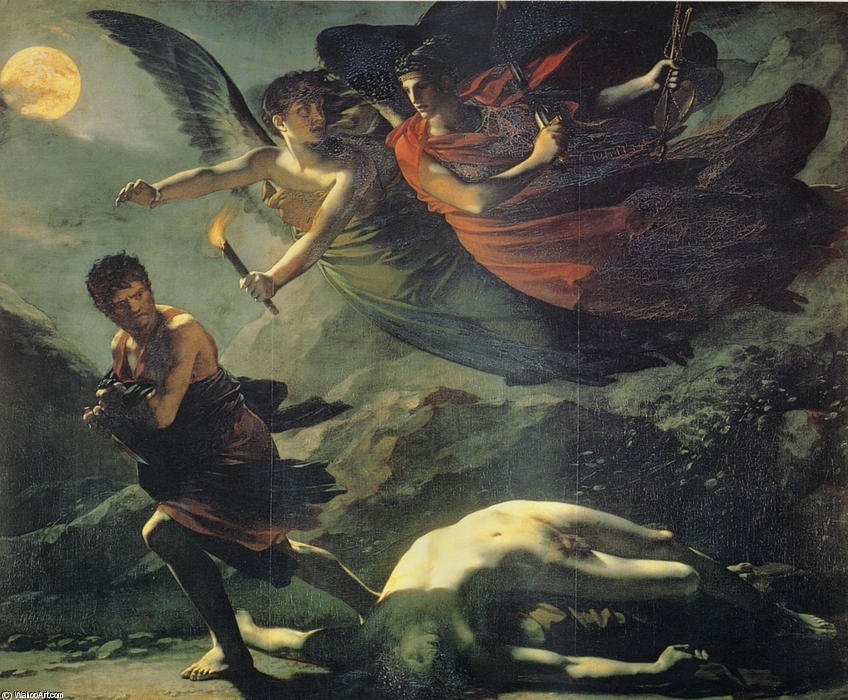 Who Was The Goddess Nemesis?

Her cult may have originated at Smyrna, an ancient Greek city located at a central and strategic point on the Aegean coast of Anatolia.

A festival called Nemeseia was held at Athens.

A festival called Nemeseia was held in Athens. Its object was to avert the vengeance of the dead, who were supposed to have the power of punishing the living if their cult had been in any way neglected. This evolved into a festival giving homage to Adrasteia/Nemesis. Sacrifices were made to her in the hopes of avoiding her gaze and judgment, or in an attempt to invoke her aid for a perceived slight. In Rome, she was considered the patron Goddess of Gladiators & the Arena, and sacrifices were offered before every bout.

Nemesis is usually seen holding a sword, but in some images, she can be seen holding balance, scales or measuring rod. She has enormous wings and travels in a chariot drawn by Griffins, which were beasts with the head and wings of an eagle and the body of a lion.

In the classic Greek tragedies, Nemesis appears chiefly as the avenger of crime and the punisher of hubris (arrogance before the gods).

One Greek myth tells the story of how Nemesis punished, Narcissus, a hunter in Greek mythology, and son of the river god Cephissus and the nymph Liriope. Narcissus was a very beautiful young man who was also very arrogant and disdained those who loved him. One day, while he was hunting in the woods, the Oread nymph Echo spotted him and immediately fell for him.

When Narcissus sensed that someone was following him, Echo eventually revealed herself and tried to hug him. However, he pushed her off and told her not to disturb him. Echo, in despair, roamed around the woods for the rest of her life and wilted away until all it remained of her was an echo sound. 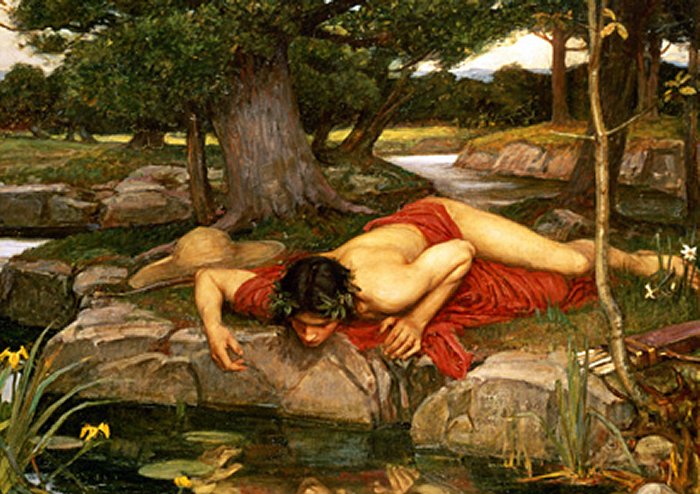 Narcissus was punished by Nemesis.

Nemesis, the goddess of retribution and revenge, learned what had happened and decided to punish Narcissus for his behavior. Nemesis led him to a pool, where he saw his reflection and fell in love with it. Unable to abandon his reflection, he died there.

Nemesis believed that no one should ever have too much good, and she had always cursed those who were blessed with countless gifts.