A. Sutherland - AncientPages.com - Goreme (Göreme), located among the “fairy chimney” rock formations, is a town in Cappadocia, a historical region of Turkey. It is in the Nevsehir Province, Central Anatolia famous for its labyrinth of tunnels, largest and most complex underground city in the world. 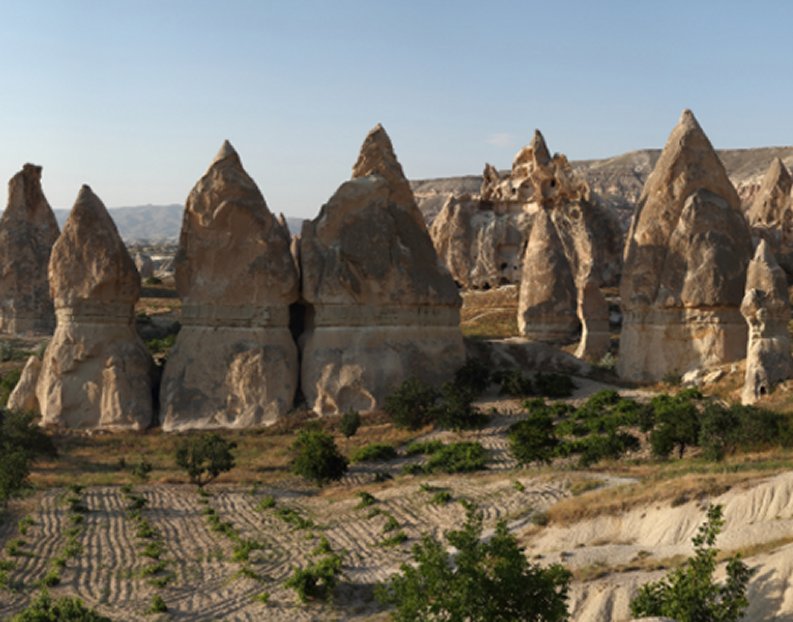 After a volcanic eruption about 2000 years ago, lava formed soft rocks in Goreme and Cappadocia Region, in Turkey.

The softer rock was eroded away by wind and water, leaving the hard cap rock on top of pillars, forming the present-day fairy chimneys.

In the 4th century, small communities of people who preferred to live alone and away from other people for religious reasons began to carve cells in the soft rock in the region, acting on the instruction of Saint Basil of Caesarea, known for his care of the poor and underprivileged. During the iconoclastic period (725-842) that began with the rule of  Byzantine Emperor Leo III, the decoration of these sanctuaries had only sparse symbolic decoration, such as the depiction of the Christian cross.

After this period, new churches were dug into the rocks, and they were richly decorated with colorful frescoes depicting Scenes from the Bible. 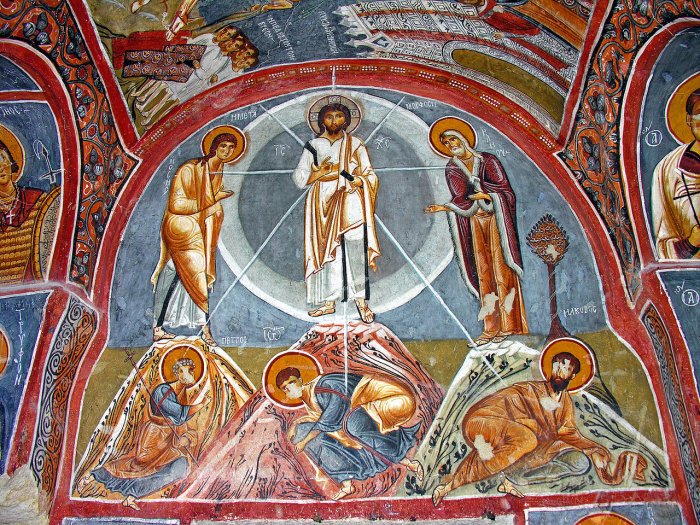 People of Goreme, at the heart of the Cappadocia Region, realized that these soft rocks could be easily carved out to form houses, churches and monasteries, and even entire underground cities. Most impressive Byzantine frescoes were created with a 10th-century mural technique where metallic paint is melted in lime water and then plastered on rock ceilings or walls.

There are as many as 600 churches made out of the soft rock that dots the Cappadocia landscape, but there may well be many more yet to be unearthed.

There are 30 rock-carved churches and chapels with beautiful frescoes from the 9th and 11th centuries that include "St. George Who Fought the Dragon," "The Last Supper," "The portrayal of Jesus Christ and the Virgin Mary," and "The Birth of Jesus Christ" as well as depictions of saints of the region. 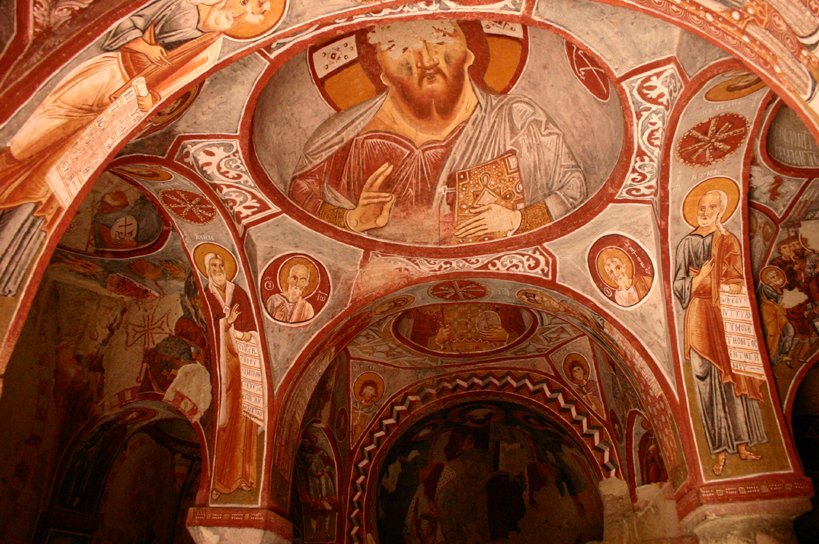 One of the most interesting rock structures is the so-called 'nunnery' that contains six or seven floors, with an old dining hall, rooms and kitchen, and the ruined chapel. The church on the third story of the nunnery, having the shape of a cross was built with a dome with four columns and three apses. The different levels of the monastery had connected by tunnels and "millstone doors" that could immediately close off tunnels in times of danger.

The best-known rock-cut churches are the ones at Goreme Village, but there are more with strong Egyptian and local influences with very interesting names such as Sandal, Snake, and Apple.

Many churches are beautifully decorated in a variety of motifs displaying mythological animals, geometrical patterns, and military symbols. The walls also have motifs resembling stonework. The frescoes are narrating scenes from the Bible and the life of Christ, the Hospitality of Abraham, and Three Hebrew Youths.