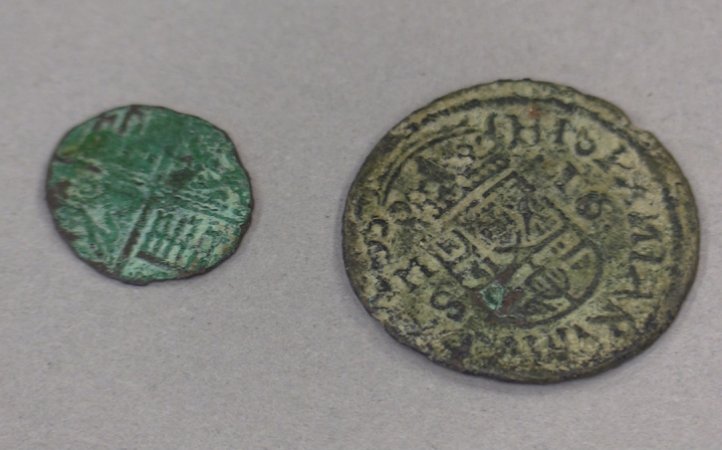 A pair of ancient Roman coins found in Utah are puzzling scientists. The National Park Service is trying to authenticate the coins and determine how they made it to that location. Credit: John Hollenhorst, Deseret News

There are no historical records of ancient Roman presence in Utah. From what is historically know, the first documented Spanish expedition, led by two Spanish priests, Father Atanasio Dominguez and Father Silvestre Velez de Escalante, but they were never near the region where the coins were discovered.

"I think it's very unlikely that these are associated with Escalante and Dominguez," Brian Harmon, park service archaeologist said. "One possibility is that there was some Spanish presence in that area that just is undocumented or is very poorly documented. Another possibility is that these coins were traded to a Native American group by the early Spanish explorers and settlers."

"This is very exciting. "I've never seen anything like this in my career," he added.

The two small coins were found near the Halls Crossing Marina on Lake Powell.  To stay on the safe side, authorities have decided to keep the exact location secret for now. It’s possible there could be other precious ancient artifacts in the area. The coins have not gained any publicity yet, but it’s uncertain whether they are authentic or not.

Scientists are excited about the discovery and the artifacts are very well-preserved. According to Deseret News, “the two small coins — one about the size of a quarter and the other smaller than a dime — definitely give the appearance of being ancient. They don't appear to be gold; they are slightly greenish in color, suggesting the presence of copper.”

"They're very thin," Riedel said. "We're guessing one is probably silver and one is maybe copper." 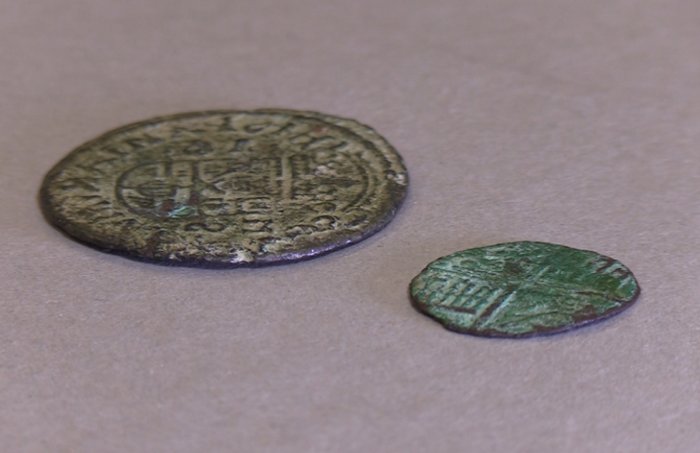 These coins, which appear to be old Spanish coins dating back to the time of the conquistadors and perhaps even earlier. Credit: John Hollenhorst, Deseret News

Museum technician Lisa Riedel has done a first preliminary examination of the artifacts. Riedel said the coins are very thin and one is probably made of silver and the other od copper.

The hiker’s initial thought was that they were medallions of some sort, but after going home doing some research he figured out that they were old Spanish coins.

The next step is now to determine of the coins are authentic and examine the area to check if more objects of historical value can be found.

If these are really ancient Roman coins, then the discovery will open up a totally new chapter in the history of Utah. Still, one shouldn’t jump to conclusion just yet. The artifacts must be thoroughly examined by experts before more can be said about this interesting find.