A. Sutherland - AncientPages.com - Newspaper Rock is one of the finest and largest collections of Indian rock art to be found anywhere in the U.S.

The first carvings at the Newspaper Rock site were made around 2,000 years ago, by people from the Archaic, Anasazi, Fremont, Navajo, Anglo, and Pueblo cultures who lived in Puerco River Valley from about 650-2,000 years ago.

In Navajo, this rock - covered with almost two millennia-old stories written in stone - is called "Tse' Hone" (‘the rock that tells a story’). 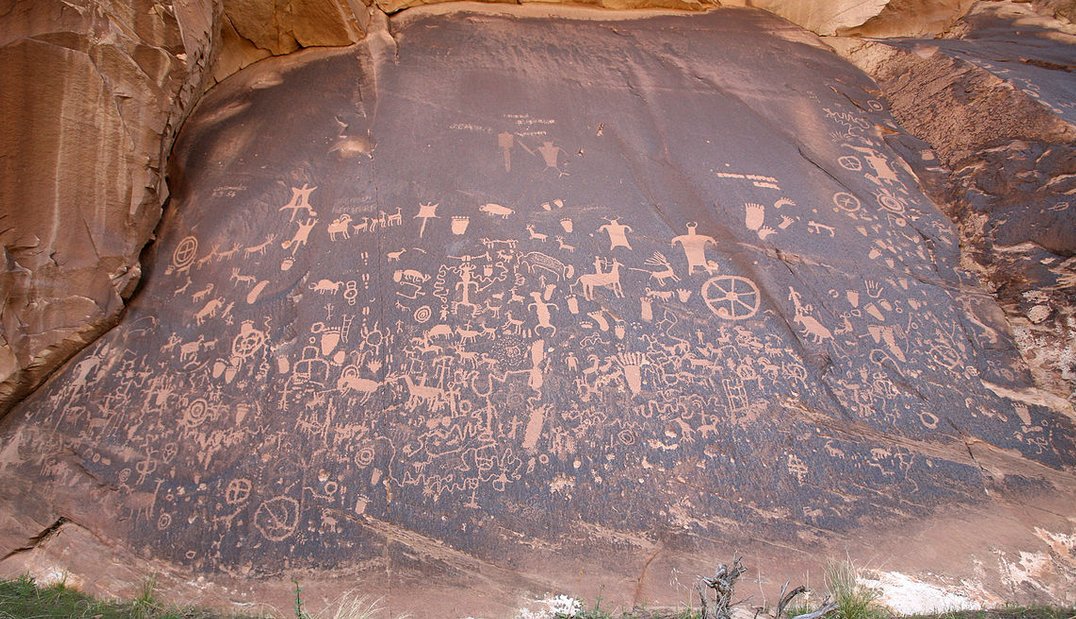 This fascinating petroglyph panel (above) is located in San Juan County, Utah, along Utah State Route 211, 28 miles (45 km) northwest of Monticello and 53 miles (85 km) south of Moab, on the road that leads to the Needles District of Canyonlands National Park.

The petroglyphs were carved in sandstone by Native Americans during both the prehistoric and historic periods. We can find them in countless places across the U.S. In Wyoming's Bighorn Basin there are Thunderbird Petroglyphs, which have always had an important meaning in beliefs of the ancient people of this region.

People created this rock art thousands of years ago and not only in Bighorn Basin but also in other places like at the Winnemucca Lake, with the oldest known petroglyphs in North America. Cut into several boulders located within the Pyramid Lake Indian Reservation, in western Nevada, the petroglyphs date to at least 10,500 years ago and perhaps even as far back as 14,800 years ago.

Now, we go back again to the Newspaper Rock, where hundreds of human hands, snakes, stick figures, a great variety of shapes, symbols and signs and animal figures like deer, bighorn sheep, cover the area.

There are over 650 rock art designs that can be found in the area of Newspaper Rock. It is also unclear why there is such a large concentration of petroglyphs in this particular area.

The petroglyphs have a meaning, which more or less remains an unsolved ancient mystery. 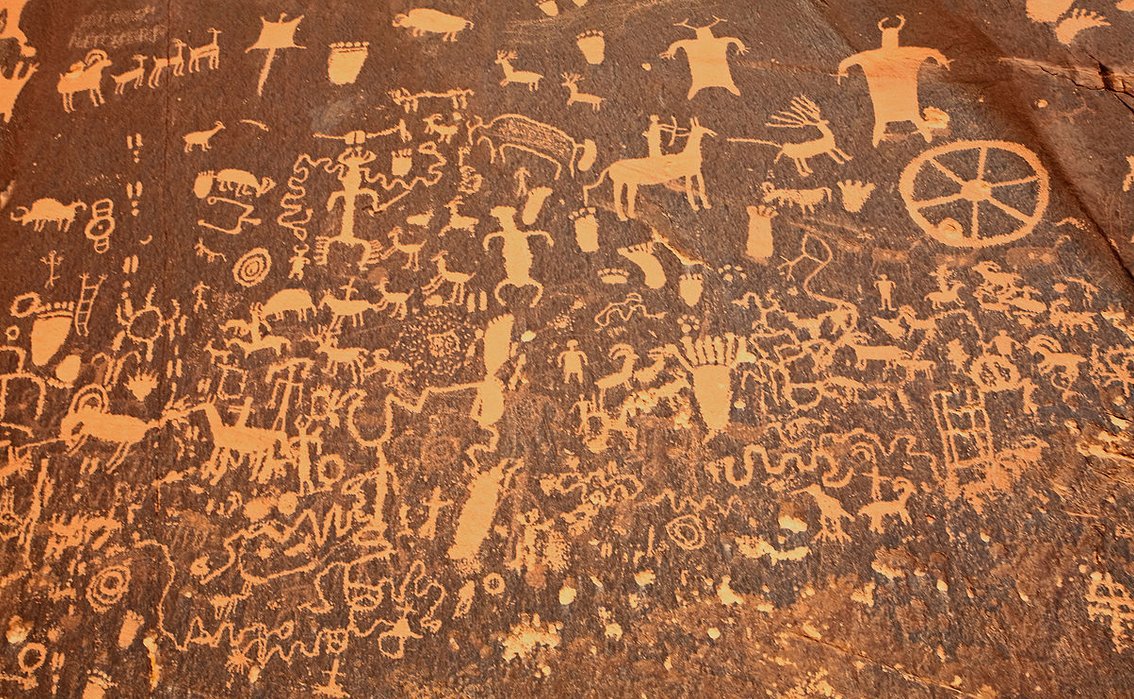 The Hopi Indians left their ancient stories written in stone in the form of petroglyphs in the Lyman Lake State Park, Arizona, and many other places. Ancient rock art images are etched into boulders; they are numerous signs and symbols were left by ancients passing the area.

Lyman Lake Petroglyphs Left By Ancestors Of The Hopi Indians

One story related to the Newspaper Rock mysterious petroglyphs, says that a few years ago up in northern Utah, there was a man who claimed to have deciphered a large number of rock carvings around the West. According to this man, rock art tell the story of an ancient, long-forgotten culture of prehistoric peoples whose lives loosely followed stories in the Book of Mormon. That man died under suspicious circumstances, however, and before he could fully tell his story.)

Even so, petroglyphs that in a way, remind us of a newspaper, provide an important historical source of information on events and experiences of ancient people in the valley.