AncientPages.com - Skeletal and crematory graves from the mid-1st millennium, and the remains of representatives of megafauna, living in the present Polish territory during the last Ice Age, have been discovered by archaeologists during the study of the Hanged Man Cave near Kostkowice in the Jastrzębnik Massif in the Kraków-Częstochowa Upland.

"The dead whose bones were found in the cave probably came from the northern coasts of the Black Sea, as evidenced by the characteristic composition of deposits located nearby" - explained Prof. Aleksander Bursche, coordinator of the NCN Maestro project "Migration Period in the Oder and Vistula basin", under which excavations are conducted. 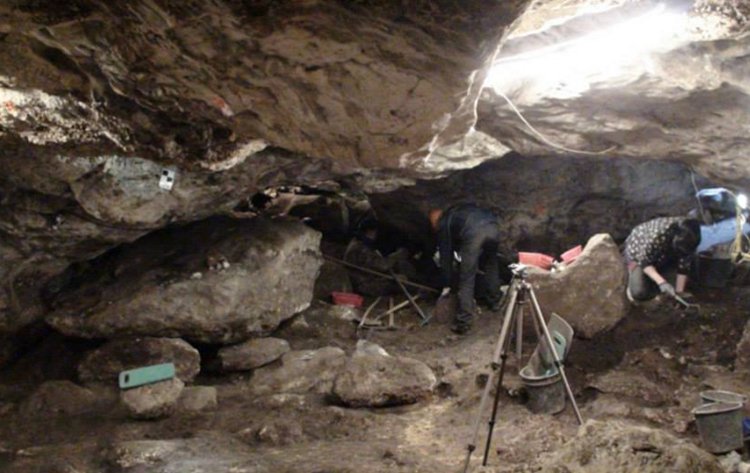 "They could include representatives of East Germanic people - Goths."

Inside the cave, archaeologists have found fragments of at least six skeletons from this period. In their vicinity they discovered pendants made of silver, gold and amber, Roman denarii and solidi, brown and silver clasps and beads of glass and amber, as well as numerous fragments of vessels turned on a wheel.

"So far we have not been able to explain the circumstances of the presence of people from so far away in the Upland. Useful for understanding the nature and duration of this presence will be the results of palaeobotanical analyses and samples taken from cultural layers" - said Prof. Bursche. 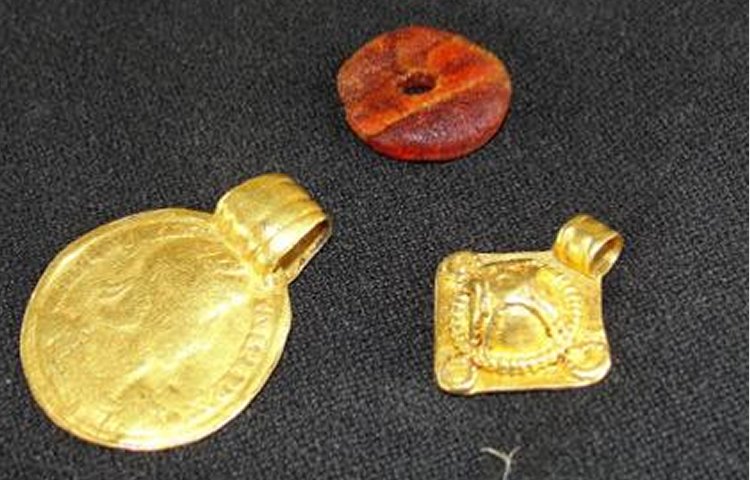 Amber pendant, gold pendant and a solidus with eyelet. Photo by M. Rudnicki

Puzzling for the researchers are three crematory burials discovered near the cave. They also date back to the mid-1st millennium.

According to the archaeologists, these are the first graves from this period discovered in the Jura. Bodies of the dead had been burned at the stake, from which only some burned bones and few pieces of charcoal were taken.

These remains were placed directly in shallow holes in the ground. In one instance, the equipment of the deceased consisted of a bronze clasp, metal belt, a comb made of bronze and pottery fragments. 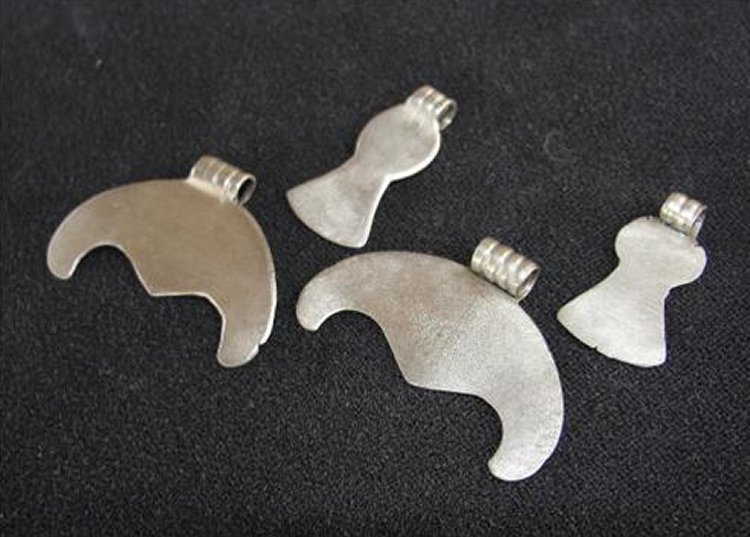 Silver pendants from the fourth century, originating from the Black Sea. Photo by M. Rudnicki

The other two burials contain only fragments of vessels.

The team led by Marcin Rudnicki from the Institute of Archaeology of the University of Warsaw, came across a collection of valuable relics, which probably come from the present-day Ukraine, at the time inhabited by the Gothic communities.

"It is quite a surprising discovery because ties between the Germanic population in the late fourth century to the areas west of the Upper Vistula River have not been considered until now. The nature of these contacts remains a mystery," Prof. Bursche said.

"In Poland there are only a few caves with such a rich Quaternary layer system. Finding traces of hominids in the future seems very likely."