Ellen Lloyd - AncientPages.com - More than 300 peculiar petroglyphs have been discovered scattered across the American Southwest. Known as water glyphs, most of them can be found in northern Arizona, southern Utah, and Nevada.

Who created these mysterious petroglyphs and for what purpose? There are some intriguing questions, but our knowledge of the water glyphs of North America still remains incomplete. 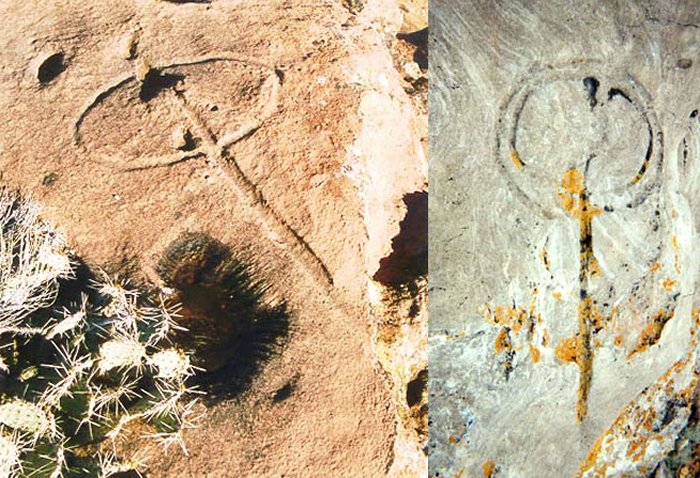 To begin with, the age of the water glyphs has not yet been properly determined. By using x-ray fluorescence scientists suggest that the glyphs are about 2,000-year-old. Still, it’s very possible the water glyphs could be even older than that.

Water Glyphs Are Universal In Shape And Yet Slightly Different

Who the creators of the waters glyphs were, is also a question no-one has been able to answer yet. It is possible these enigmatic petroglyphs were produced by Ancestral Puebloans, a prehistoric Native American civilization that occupied the present-day Four Corners region of the United States,  i.e. the boundaries where Arizona, New Mexico, Colorado, and Utah intersect.

The water glyphs were first discovered and documented by photographer Bob Ford in 1996. 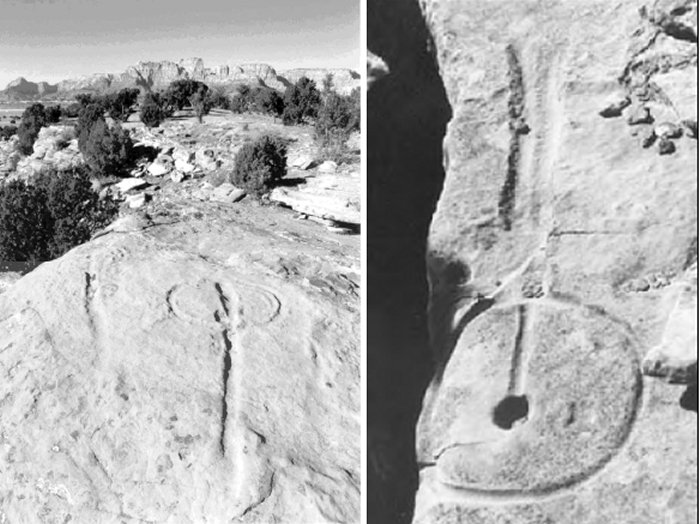 After this discovery, Bob Ford became very interested in these ancient markings and visited hundreds of Native American sites in order to learn more about the water glyphs.

The water glyphs vary slightly in size, but they always have the same shape, circle or ellipse bisected by a single straight line. They are usually 48 inches long by 24 inches wide, with grooves carved half an inch to an inch deep. Researched noticed that although the basic glyph was universal in shape, there were often modifications as to how the circle(s) were drawn. Ford and other scientists who examined the water glyphs think these variations were intended to convey meaning.

Deciphering The Meaning Of Water Glyphs

It has been suggested that the water glyphs were created by the Anasazi civilization as a method to show the direction to water sources. In a dry area where communities were far apart, there was a need to find water supplies and these petroglyphs could have been used as directional signs. Ford suggested the Anasazi designed the water glyphs to navigate through the Arizona desert. If this is the case, then the water glyphs could be used as a modern map to navigate across the desert. The water source was the greatest issue for the Anasazi and these navigation tools could help them to avoid long walks and save time. 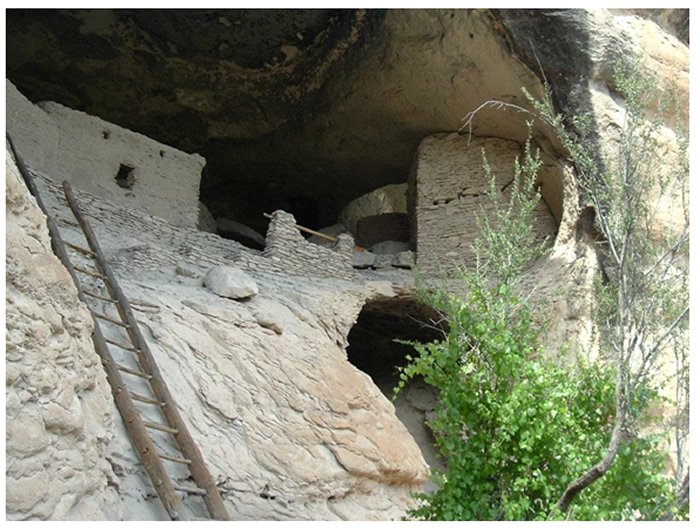 However, not everyone is convinced the water glyphs functioned as direction signs.

The Anasazi was a sophisticated civilization. They began as nomadic hunter-gatherers, perhaps as early as 1500 B.C. and in time, they built great cities among the sandstone cliffs. The Anasazi astronomers studied the stars and their engineers built great roadways, towers, and stone complexes.

The most common theory is that the glyphs of the American Southwest were used a solstice marker. The Anasazi watched the skies and may have created the glyphs as solstice markers, or maybe they were some sort of ancient calendar. 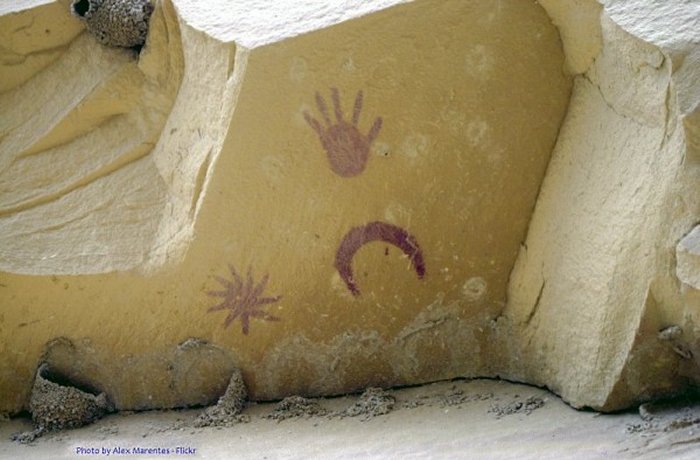 According to other theories, the glyphs were used to trap birds such as the eagle and the hawk so Indians could acquire the sacred feathers they needed for religious ceremonies. Yet another option is that the glyphs played an important role in sacrificial altars, burial customs or other important religious events practiced by the Anasazi.

Some think the glyphs could be writings left by the Spaniards. Perhaps the conquistadors needed directional markers so they didn't get lost in the desert.