Conny Waters - AncientPages.com - New archaeological research is conducted by the University of the Highlands and Islands at the Stone Age tomb, Maeshowe in Orkney. 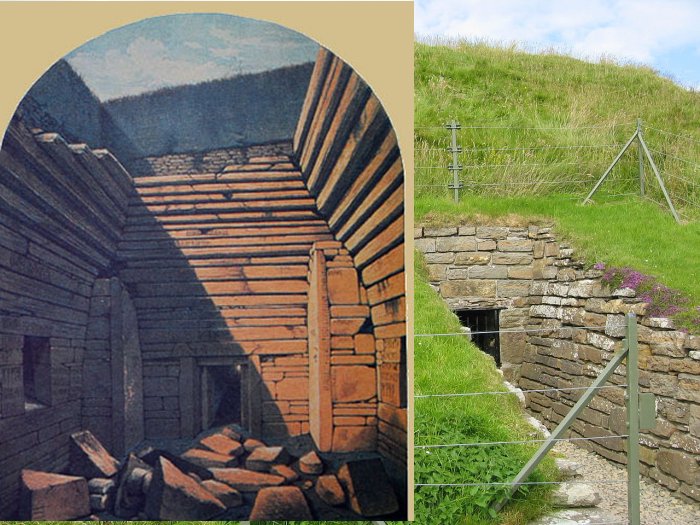 Maeshowe is a Neolithic chambered cairn and passage grave situated on Mainland Orkney, Scotland, and there, the team led by Jay van der Reijden, a Masters by Research student at the university's Archaeology Institute, found Maeshowe's side chambers that are stylistically upside-down from the main chamber.

It is possible the chambers were built as inverted netherworlds specifically for the dead to enter the afterlife.

"I'm delighted that my research, studying the order by which stones have been placed during construction, has been able to reveal novel results and that it is, therefore, able to make a real contribution to the field of Archaeology, Ms. van der Reijden said in a press release.

"Visualise the wall-stones are like wallpapers, and when you repeatedly hang them upside down in distinct locations patterns become discernible. The swaps include the reversal of multiple architectural features normally placed on the right-hand side being on the left only inside the side chambers. The interpretation is that the side chambers are built to be within the netherworld, by the main chamber walls acting as membranes, separating this life and the next, and that the internal walling material is conceived to physically represent the underworld.

Nick Card, excavation director of the Ness of Brodgar, said: "Despite being a focus of attention since its first modern-day entry over 150 years ago, the iconic Maeshowe continues to reveal its secrets through careful and considered study. This study offers new ways of approaching and understanding the construction and use of not only this monument but has wider implications for the study of Neolithic stone-built monuments and the society that constructed them".

The research published in the Archaeological Review.