A. Sutherland - AncientPages.com - Traditionally, Brahma is one of the central gods of Hindu mythology; however, in present-day Hinduism, he has a more obscure role. 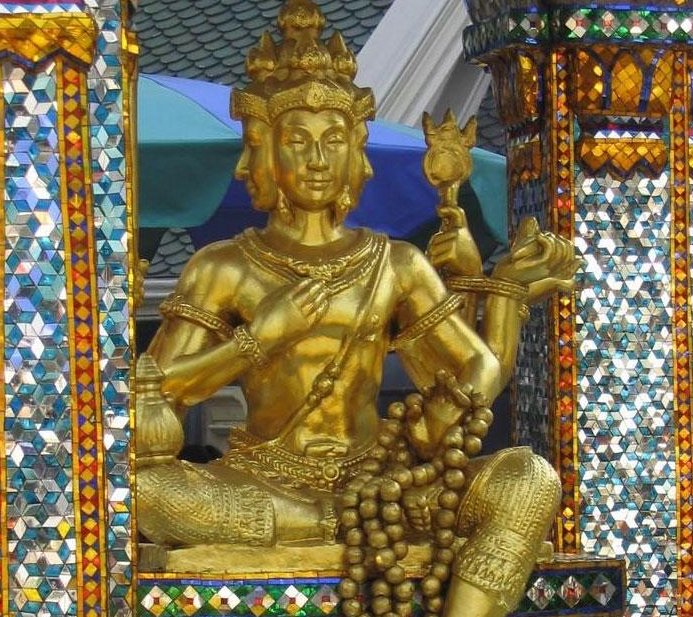 Brahma is a deity with four faces and four arms, sitting on a lotus flower, in a chariot (vahana), pulled by divine swans. Each face of Brahma points to a cardinal direction. He is usually depicted dressed in white, with a white beard, suggesting his sage-like experience. He possesses a vast capacity of wisdom; his four mouths are credited with creating the four Vedas and it is from him all knowledge comes, which has been given to human beings and gods.

Brahma is a part of the Hindu trinity – Trimurti, in which, he is together with Shiva, the destroyer, and Vishnu, the maintainer. Legend has it that before the First Night came, the world was demolished by a terrible, fiery cataclysm. Brahma had to recreate it. It was Brahma who gave the day of the beginning of everything (or the “First Day”) a chance to exist once again.

According to some Hindu myths, Brahma was born from a golden egg placed in the primeval waters or was made of a lotus flower growing out of the navel of the god Vishnu, (or was called to live by Shiva). 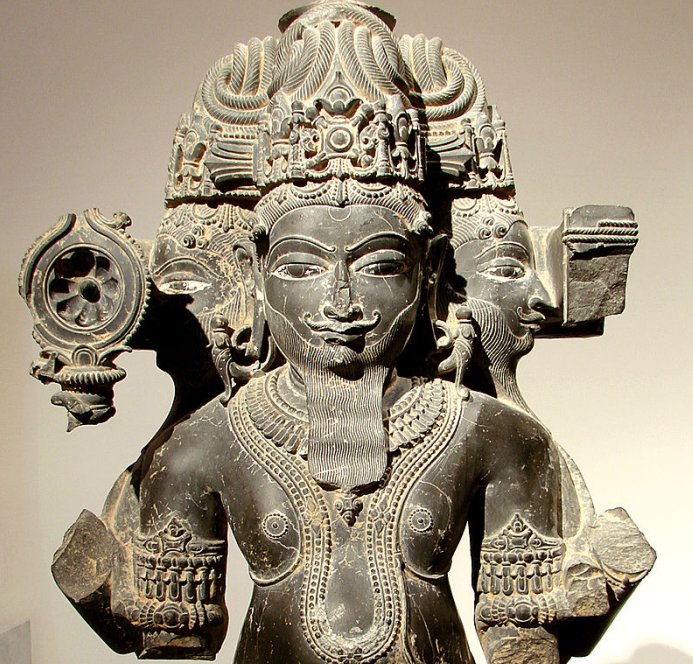 He is also mentioned as a supreme god who created all living things with his mind or body. He poured forth the waters and created the sky, fire, wind, and earth, which he filled the earth with rivers, oceans, mountains, and trees.

Then, it was time to create the cycle of day and night. Brahma created the minutes, hours, days, years, and ages, in order to organize the universe. It will continue to repeat itself 100 times before the great destruction of the world will come, and everything will return to the original cosmic egg, which is the beginning of everything.

Among Brahma’s other tasks was creating the gods from his shining face, and demons from the darkness of his body. That is why the demons are most powerful at night, while the shiny days belong to the gods. Yet another Brahma's task was to create humans with their feelings and passions. Afterward, animals emerged from other parts of his body while the roots and grasses appeared on the ground from Brahma’s hair.

One day, Brahma’s life will come to an end. The universe and all its creatures will perish beneath the vast milky ocean until it is time for Brahma’s next creation of everything.

Another interesting version says that in reality, the world emerged from the expiration of Brahma, who broke his dream for one day, but this day is definitely not the day as we know it. Brahma’s day is lasting two billion years on Earth. Then, Brahma will plunge again and the world will cease to exist.

Today, few people in India worship this creator god and part of the Trimurti. Instead, Shiva and Vishnu are widely venerated and have countless temples across the country.