AncientPages.com - Mausoleum at Halicarnassus is an ancient burial place of king Mausolus (377–353 BC), the eldest son of king Hecatomnus of Milas (Mylasa), a native Carian who became the governor of Caria province around 395 BC.

Halicarnassus was located in what is now, Bodrum on the Aegean Sea, in south-west Turkey. In 377 B.C., the city was the capitol of a small kingdom along the Mediterranean coast of Asia Minor. 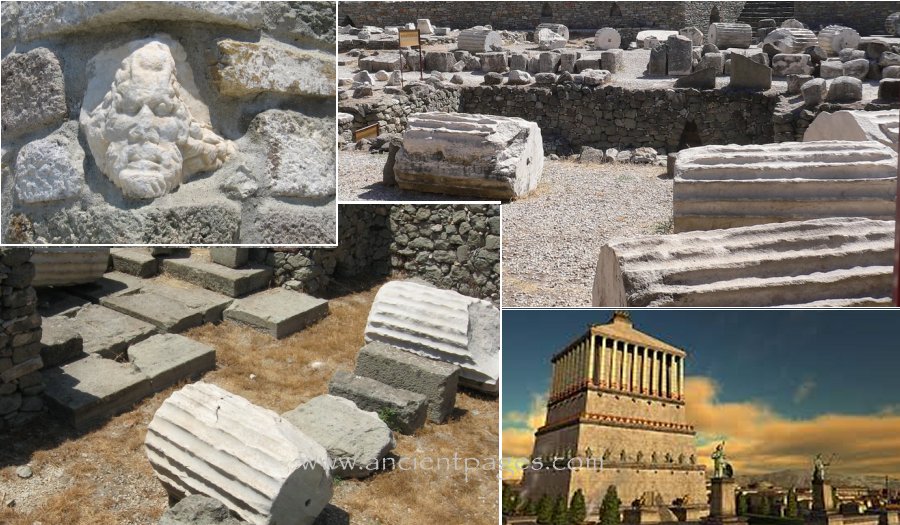 The tomb was erected on a hill overlooking the city and its construction began during the king’s lifetime. The whole structure sat in an enclosed courtyard

The tomb was built between 353 and 350 BC by Mausolus himself and his sister-wife Artemisia II of Caria. The structure was about 45 m (148 ft) in height, and its four sides were beautifully decorated with sculptural reliefs, each designed by one of four prominent Greek sculptors; Bryaxis, Leochares, Scopas of Paros and Timotheus.

When Hecatomnus died, the Persians had already controlled of several of the neighboring cities and districts. During his time of ruling, his son Mausolus extended its territory even further to the southwest coast of Anatolia. The territory was so vast that he decided to move his capital from Mylasa to Halicarnassus on the coast, from which, he and his queen/sister and wife Artemisia ruled over the surrounding territory for 24 years, from 377 to 353 BC.

Other districts of the empire were practically autonomous and ruled with the help of local rulers and governors. 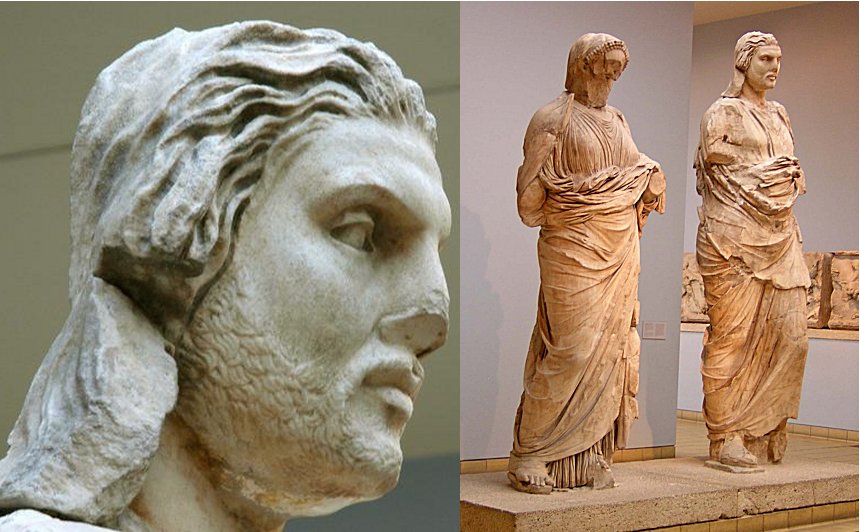 Are these statues depicting king Mausolus and his sister queen Artemisia?

Although descended from local people, Mausolus, was strongly influenced by the Greek way of life and government. He founded many cities of Greek design along the coast and encouraged Greek democratic traditions.

The mausoleum of Mausolus - unique and very beautiful – and one of the designers was Scopas of Paros, one of the most skilled artists of the time, who is credited for rebuilding of the Temple of Artemis at Ephesus. Hundreds of other craftsmen accompanied him at work.

The tomb was erected on a hill overlooking the city and its construction began during the king’s lifetime. The whole structure sat in an enclosed courtyard. At the center of the courtyard was a stone platform on which the tomb itself was placed. A staircase, lined by lions in stone, led to the top of this platform. Along the outer wall of this were many statues depicting gods and goddess. At each corner stone warriors, mounted on horseback, guarded the tomb. 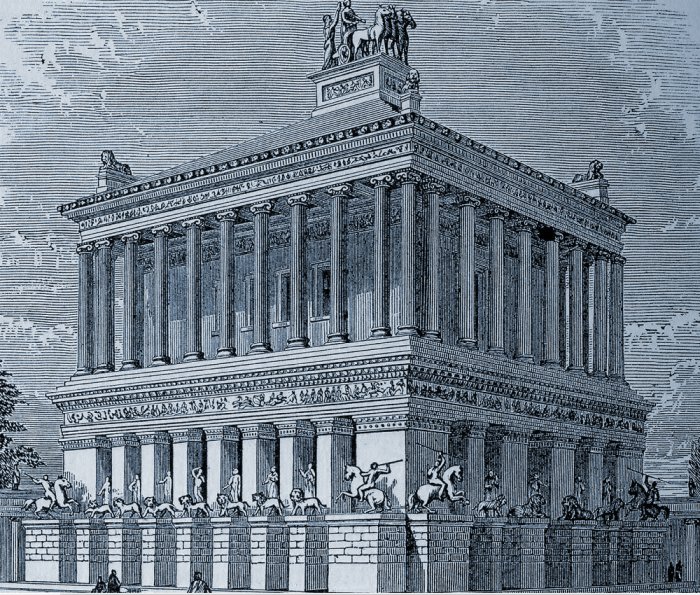 An artist view of The Mausoleum of Halicarnassus

At the center of the platform was the tomb itself. Made mostly of marble, the structure rose as a square, tapering block to about one-third of the Mausoleum's 140 foot height. The entire section was decorated with relief sculpture depicting mythological and historical scenes from Greek world. One part showed the battle of the Centaurs with the Lapiths. Another depicted Greeks in combat with the Amazons, a race of warrior women.

The Mausoleum was completed around 350 BC, three years after Maussollos death, and one year after Artemisia's. 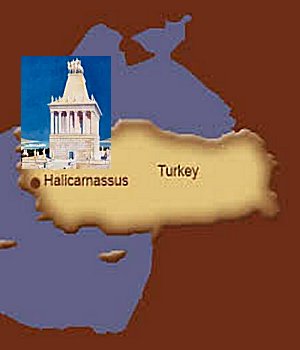 Some sources confirm that for 16 centuries, the Mausoleum remained in good condition until an earthquake caused some damage to the roof and colonnade.

In the early fifteenth century, the Knights of St John of Malta invaded the region and built a spectacular crusader castle.

When they decided to fortify it in 1494, they used the stones of the Mausoleum. By 1522, almost every block of the Mausoleum had been disassembled and used for construction this spectacular

The mausoleum of king Mausolus was very unique monument, first of all because the statues depicted of people and animals and were not dedicated to the gods of Ancient Greece.

Some of the sculptures survived and are today on display at the British Museum in London. These include fragment of statues and many slabs of the frieze showing the battle between the Greeks and the Amazons.

The mausoleum is one of the ancient seven wonders in the world.