Conny Waters - AncientPages.com - The Siberian Valley of the Kings, on the Southern Siberian Steppe of the Russian Federation, is a place of significance to archaeologists who made astounding findings in the region over the years.

In the Siberian valley which was once inhabited by an ancient and long-lost civilization, excavations revealed many giant kurgan tombs, often full of treasures of thought to belong to royalty. The Scythians buried their dead in kurgans, some resembling hills visible from afar. 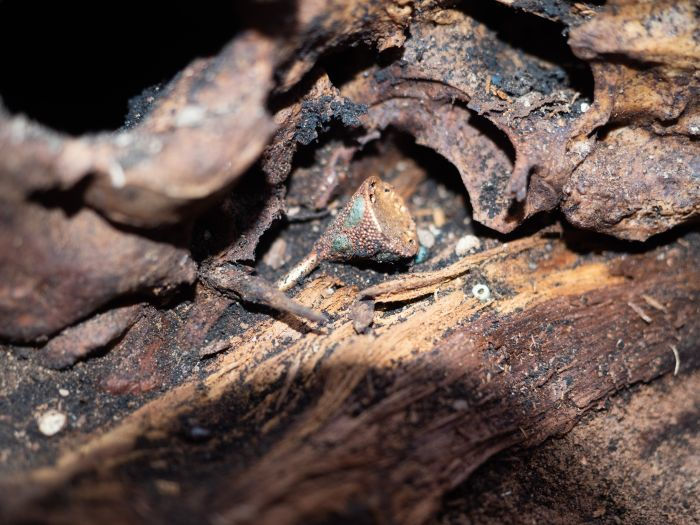 Findings such as the untouched grave of a 2,500-year-old of a Scythian warrior have fascinated the world, but there are many more ancient treasures awaiting discovery.

From about 700 to 300 BC one particular group of migratory peoples, identified as Scythians by the Greeks, suddenly appeared on the Eurasian steppes.

Some modern scholars suggest three theories to explain their sudden and mysterious appearance. Some believe they migrated there from the north, others from the east, or perhaps from the south. Archaeological discoveries help scientists to shed more light on this interesting ancient civilization.

While excavating in Chinge-Tey is located in the Touran-Uyuk valley in northern Tuva, which is the so-called Siberian Valley of The Kings archaeologists unearthed a skeleton of a woman equipped with a gold pectoral ornament and a bronze mirror inside a large barrow from approx. 2.5 thousand years ago.

“Last year, Polish archaeologists from the Jagiellonian University in Kraków discovered two intriguing graves. The first of them was in the central part of a destroyed, almost completely flattened barrow with a diameter of approx. 25 m. Almost invisible to the naked eye, It was detected by aerial laser scanning. 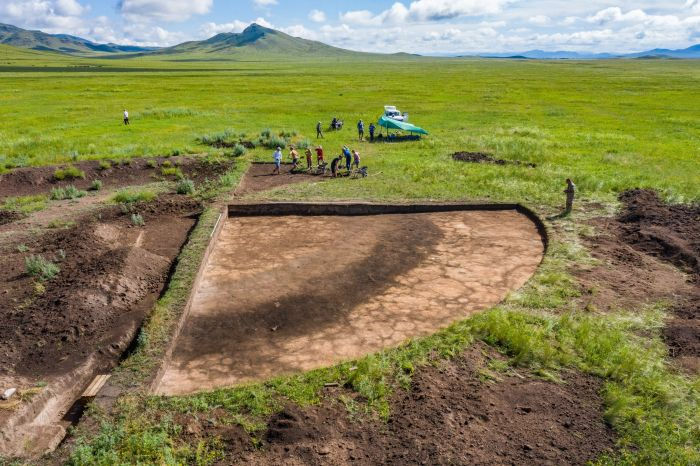 The wooden burial chamber, built in the framework of solid beams, contained the remains of two bodies. The chamber itself was covered with three layers of beams. The floor was covered with planks. According to the researchers, the deceased were a woman who died at the age of approx. 50 years old and a 2-3 years old child.

Next to the remains of the woman, the researchers found gold ornaments, an iron knife, a bronze mirror, and a very well preserved wooden comb decorated with engraved ornament, “ Science in Poland reports.

Dr. Łukasz Oleszczak from the Jagiellonian University in Kraków and the head of the Polish expedition explained the gold pectoral ornament, a decoration hung at the neck in the shape of a sickle or crescent is particularly interesting.

According to Dr. Oleszczak, such jewelry has previously only been discovered in male burials. This is the first time scientists unearthed a gold pectoral ornament in a female grave which indicates the deceased woman must have held a significant position in the society.

“'They were considered symbols of belonging to a social group, caste, perhaps warriors - in any case, men. Its presence it in the grave of a woman is a very interesting deviation from this custom. This certainly confirms the unique role of the deceased in the community of the ‘Siberian valley of the Kings', the archaeologist says. 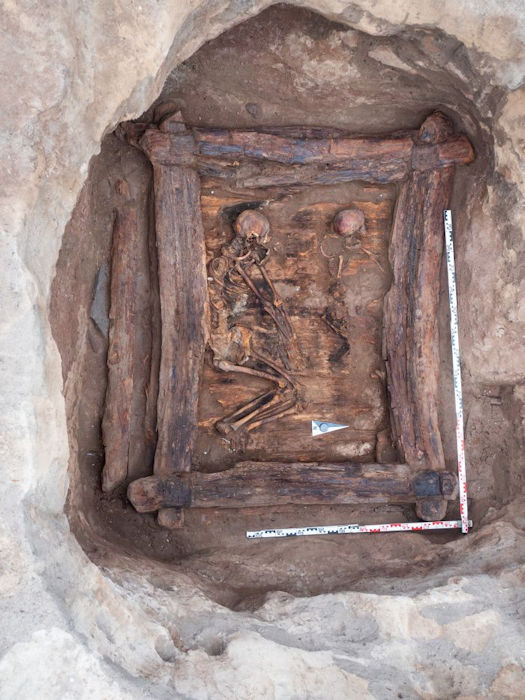 He points out that the woman was buried in the central part of the tomb located in the immediate vicinity of the great barrow that, according to the researchers, belongs to a nomad prince. 'It seems that, like the others buried in this barrow, she belonged to the prince's entourage', says Dr. Oleszczak.

As reported by Science in Poland, “He mentions the condition of the grave goods made from organic material. The researchers from Polish-Russian expedition had previously found arrow shafts, an ice axe handle, a piece of a quiver. The woman's grave contained a wooden comb connected with a leather loop to a mirror made of bronze. This set of cosmetic items was placed in the grave in a leather pouch.

The second grave discovered in the last season of excavation was located outside the ditch surrounding the barrow. It was the skeleton of a teenage child, placed in a small pit surrounded with stones. It did not contain any equipment.

'Graves of children on the perimeter or just outside the ditch surrounding the barrow are a typical part of the funeral rites of this early Scythian culture', adds Dr. Oleszczak.

The archaeologists also found evidence that a treasure of objects made of bronze was most likely deposited around the perimeter of the barrow at some point. Evidence of this is the discovery of tens of horse tack parts, a bronze ice axe, as well as an ornament in the form of a goat. They were located with a metal detector. According to Dr. Oleszczak, the treasure was scattered by deep ploughing in the 20th century, when a kolkhoz operated near the cemetery. 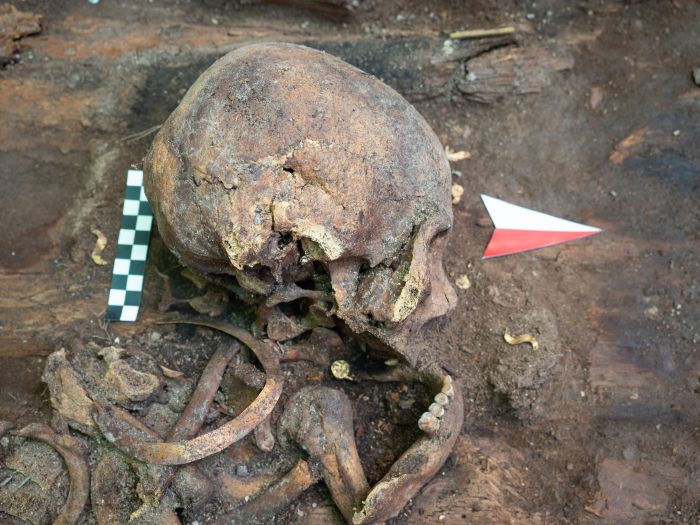 In 2021, Polish archaeologists continued their research within the barrow they started to excavate two years earlier. Back then, they found two burials - a central, robbed one, and an intact side grave that contained the body of a young warrior, richly equipped with weapons, a knife, a whetstone and gold ornaments. This is one of the 10 tombs located in a row on the north-south axis in the western part of the cemetery.

According to the researchers, the graves come from the 6th century BCE, when the peoples of Scythian origin lived in these areas. According to the experts, it was the Aldy-Bel culture. In the early Scythian period, the Touran-Uyuk valley was one of the most important ritual centers of the Scythian and Siberian world. It was from there, from the mountains of southern Siberia, that the people originated who dominated the steppes of Eastern Europe. The Scythians were known for being warlike. Their achievements have been described, among others, by the famous Greek historian Herodotus.”