Angela Sutherland - AncientPages.com - Not only Vikings had ‘Mad Warriors’ – berserkers. The berserkers among Viking warriors had more or less their counterparts in other regions of Europe and outside the continent and it was a long-lived, cultural phenomenon. 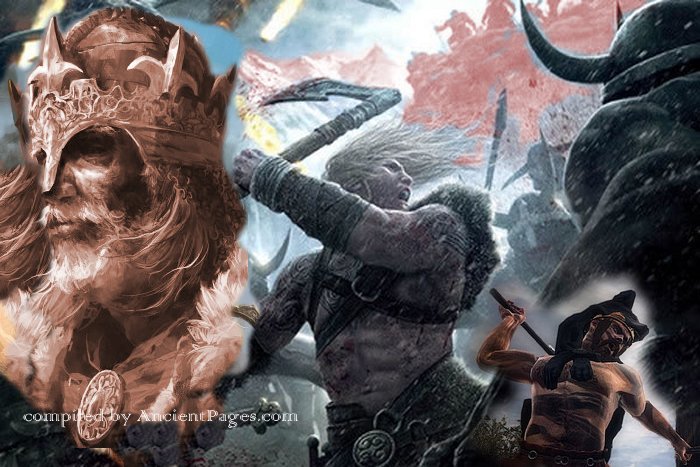 Early Greek and Roman warriors screeched like flocks of raucous birds - a mark of manhood.

With a song of thunder and wind, the young Marut warriors of the Rig Veda awakened Indra's prowess... Husky Thracian, Celtic, and Germanic war songs, like crashing waves, heartened warriors..." Michael P. Speidel describes the tradition in his study “Berserks: A History of Indo-European "Mad Warriors.

"Homeric warriors fought best in a powerful rage, and Gaulish warriors could not help falling into the grip of battle madness. Shouting and singing were ways to rouse such rage…”

There was a great berserk warrior tradition dating back to at least 3000 BC, and this tradition was described in Vedic, Homeric, and Icelandic sources. The tradition was known in India, Mesopotamia, and Europe.

Evidence of mad fighting dates back to 4,000-3,000 BC. It spread from India to Iceland and to certain parts of the Middle East. The word “mad attack” is related to Vedic, Iranian, and Germanic warriors.

Ancient Thracians danced on the battlefield, and so did naked Celtic warriors, wearing only golden neckbands and armrings. One of the most furious berserkers, who was completely mad in battle, was Cuchulainn, the Irish mythical hero. Also “ancient Italic tribes had in their ranks berserks or berserk-like warriors who fought naked, shouting, barefoot, flowing-haired, and often in single combat…” 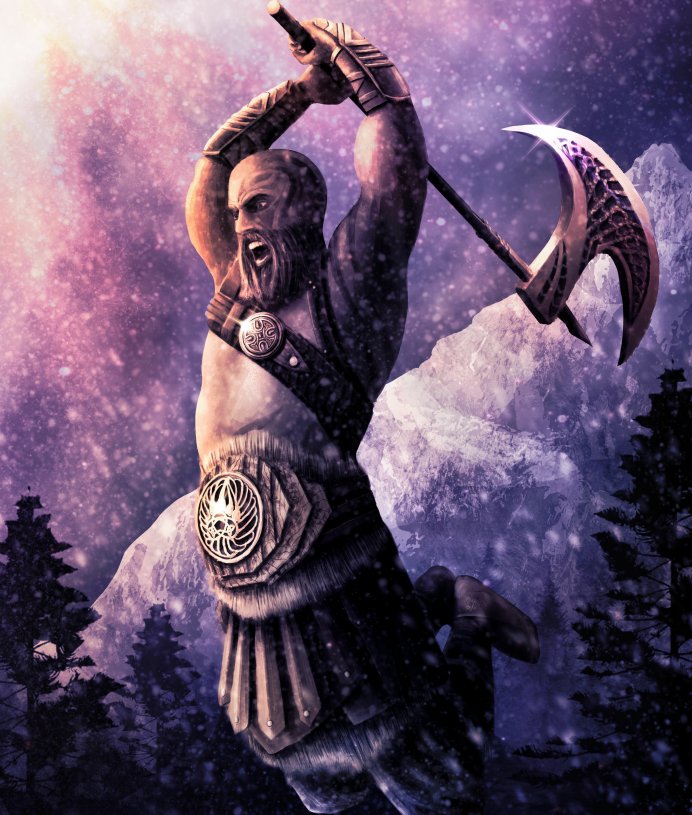 We know berserkers from the Ynglinga saga, written in Old Norse by the Icelandic poet and historian Snorri Sturlason about 1225. He describes berserks as ‘mad fighters’ without body armor:

“Woden’s [Odin’s] men went without hauberks and raged like dogs or wolves. They bit their shields and were strong like bears or bulls. They killed men, but neither fire nor iron hurt them…”

The old berserker-tradition is also known from the 12th-century beautiful chess set discovered on the Isle of Lewis in the Outer Hebrides. The set contains some chess figures depicting warriors that “bite” their shields before going to an attack, creating a sound that could represent a warrior’s tactical maneuver.

The Norse berserkers became associated with insane rage, unbelievable, and rather abnormal strength. They danced, howled, sang, and banged their helmets with their weapons, before a battle.

In fact, according to Speidel’s research, there is evidence that this phenomenon originates in India (“Malabar amoks of India who stopped neither by fire nor sword”) and from there it came to Iceland and further to the countries of the Middle East.

Speidel mentions an epic that originates from a time when Tukulti-Ninurta (1366 - 1050 BC), fought the Hittites, and in 1228 BC warred against the Babylonians. 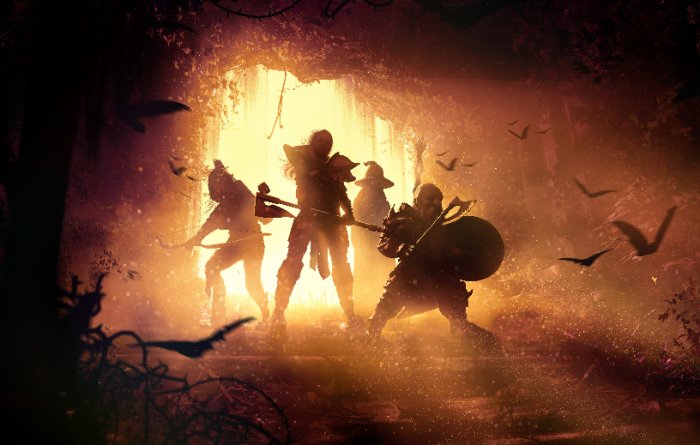 The soldiers’ extraordinary and strange behavior is described in the poem as follows:

“They are furious, raging, taking forms strange as Anzu. They charge forward furiously to the fray without armor, They had stripped off their breastplates, discarded their clothing, tied up their hair and polished… weapons, The fierce heroic men danced with sharpened weapons. They blasted at one another like struggling lions…”

From this text, we see that the warriors "took strange shapes," shed their armor, removed their garments, tied up their hair, war-danced with weapons in hand, glowered fiercely, roared, and charged wildly into a raging whirlwind battle.

Did the Assyrians adopt the berserk style of fighting from the Iranians, who also appeared long-haired, naked and fought like wild warriors? If so, we can call them “true berserkers” because they were both naked and mad at the same time.

Now we move from Mesopotamia and travel to Europe, where in medieval times, Germanic and Celtic warriors who fought in a similar way; frightened their enemies by flashing their eyes, by roaring, snarling, and tying up their long hair, even shape-shifted before going into battle.

Roman Empire was in need of berserker warriors and hired them among northern mercenaries. Sources confirm that “some of the most famous Vikings from across Scandinavia would spend some time in foreign armies serving as berserkers.

One of them was Harald III Sigurdsson (1015-1066) Hardrada, with his Viking army of warriors were employed as protectors of the emperor and  Harald became a military commander in Kievan Rus’ and of the Varangian Guard in the Byzantine Empire.

No doubt the berserkers did exist, however, their effectiveness in battles can certainly be questioned if compared with organized troops of warriors.

As Randall Collins says, “the significant battles were won not by them but my relatively more organized troops that engaged in state-building conquests…”