AncientPages.com - Bandelier National Monument is an archaeological area (50 square miles (130 km2) of the Pajarito Plateau, in the Jemez Mountains and 20 miles west of Santa Fe, in north-central New Mexico, U.S.

“Spiritually, our ancestors still live here at Bandelier. You see reminders of their presence here- the homes, the kivas, and their petroglyphs. As you walk in their footstep, value the earth beneath you and show everything the same respect we do when we re-visit this sacred place," according to Pueblo people. 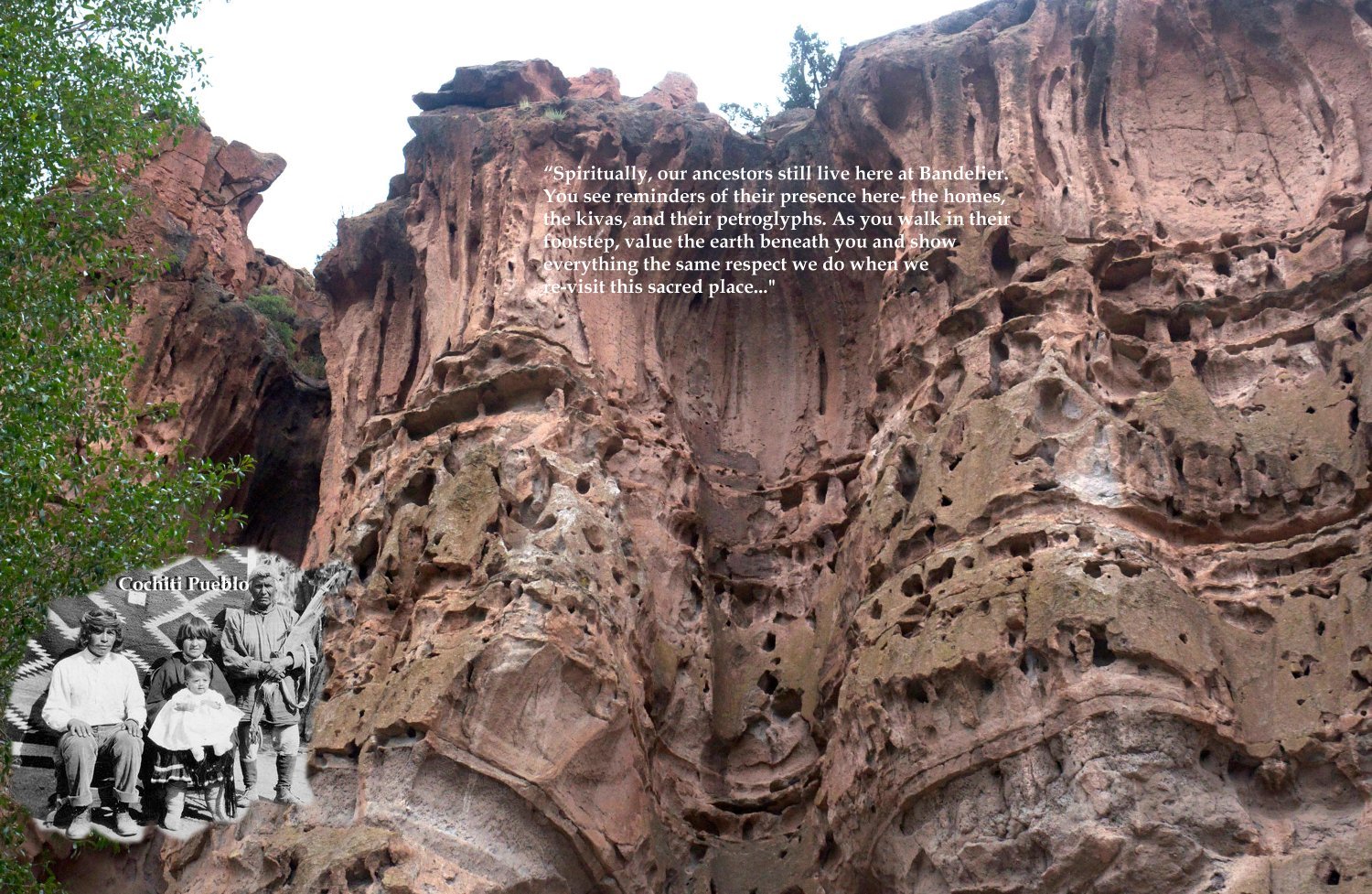 At Bandelier in New Mexico, there are relics of Native American activity that date back 11,000 years.

The most recognizable signs, however, are the remains of ancestral Pueblo settlements scattered throughout the park and its surrounding area. 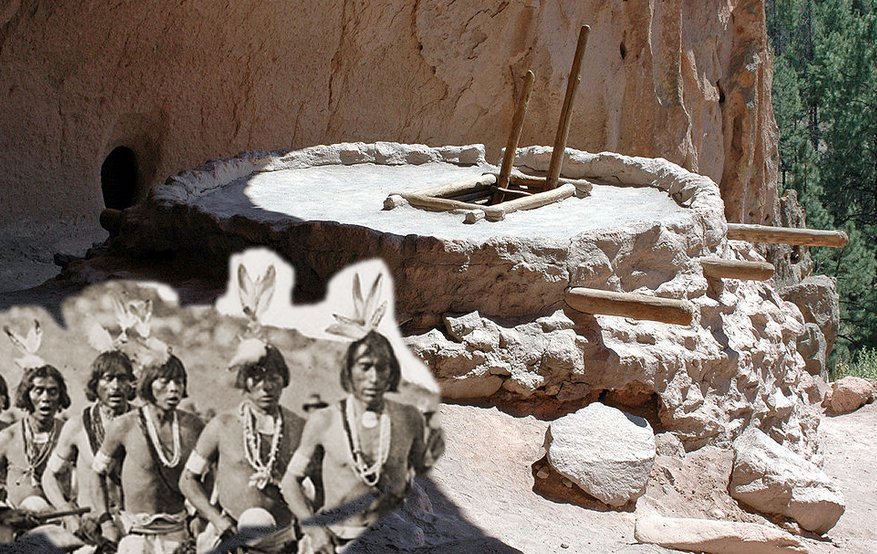 From 1100-1550 AD, Bandelier was occupied by the Ancestral Pueblo people who began to build more permanent settlements within Bandelier’s area of 32,000 acres.

The ancestral Pueblo people first arrived in the Pajarito Plateau (home of present day Bandelier) and settled in the canyons and mesas.

They built ‘cavates’, cave dwellings carved directly into the cliffs, which are still found in canyons across the plateau; the cavates housed families for hundreds of years.

One of the largest and best preserved settlements is called Tyuonyi, which lies in Frijoles Canyon.  It was once a circular pueblo house that probably stood three stories tall and contained more than 400 rooms. 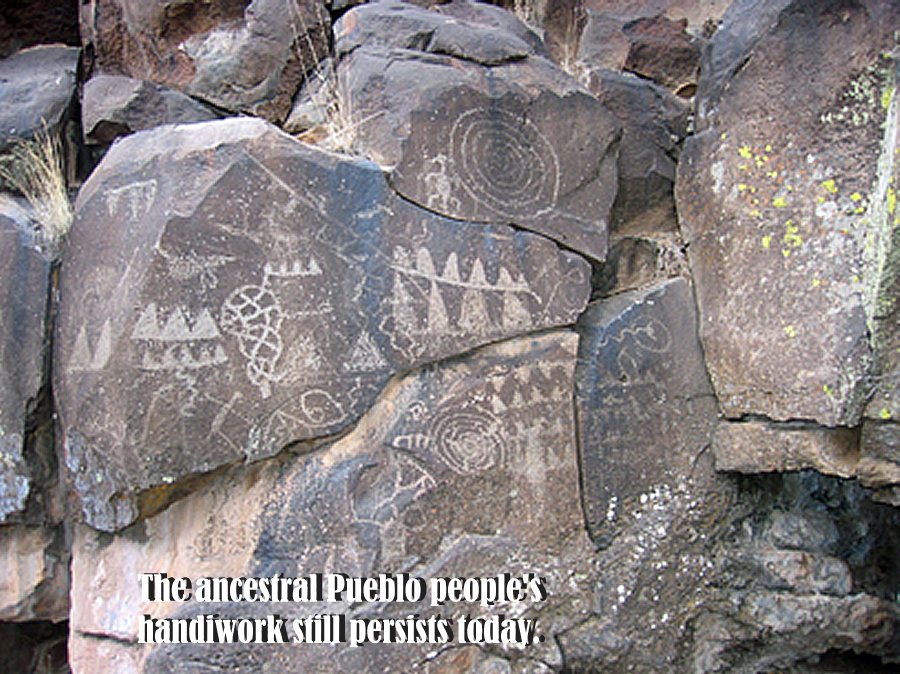 Except for the prehistoric ruins of dwellings, open pueblos of pre-Columbian Indians, there are the Pajarito Plateau’s fascinating petroglyphs and pictographs carved into the cliffs and standing masonry walls.

There was no written language among the Puebloan people. Therefore, we can only speculate about what the people were trying to say through their rock art. Some of the meanings of the figures are known among modern day Indians and are of great importance to them. 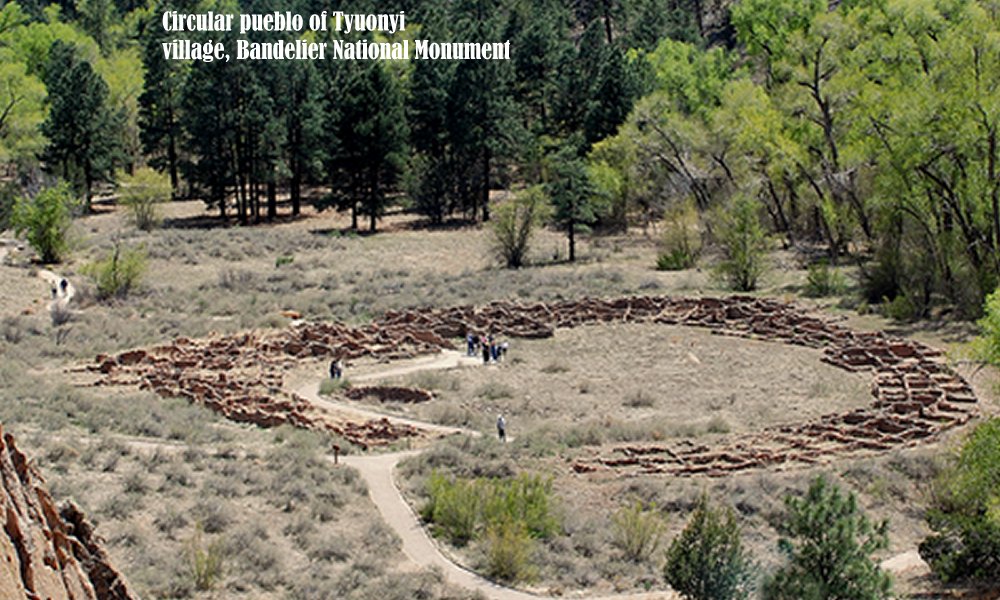 Among the petroglyphs are figures of people, animals, birds, lightning and other various shapes. These drawings probably have deep cultural and religious significance for the societies that created them.

However, the true meaning of these images should not be shared, according to Native people beliefs.

The petroglyphs in Tsankawi section of the park, were carved by ancient Puebloans, the ancestors of modern-day Native American pueblos of northern New Mexico and they have an important meaning.

They pay tribute to the early days of a culture long gone that still survives in the surrounding communities located among mountains rising to 10,200 feet.

Bandelier National Monument is named for the Swiss American archaeologist, ethnologist, and traveler, Adolph F. A. Bandelier. This great researcher conducted research in the Southwest for about a decade, and lived among the Pueblo Indians in Frijoles Canyon (‘Rito de los Frijoles’).

Much of what we know today about the life of these Indians is based on Bandelier’s research.

Bandelier died in Spain but his ashes were spread in the canyon in 1980.