AncientPages.com - A small piece of the skull of the 8200-year-old “Viste Boy” has been sent to a Swedish laboratory for DNA analysis. Scientists hope to learn more about early migration into Norway as well as clarify the skeleton's actual sex.

The "Viste Boy" lived 8200 years ago and died at the young age of 15. His remains were discovered among other human bones during excavations at Sømmevågen near Stavanger’s Sola Airport, in southwestern Norway. 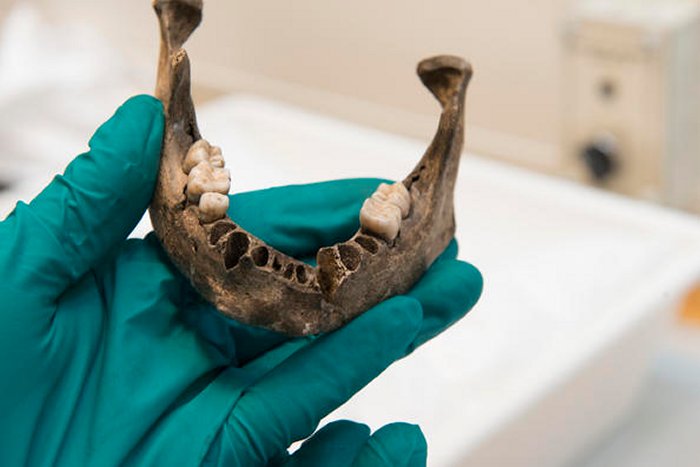 Osteoarchaeologist Sean D. Denham from the Museum of Archaeology recently had a closer look at the Viste Boy’s skull and jawbone, and it is this which led him question the sex of the skeleton. He believes it may have some feminine features, but does not dare to draw any conclusions just yet. Credits: University of Stavanger

The remains of several other human bones were also found in the cave at Viste, outside Stavanger, where "Viste Boy" was discovered. These belonged to an adult human, who lived 2000 years later than "Viste Boy".

Even though the remains are referred to as the "Viste Boy", it is not certain that this is a male skeleton. The DNA analysis on "Viste Boy" may help to determine whether the skeleton is that of a boy or a girl. 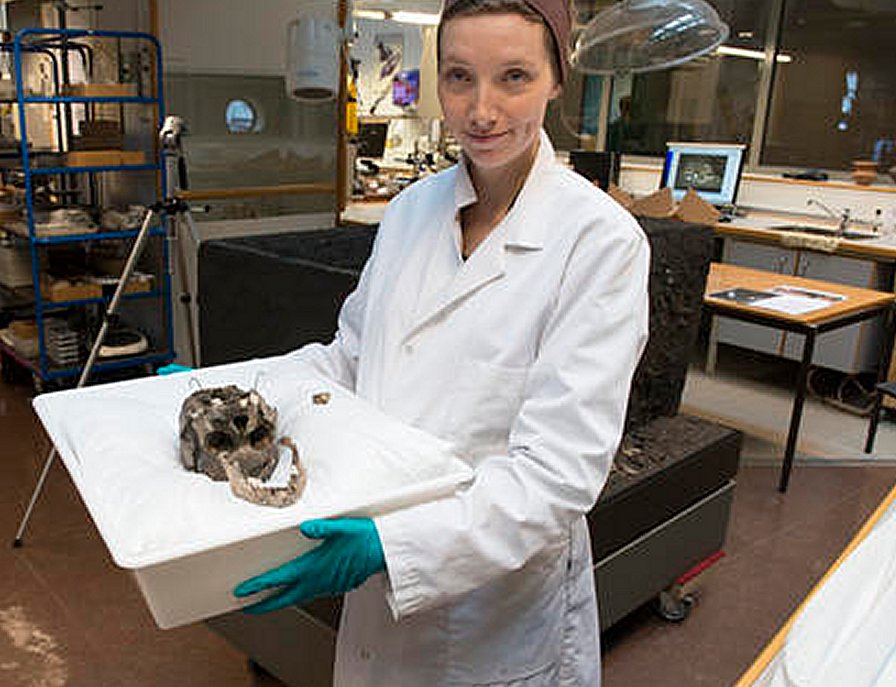 Conservator Hege Hollund at the Museum of Archaeology, UiS, carefully moves the 8200 year old skull of the Viste boy. Credits: University of Stavanger

"It’s very exciting to have two Stone Age skeletons from areas that are as close to each other as Viste and Sømmevågen, but where there is approximately a 2000-year age difference", says osteoarchaeologist Sean D. Denham from the Museum of Archaeology, in a press announcement. 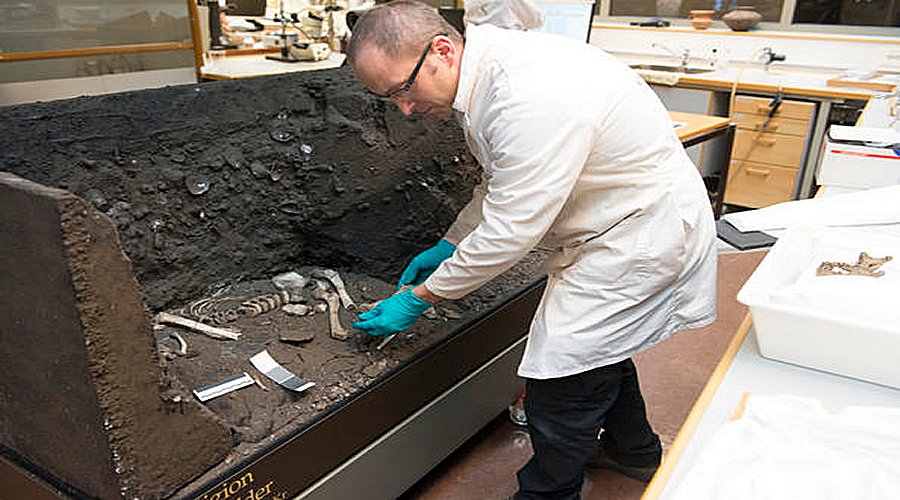 The remains of several other human bones were found in the cave at Viste where Viste Boy was discovered. These belonged to an adult human. Credits: University of Stavanger

Recent research has shown that the portion of the temporal bone of the Viste Boy's skull - sent for analysis - is the ideal bone material for recovering ancient DNA. The fragment was easy to remove from the skull. The DNA lab will return the majority of the fragment to the museum undamaged.

Also X-rays will help to  document the different parts of the skeleton.

In anticipation of a possible sex clarification by the Swedish laboratory, scientists have now started calling the Viste Boy ‘the Viste Individual’ instead.

DNA analysis may show if there was any direct kinship between the people who were found in the cave.