AncientPages.com - Researchers report they have discovered the first giant dinosaur that inhabited the planet more than 200 million years ago. It exceeds three times the size of the largest Triassic dinosaurs known to date. The find was made at the Balde de Leyes deposit, southeast of the province of San Juan, Argentina.

It is well-known that several dinosaur species were very large, but these animals were not always giants. As Agencia CTyS-UNLaM  reports, “the evolutionary history took millions of years for some species to double the weight of a current elephant and reach between eight and ten meters in length, but that time was much less than was believed: hence the great importance of the finding of Ingentia prima, which would have had a body mass of up to ten tons.

Dr. Cecilia Apaldetti, researcher at the Institute and Museum of Natural Sciences of the University of San Juan (IMCN) and CONICET, told the Agencia CTyS-UNLaM that "this new species shows a strategy of growth unknown until now and indicates that the origin of gigantism came much earlier than previously thought". 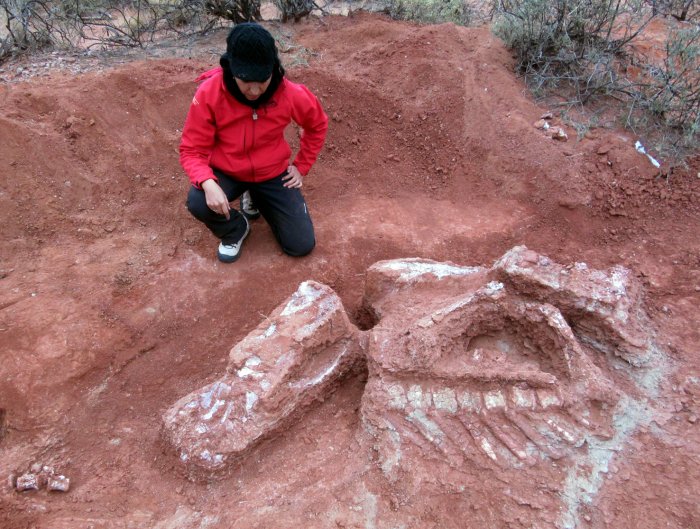 "Before this discovery, gigantism was considered to have emerged during the Jurassic period, approximately 180 million years ago, but Ingentia prima lived at the end of the Triassic, between 210 and 205 million years ago”, specified the study's principal author which was published today in the prestigious journal Nature Ecology & Evolution.

According to paleontologist Ricardo Martinez, co-author of the publication and also researcher at IMCN, “the name of this new species, 'Ingentia', refers to its colossal size, while 'prima' indicates that it is the first known giant to today on the Planet".

"Giant, above all, for his moment in evolution", remarked Apaldetti. He added: "We see in Ingentia prima the origin of gigantism, the first steps so that, more than 100 million years later, sauropods of up to 70 tons could come into existence like those that lived in Patagonia".

Analysis of bone tissue reveals the discovered dinosaur was growing very rapidly and Ingentia prima was the first dinosaur to reach gigantism. The speed of bone tissue accumulation was not only superior to the species of its epoch, but also greater than that of the largest giants that inhabited Patagonia.

Dr. Diego Pol of the Egidio Feruglio Museum (MEF) and of CONICET, who was one of the authors of the study that presented the largest dinosaur of which one has knowledge -Patagotitan-, also participated in the analysis of Ingentia prima to determine its relations of kinship with other previously known species. 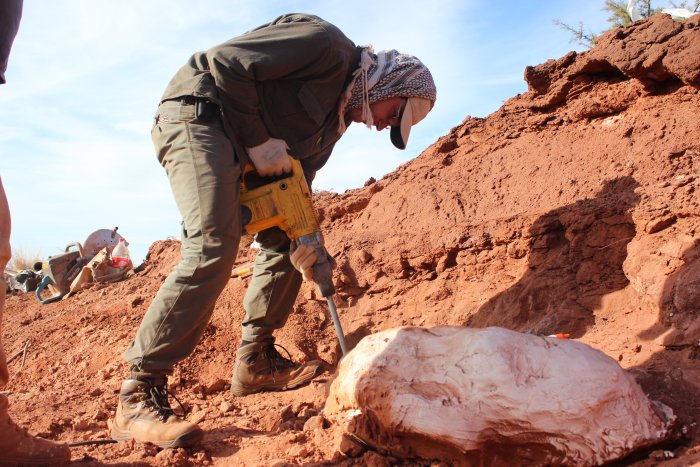 "What we demonstrate is the existence of a family that had not been recognized, of which Ingentia prima is a part, a species of South Africa and another of South America, which is further evidence of the close connection that existed between both continents at that time when everyone made up a supercontinent called Pangea", Dr. Pol told to the Agencia CTyS-UNLaM.

This discover also confirms that Argentina was once home to many different giant animals. As Ancient Pages previously reported, not long ago skull and jaw of giant bear of the Late Pleistocene were found in Buenos Aires.