Archaeologists have discovered headless remains in several large burial mounds in Semeytau, East Kazakhstan Oblast. The remains belong to ancient Huns and Sarmatians, Tengrinews reports citing Liter.
The excavations began in early August and were made by an archaeological group from Semey that is part of East Kazakhstan archaeological expedition. The work was led by Aidar Aitkali and lasted for two weeks, during which the group dug up and examined three largest and most interesting burial mounds in the big burial complex located in the area, reports Tengri News. 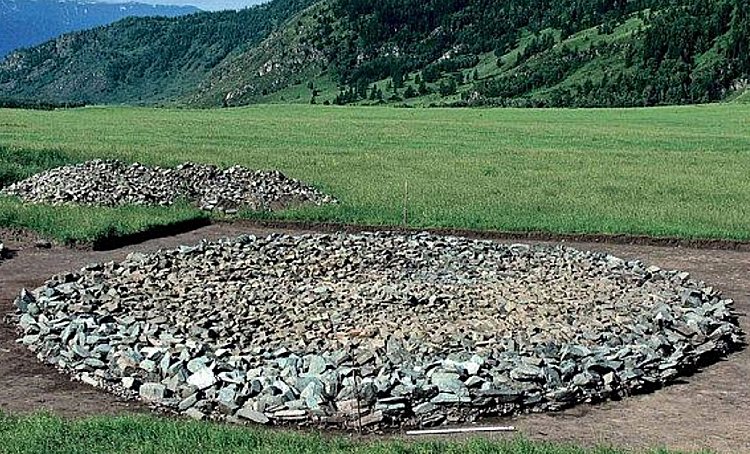 The mounds were arranged in a line, some of them had a circular fence composed of closely stacked stones. Experts believe it was meant to drive away evil spirits. A peculiar feature of these mounds is that they were built with so-called "whiskers". Those consisted of two stone ridges laid out in the form of arcs stretching from the mound. The biggest burial mound they excavated had whiskers of about 15-20 meters long ending in small round stone mounds.

“Burial mounds with whiskers have their own distinctive features. Each of them has a clear cardinal orientation, and the “whiskers” are always directed to the east,” Pavel Zhukov, a local historian, said. 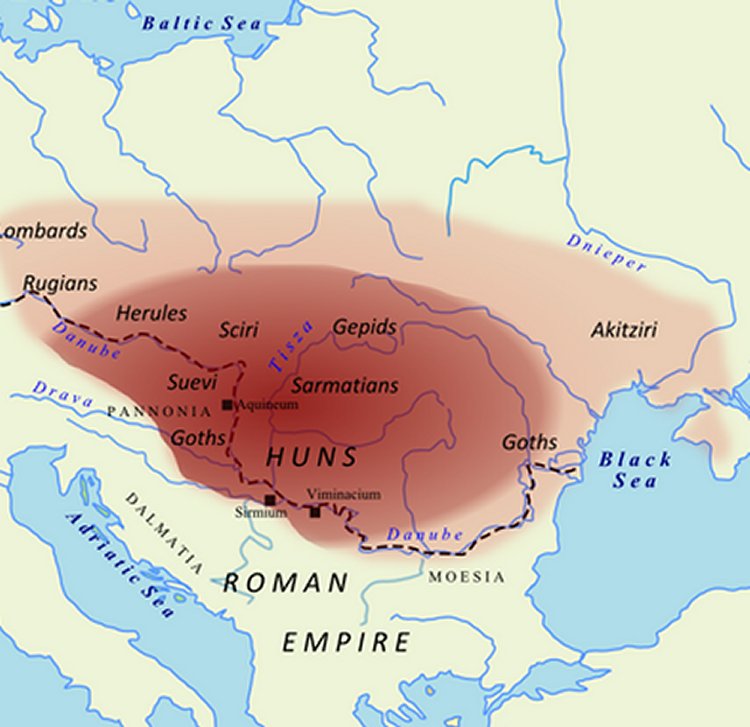 "Hun-Sarmatian mounds are somewhat different from the Scythian or Saka ones. What is interesting in this mound is that the burial chamber was lined with very large stone slabs brought here from the nearby Semeytau mountains. The only find in the mound is a bead. Maybe a woman was buried here. But there is also an opinion that this was a male warrior, because many of the ancient nomads had a custom of wearing a small necklace of beads around the neck," a local historian Hadzhi-Murat Iliuf said about the biggest mound.

According to the researchers, the most curious fact about the site was that none of the skeletons from the burial grounds had skulls.

Perhaps, a more detailed and thorough examination of the burial mounds would shed some light on the reasons behind this strange arrangement of the remains. One possible way is to compare this find with a similar one made in the late 1990s in Tarbagatay district of East Kazakhstan Oblast. Excavations of five large mounds there also revealed skeletons of people without heads.

All of the remains belonged to men rising to 1.8 to 2 meters, apparently noble warriors, perhaps kings or chiefs of the tribe. Those mounds dated back to I century BC - I century AD, that is, the early Iron Age. It is probably no coincidence that Semeytau mounds belong to the same epoch.

There are several theories explaining this. According to one version, the skulls were stolen by robbers who believed that this would prevent to spirits of the dead from avenging them for looting their graves. According to another version, there was a custom among nomadic tribes of the Early Iron Age similar to the traditions of Papuans of the southern lands, who believed that fertility of village women directly depended on the number of heads and skulls collected, so more heads meant more offsprings.

Right: The Sarmatians -a large confederation of Iranian people during classical antiquity, flourishing from about the 5th century BC to the 4th century AD. Left: The Huns - a nomadic group of people who are known to have lived in Eastern Europe, the Caucasus, and Central Asia between the 1st century AD and the 7th century.

Aydin Zhuniskhanov, MA Archaeology and Ethnology, relies on Herodotus' Histories in explaining the lacking heads. The famous Greek wrote that the warlike tribe of Issedonians had strange customs. For them, it was acceptable to turn skulls of a ruler or a leader into objects of worship. 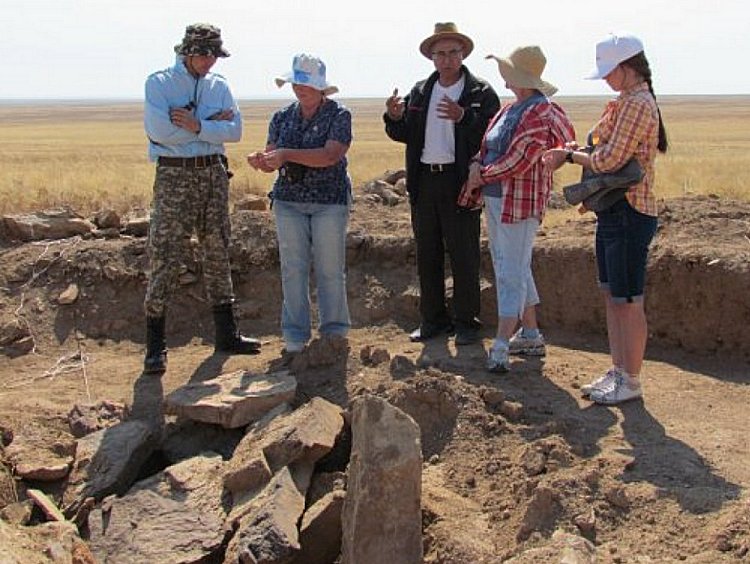 The Semay-based archaeologists excavated the three largest out of a series of burial mounds located in the area, set apart from the rest as they bear the so-called “whiskers”, constructions consisted of two stone ridges laid out in the form of arcs stretching from each mound.

According to another version, Issedonians could have had manners and customs similar to the rituals of the peoples of the island of Sumatra in Southeast Asia, where a groom was expected to present his bride with a wedding gift in the form of a human head.

A more mundane but more realistic explanation was given by Professor Amantay Issin. Tarbagatai foothills have always been a tasty morsel for neighboring nations and tribes. As a rule, chiefs and kings of a tribe led military campaigns. It is reasonable to assume that their heads were the spoils of war to their enemies. Everyone knows that as proof of victory the nomads beheaded a king of the opposing party and displayed the head.

In addition, the heads could disappear from the burial grounds as a result of multiple lootings done in search for ancient treasures and for the needs of emerging science. During the reign of Catherine the Great there were anthropological rooms, that bought human skulls for their needs.

Those trophies were a training tool for the anthropologists taking their first steps in the study of the structure of ancient human remains.