Ellen Lloyd - AncientPages.com - In several of our previous articles we have discussed a theory suggesting that there is a vast, unknown ancient underground world hidden beneath our feet. We have examined ancient sacred texts, curious archaeological discoveries and stories told by explorers. 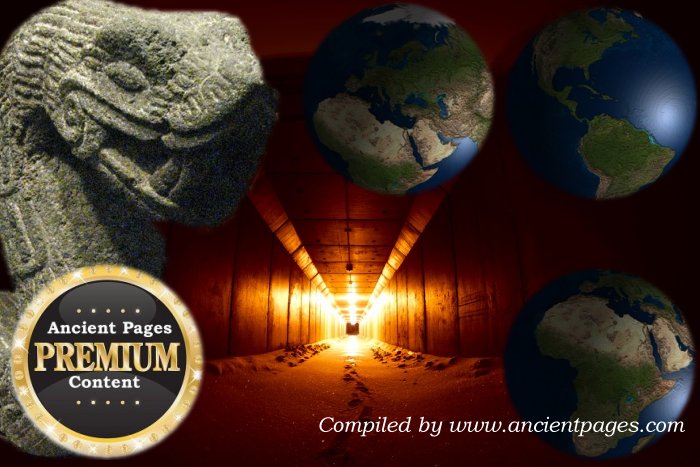 Much of the evidence we have studied speak in favor of the hidden, ancient subterranean theory. That there are worldwide many ancient, artificial underground tunnels is a fact few will question. Many ancient civilizations constructed marvelous subterranean kingdoms such as the highly sophisticated underground city of Derinkuyu, and the impressive Kaymakli underground city, just to mention a few. Our ancestors knew that living underground had many advantages. Subterranean realms offered protection from cosmic danger, climate changes, attacking enemies, persecution and other life-threatening scenarios .

Some years ago, an archaeologist said he had found evidence of a 12,000-year-old massive underground network that stretches all the way from Scotland to the Mediterranean.

Is it possible this underground network is much more widespread than previously thought?

In this article we continue our investigation of the lost, ancient underground world. This time we will take a closer look at a thought-provoking theory stating that completely unknown ancient tunnels link two or possible three continents. It has been proposed by several researchers that these prehistoric tunnels were built by survivors of a great ancient catastrophe.

There are also reasons to consider a certain snake God visited foreign lands through some of these tunnels. What evidence is there to support such claims?