Angela Sutherland - AncientPages.com - Unlike mythologies from other ancient cultures, there are not many terrible creatures in Egyptian mythology. The only most frightening monster was a gigantic and evil snake, Apophis (in Greek), while in Egypt known as Apep. 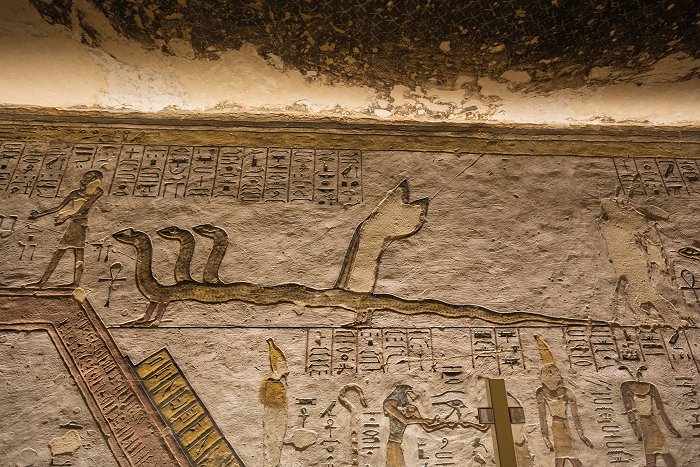 The snake represented a source of chaos and darkness, and as such, he was frequently portrayed as the enemy of Ra on tomb walls and in funerary papyri.

As the one who was always in battle with the god Ra, Apophis is also mentioned in ancient tales, particularly widespread during the New Kingdom (c. 1550 BC – c. 1077 BC).

Ancient storytellers narrated that the snake was lurking below the horizon every day, waiting for Ra in some different locations. One of them was a western mountain called Bakhu.

In his book "Ancient Egypt, the Light of the World", Gerald Massey writes that "Mount Bakhu having been named in Egyptian from the olive-tree of dawn as a celestial summit located in Olivet [Biblical: Mount of Olives], the mountain eastward; and in the Gospels, although the mount is mentioned several times, and apparently in different localities, there is but one name given to it, that of Mount Olivet=Bakhu, one typical mount – the Egyptian mount, equivalent to the horizon, as the summit of the earth."

Among Apophis's other hiding places was the so-called "Tenth Region of the Night," from which he wanted to attack Ra just before dawn when the sun god was on his way to begin his daily journey across the sky. Apophis's different hiding places gave him the name "World-Encircler."

Prayers, Spells And Good Will Supported Ra's Fight With Apophis

According to tradition, Ra's victory each night over Apophis was supported by prayers of the priests and worshipers, who felt obligated to help Ra successfully leave the underworld and appear as usual each morning to bring light and life to the Egyptians. Additionally, the Egyptians practiced several proper spells and rituals that were believed to ward off the evil snake and help Ra continue his crucial journey across the sky. 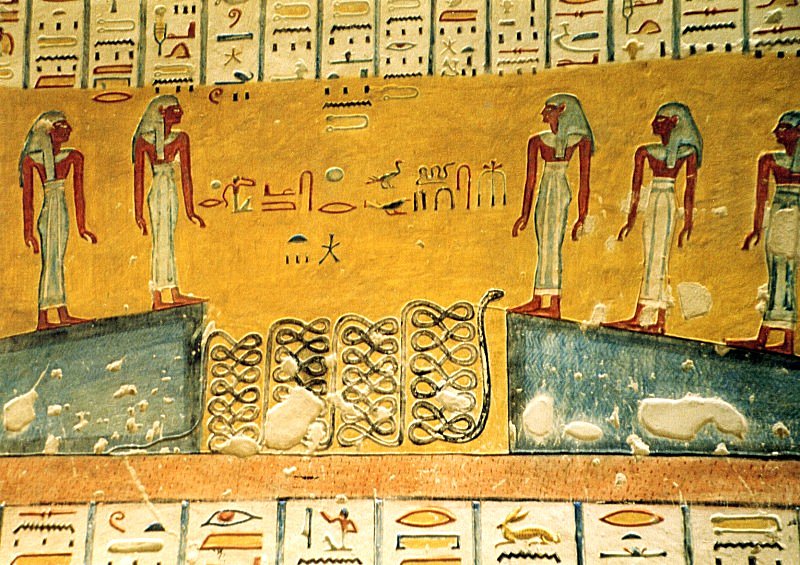 Apophis in his realm – Duat. Source

One ritual included the depiction of  Apophis, whose symbolical destruction was equal to the destruction of the enemy. The Egyptians used to build wax figures of the snake, which they then disfigured and dismembered. This ritual was supposed to give the gods a particular advantage against Apophis.

Hostility Of Apophis Against God Ra

The story of Apophis's birth was recorded in the second century BC on the walls of Esna Temple, located about 50 km south of Luxor (ancient Thebes). Legend has it, Neith was a fearsome Egyptian mother of the gods and creator of Ra, Apophis, and the universe. At this very moment when the sun god Ra appeared, also the sinister Apophis was born. As we know, good cannot exist without evil since evil is necessary as a counterpart to good, according to the concept of duality.

Ra ruled over sunny days crossing the sky by day in his solar barque accompanied by gods and the dead pharaohs. He traveled through the afterlife by night, a dangerous abode of the great serpent Apophis, whose time and place of action was just there.

During his journey through the underworld, the sun god Ra fought demons, which was nothing unusual because according to the principle of Maat, or order against chaos represented by monsters, this struggle had to happen.

Each Night The Same Battle

So, each night, the indestructible Apophis attempted to put an end to Ra's existence and his rule. Occasionally, during cloudy, darker days and eclipses, the ancient Egyptians believed that Apophis was very close to defeat Ra. 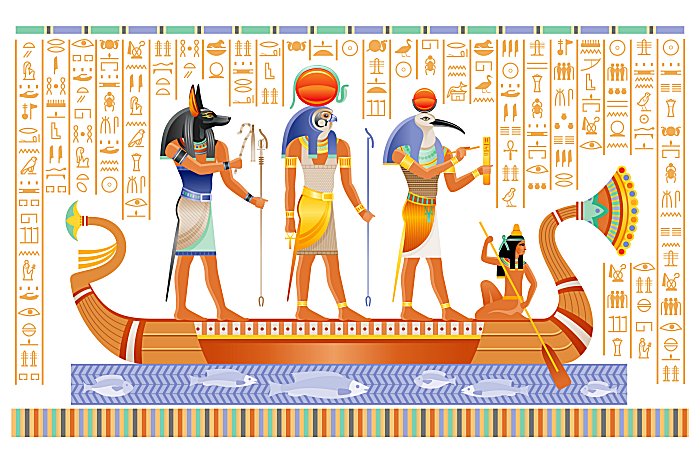 They were wrong because the actual fight between these two eternal enemies occurred only during the night. As soon as Ra's barque disappeared from the sky, Apophis and many demons waited patiently at the gates of the underworld to attack. Fortunately, also Ra had many helpers on his boat who were ready to act. Without their assistance, the rising daily sun and the world's existence were seriously in danger.

This over and over again battle could never end. Until the next night, Ra could feel protected and reborn to return the next night and confront the next fight.

First Defeat Of Apophis By Ra

Apop was first defeated by the god Ra, who took the form of a giant cat for this purpose, and then subdued and removed from the world's borders by Seth, who used to help fight the monster at the request of the god Ra.

Using spells, Seth pierced the body of a monstrous snake with spears, but it never helped because the monster regenerated and still posed a threat.

In "The Book of the Dead" there is a prophecy:

"This earth will return  to the primeval water, Nun, to the endless flood as it was in the beginning. And in the end, there will be no gods pr goddesses. Nothing but Atum, the Lord of All who made all mankind and all gods"

Atum was destined to appear as - as serpent.