Conny Waters - AncientPages.com - Archaeologists at Odense City Museums have made a startling discovery in form of a 1.3 kg heavy Bronze sword that was excavated at Håre on West Funen, the third largest island in Denmark. 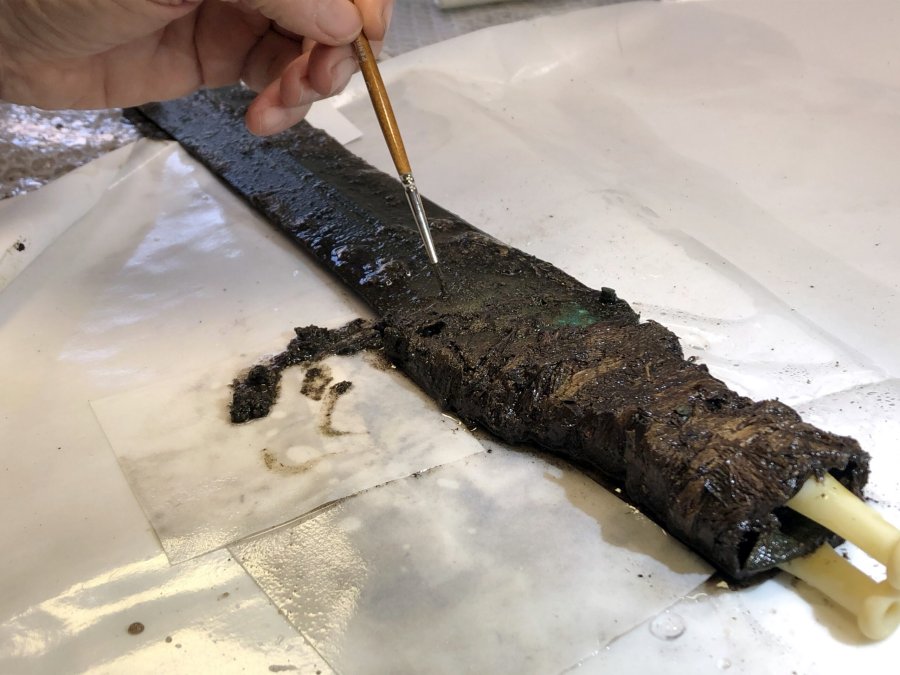 "We are dealing with a 3,000-year-old wonder," according to Chief Inspector Jesper Hansen.

The sword is believed to date from the Bronze Age period IV and is rare. In addition to the bronze part being intact, it is completely unique that this sword has a preserved grip of wood/horn/tack. The sword has been neatly wrapped with a bast material before being laid in the ground.

The artifact is considered a sacrificial find that was laid down in a simple pit in a settlement.

Stone Age burial chambers remain on the island, as well as numerous Viking relics, including the famous Ladby-skibet, located 12 miles (19 km) east of Odense, the burial ship of a Viking chieftain (c. 950), and a “ship monument” (grave enclosed by standing stones in the form of a ship) west of Odense.

Always a stronghold of the Danish aristocracy, Funen is rich in old castles and manor houses.

The settlement was encountered during a large archaeological investigation which has been ongoing for more than a year. The work is being carried out ahead of the establishment of a major gas pipeline, the Baltic Pipe, which extends for over 60 km. within the museum’s area of responsibility.

This has been a huge project, during which the museum has examined the route of the pipe and its associated depots.

The sword is carefully picked up from the ground and transported to the museum's department for preservation and conservation. 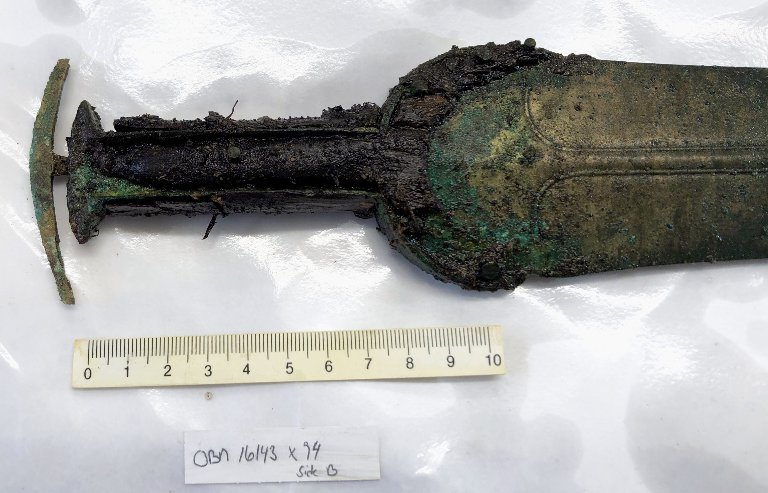 The sword has been neatly wrapped with a bast material before being laid in the ground. Image credit: Odense City Museums

With the sword's different materials, the preservation is a complex matter, and therefore the sword's grip assemblies and winding have now been dismantled, so that metal, wood, horn, and bast can be preserved separately. In connection with the conservation work, samples are taken to determine the species of the various materials (plant fibers, horns, and wood). Plant fiber extracts will be used for carbon 14 dating so that one can accurately confirm the age of the sword.

A metal sample contributes to the provenance determination of the metal alloy (bronze) from which the sword is made.

When the analysis and conservation work is completed, the conservator will reassemble the sword and it will be ready to show off in all its splendor. It will definitely be a tributary, as we can then both show and tell the whole story of this marvel from the Bronze Age. The sword will be exhibited at Møntergården