A. Sutherland - AncientPages.com - Wampum belts existed long before the European contact with the Native Americans and were used as the official tribal records, to keep historical records, to commemorate important events such as festivals or served as public records of treaties. 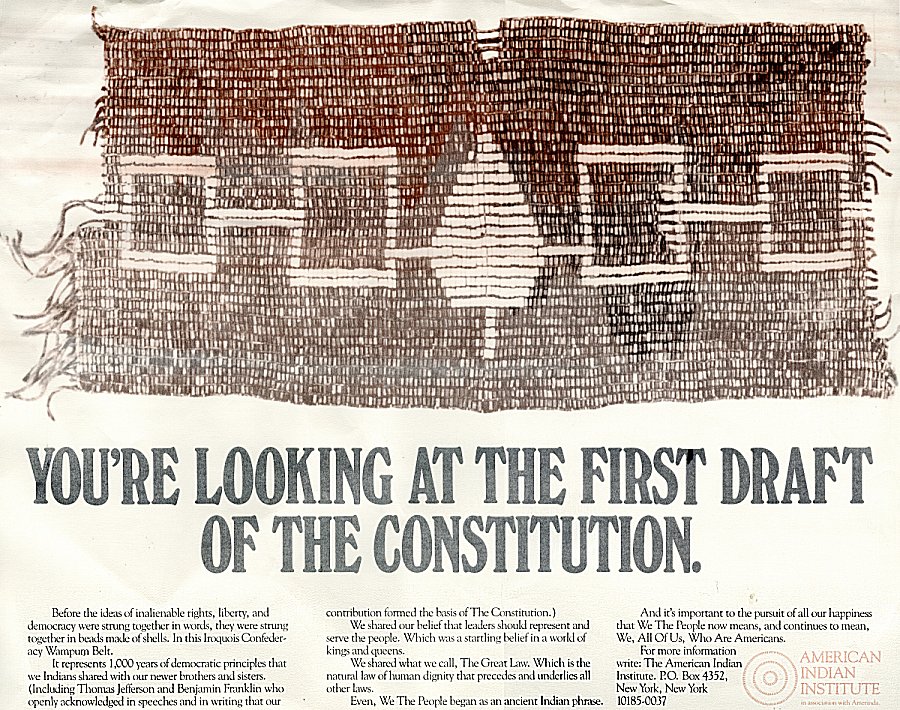 On one such wampum belt recorded the so-called 'Great Law of Peace', the oral constitution of the Iroquois Confederacy, a symbol of unity among the Five Nations (the Mohawk, Onondaga, Oneida, Cayuga, Seneca), which later this constitution with the sixth nation (the Tuscarora) being added about 1142.

The eastern Algonquians who lived along the coast of New England and neighboring Iroquois Indian tribe used wampum for ceremonial purposes. However, it is supposed the Iroquois were the first who started to manufacture the valuable beads for wampum.

They made the belts, strands and ribbons of beautiful, polished shells in many colors.

The belts were also valuable for communications, and as articles of exchange in form of gifts, jewelry and trade goods.  Later, English and Dutch settlers began to manufacture wampum of glass beads from Europe in order to trade with the Indians and thus Wampum became an important form of money. 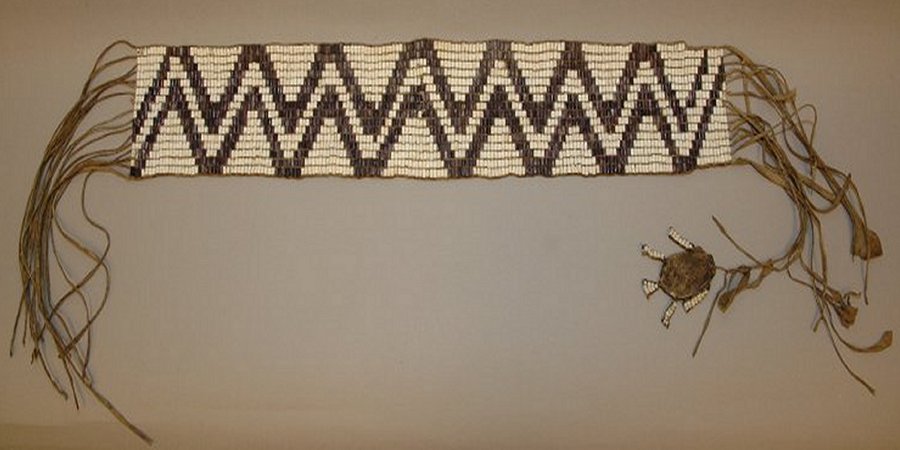 Wampum belt, with a white ground, and two parallel zig-zag lines of purple wampum, three beads in width. Most of the length of the belt is 16 beads wide; however at one end, 12 beads in from the end, the number of skin warps is reduced from 17 to 15. Image credit: British Museum

Wampum (from ‘wampumpeag’, in Algonquian, means "white strings of shell beads) were made of countless beads of white and purple seashells. This one (above) has a medicine bag attached in the form of a tortoise – the animal, which was believed to support the world.

Keepers of the Wampum were respected tribal dignitaries who stored historic strings and belts in special wooden boxes. At the great festivals, ceremonies and annual tribal meetings, the belts were brought out and stories associated with them were recited to the people who could acquaint themselves with the tribe’s history and traditions. 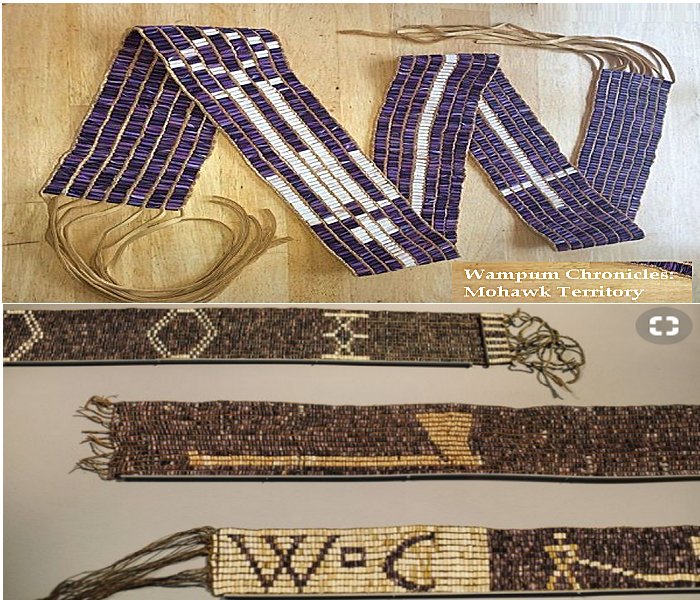 Above: The Wampum Chronicles: Mohawk Territory; Below: “Nation to Nation,” focusing on treaties, indicates a new, more historically serious direction for exhibitions at the National Museum of the American Indian.

Young men were chosen to be assistants and servants to the Keepers of the Wampum and thus they were given a special opportunity to learn the Wampum tradition.

This knowledge was important because, one day these young men would be able to take over the whole responsibility of preserving historic records of the tribe and maintaining the old custom of holding faithfully to tradition.

In addition, wampum belts played an important role during gatherings of tribal councils to demonstrate acceptance or rejection of proposed ideas. According to the tradition, a speaker ended his remarks by passing a belt across the council fire (always kept burning continually during a council of American Indians). 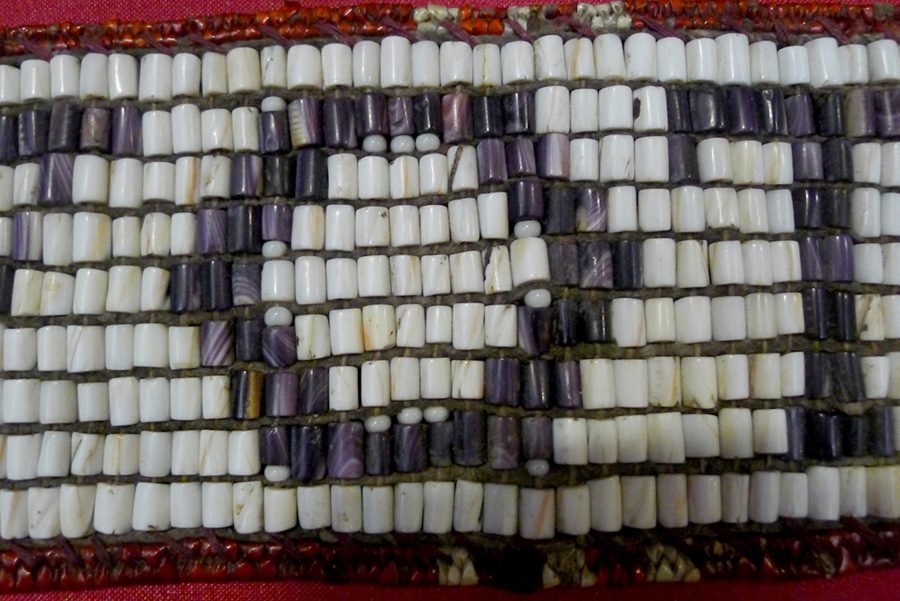 If one of the listeners tossed a belt aside, it meant that he rejected or doubted what the speaker said.

The oldest existing wampum belt is the Huron belt, which was given to the Jesuits commemorating the first mission house built in Huronica. It was offered and accepted in 1638, and is presently stored in the Vatican.